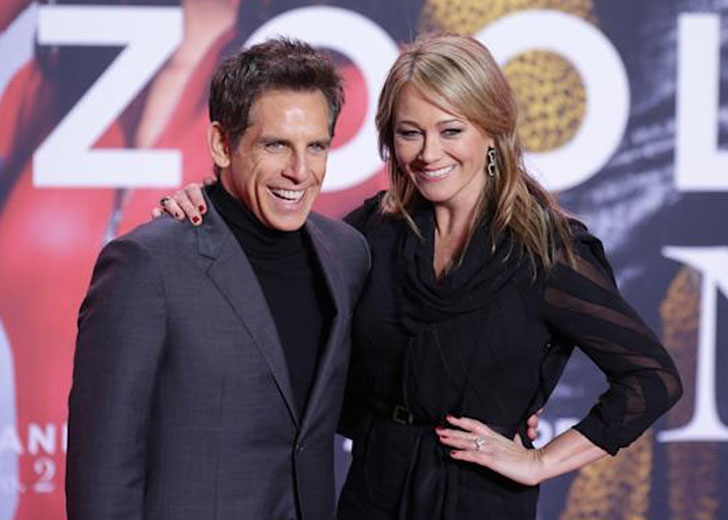 Ben Stiller was born and raised in the limelight among Hollywood stars as the youngest children of late legendary comedians and actors Jerry Stiller and Anne Meara.

Coming over to his personal life, it’s just about talked about like his professional life. Stiller has been in a marital relationship with his longtime wife, Christine Taylor. They are parents to two kids from their marriage: Ella Olivia Stiller and Quinn Dempsey Stiller.

Stiller and Taylor seemed perfect for each other – and they still are – but there was a time when they had called it quits in their relationship. Read on to discover more!

The now-married couple first met each other in 1999 while filming a never-broadcasted TV pilot for the Fox Broadcasting network titled ‘Heat Vision and Jack.’ They eventually began dating. In the following year, they decided to take a leap in their relationship.

On May 13, 2000, Stiller and Taylor walked down the aisle and shared the wedding vows. Their oceanside wedding ceremony was held in Kauai, Hawaii. However, the lead-up to his marriage with his wife was a little similar to one of his hit films.

In an interview with Parade magazine in 2013, he said, “It was like ‘Meet the Parents’ in real life, because Christine’s father is an intimidating guy who owns a security company. We’re good friends now, but at the time I was in the basement rec room saying, ‘I really would like to marry your daughter.'”

After getting married, they settled down in New York City. Less than two years later, on April 10, 2002, they welcomed their first child, a daughter named Ella Olivia Stiller. Taylor gave birth to their second child, a son named Quinn Dempsey Stiller, on July 10, 2005.

After getting married, the couple also worked together on several acting projects. Some of the hit movies they co-starred in are Zoolander, Dodgeball: A True Underdog Story, and Tropic Thunder.

Additionally, they had co-starred in the movie Zoolander 2 and the TV shows such as Arrested Development and Curb Your Enthusiasm.

After all that the couple had been through – including Stiller’s prostate cancer journey, his mother’s death, and more – it seemed as if the couple had a strong bond that would never crack.

However, that crack did come in May 2017 when they announced their separation. In a joint statement provided by Stiller’s publicist to USA Today, the duo had stated:

“With tremendous love and respect for each other, and the 18 years we spent together as a couple, we have made the decision to separate. Our priority will continue to be raising our children as devoted parents and the closest of friends. We kindly ask that the media respect our privacy at this time.”

The news of their split was a shock to everyone. People were wondering if the split would eventually lead to a divorce. Thankfully, that wasn’t the case.

Ben Stiller and Christine Taylor reunited during the pandemic

In the pandemic, several people got disconnected from each other. Besides, the pandemic led to the end of many couples’ relationships. But it was the opposite in the case of Stiller and his separated wife.

In an exclusive interview with Esquire, published on Tuesday, February 22, 2022, the actor revealed for the first time that he and his wife reconciled their relationship and got back together during the pandemic.

In the interview, he mentioned that during the starting phase of the pandemic, he and Taylor deemed it perfect for him to move back into the family home – the only possible way Stiller would be close to his children during the pandemic.

The actor continued, “Then, over the course of time, it evolved. We were separated and got back together and we’re happy about that. It’s been really wonderful for all of us. Unexpected, and one of the things that came out of the pandemic.”

Following that, he drew a quirky and funny “Stillerian” analogy about the realization that makes a marriage work. Stiller mentioned that he didn’t like horseback riding a few years back, and he didn’t do it even if he had the chance.

Ben Stiller with his wife Christine Taylor and their children in 2013 (Photo: AXELLE/BAUER-GRIFFIN)

“Now, I like horses! I think they’re beautiful. I like petting them,” he added. “I like watching people ride horses, I like watching my kids ride horses. I just don’t really love riding horses. And once you know that, it just saves a lot of energy.”

“So, yeah, I think we have a respect for the ways that we’re similar and the ways we’re different. And I think accepting that, you can really appreciate someone more because you’re not trying to get them to change for you.”