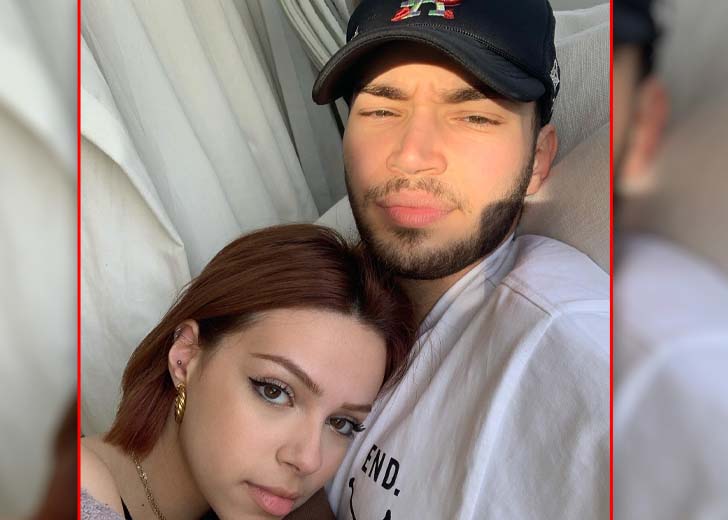 Adin Ross has spiced up his content on his Twitch and YouTube channels by going on e-dates with some internet celebrities. Ladii Scorpio, Demi Raquel, Chey Anderson, and Dana Rose are some of the celebrties he has gone on some fun e-dates.

This made his fans confused about whether the Twitch streamer is still in a relationship with his girlfriend Pamibaby. But, things got clearer during one of his e-dates, which was streamed, with adult film star Abella Danger.

During their e-date, Danger revealed that she was presently in a relationship as she didn’t know the format of the series. However, Ross reassured her that “It is a dating show,” and he also has a girlfriend.

Ross’ confirmation of still being together with his girlfriend gave some relief to his fans. But, it isn’t the first time that the pair of Ross and Pamibaby sparked breakup rumors. Just a couple of weeks ago, there were talks about their possible split, although no one knew how it started.

Later, some clue came in when Pamibaby – a renowned internet star – hinted the split rumors might have started due to the drama between Ross and his former girlfriend, Corinna Kopf.

The clue that we are talking about is the text message that Kopf had sent to her ex-boyfriend, Ross. And it was leaked by none other than Pamibaby via her Instagram story.

On April 19, 2022, Pamibaby took to her Instagram story to share a screenshot of a text that Kopf had sent to Ross. The picture she posted showed two text messages only, among which the second one was cut in half.

“Want to play Fortnite,” read the first message which was sent to Ross on Friday, December 17, 2021.

After that, the second message was sent several months later, but the exact date is unknown as it only said “Yesterday 10:23 PM” in the image. So, the text might have been sent a day before Pamibaby posted the screenshot, i.e., April 18, 2022.

Coming back to the second message, it read, “Hi Adin, it’s Corinna. I just wanted to tell you personally that I’m really sorry for any drama I caused.”

“I feel like such a dumb [expletive], I was just truly confused and trying to…” the second text ended as the screenshot did show the remaining text message.

Speaking of the drama that Kopf was talking and apologizing about, she might be referring to what she said while she was on Logan Paul and Mike Majlak’s weekly podcast Impaulsive in July 2021.

During her appearance, she had talked a little about her togetherness with Ross. She said, “This is not bad-mouthing, but I really [expletive] up by ever going public with Adin. Truly, it’s like the biggest mistake of my life.”

Kopf then mentioned that she still gets mean messages and comments on her posts and tweets, which have bothered her very much. And when someone named Ricky gave her an offer to be on Ross’ stream and “squash the beef,” she simply denied it.

As she went on, she made it clear that it had been three months – at the time – since she and Ross had been linked and that Ross presently had a coola** girlfriend in Pamybaby. In the end, she stated that she isn’t hating on Ross, but his fanbase is “[expletive] horrible.”

Kopf further clarified everything between her and Ross’ relationship on her Twitch stream on March 6, 2022. She said, “From what I can remember, the main reason for us not talking was because he wanted more of a relationship, and I didn’t.”

Furthermore, she said that she and Ross stopped talking for that reason, and after some time, he met Pamibaby, and they ultimately hit it off.

Ross and Pamibaby first sparked romance rumors back in early 2021. And their relationship was confirmed on April 14, 2021, when Ross shared a couple of snaps alongside his girlfriend on Instagram with the caption “Sprung. @pamibaby.”

Since then, they have always been together. However, as both tend to keep privacy over their togetherness, they rarely feature each other on their respective Instagram handles. Additionally, Pamibaby has only appeared in some of her boyfriend’s streams.

Their privacy has eventually led some to speculate if the two had parted ways. However, that’s not the case. Besides, they seem to be going strong and supporting each other.

For instance, when Ross’ was banned from Twitch for homophobic slur usage, Pamibaby postponed her own Twitch stream. It showed that she was sad over her partner’s ban from Twitch.

And as mentioned earlier, Ross himself said that he also has a girlfriend on his e-date with Danger. So, that surely implies Ross and Pamibaby are still together.

How Much Is Jai Courtney's Net Worth?