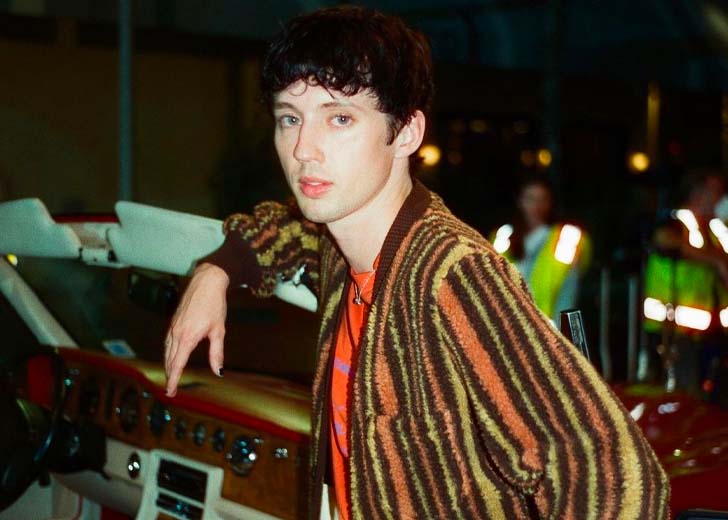 Troy Sivan is in hot waters!

Troye Sivan has found himself in another controversy after an old video of him saying the n-word resurfaced on the internet.

Sivan has cemented himself as an icon and singer in the entertainment industry. He started on YouTube and took part in various competitions, which eventually paved the way for him to be a mainstream singer.

It has been a decade since Sivan debuted, and to date, he has amassed a massive fanbase and following. They love the singer to the moon and back for his personality and humor, and of course, his music.

But now, those fans and followers are dragging Sivan and calling him racist because of his old scandal that haunts the singer every now and then.

When Sivan started making videos on the internet, he used to live stream a lot. He did so with fellow YouTubers like Tyler Oakley.

He used to talk to his fans and followers in the live streams and sing for them. One day, he sang ‘Monster’ by Kanye West ft Jay-Z, Rick Ross & Nicki Minaj.

He was rapping Minaj’s verse, singing, “ That’s how these [n-word] so one-track minded | But really, really I don’t give a [expetive] ” But instead of censoring himself, Sivan said the n-word.

He seems visibly shocked by him saying the word, but regardless, he continues to sing. The live stream and him saying the n-word is about 8-9 years old, but still, it goes viral once in a while.

In November 2022, the same happened, and the fans are turning their back on Sivan.

As expected, the fans are unhappy with Sivan singing the n-word —  they never were. In January 2014, the singer tweeted asking people not to use the n-word and f-word since they were abusive slurs.

However, people in the replies tweeted back at him with the video of him saying the n-word. Since then, anytime the video surfaces, Sivan has been dragged into the controversy and called a racist, and this time is no less.

Many were unhappy that Sivan, another White singer, was using the slur. Similarly, many were unsatisfied that he continued singing even after realizing his mistake.

Regardless, there are a few fans that are defending Sivan. Their defense includes the video being very old and it is an accident.

Similarly, many have noted that the full video of the live stream is being hidden. In the full video, Sivan apologizes to his audience soon after the song.

Despite Sivan apologizing years ago in the live stream, many are not happy. They have noted that even though the singer is sorry for saying the slur, it does not negate the fact that he said it.

Sivan has not responded to the scandal and allegations of being a racist at the time of writing.

The Latest PDF to Word Method in 2022

Everything To Know About ‘Bachelor In Paradise’ Star Brandon Jones