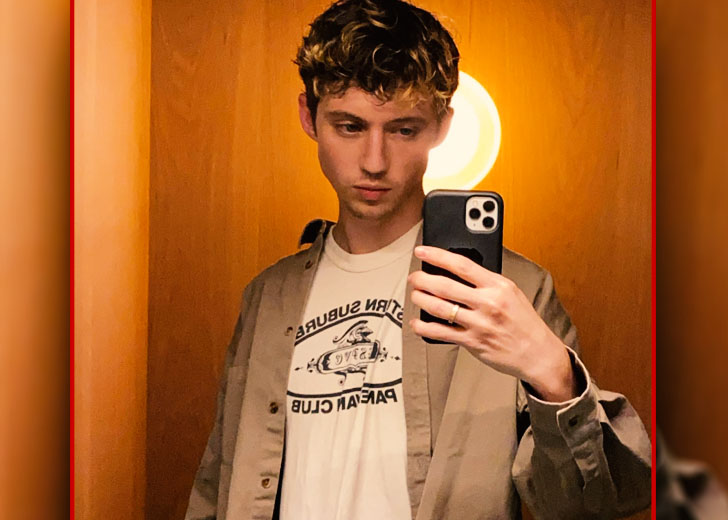 Troye Sivan has been open about his sexuality among his fans and the public since the start.

In a YouTube video of August 7, 2013, the now-renowned actor and singer came out publicly as gay — three years after revealing his sexuality among his family members. In that video, he said he had known about his sexuality for a long time.

Since then, he has been very vocal about the LGBTQ community and has discussed being gay multiple times. Besides, many have viewed Sivan as a Pride icon.

Is Troye Sivan dating a boyfriend?

Fans of the Bloom singer have always been curious to know more about Sivan’s personal life, ever since he came out as gay. So, does the Johannesburg, South Africa native singer have a boyfriend?

As of this writing, Sivan’s present relationship status remains unknown. The 26-year-old actor, who will next be seen as Caleb in Three Months (releasing on February 23, 2022), is somewhat a private person.

He hasn’t shared details about his recent love life among his well-wishers. Neither has he hinted at a possible relationship with a partner through his social media handles, nor has he been spotted with a man in public.

To conclude, his personal life remains unknown for now. And until something comes up, it’s fair to assume that Sivan is currently single.

Before his relationship status became unknown, Sivan was in a long-term relationship with American model and photographer Jacob Bixenman.

The now-former couple first met in early 2016 at a fashion show. They connected immediately and officially began dating each other on February 11, 2016.

In an interview with Attitude UK in June 2018, Sivan was asked if he started dating Bixenman quite soon after meeting. In reply, he said, “It was gradual, but, just as far as labels go, it’s pretty much since the day that I met him. We have seen each other almost every day, unless I’ve been travelling or something.”

Additionally, he was asked what attracted him to Bixenman besides his looks. While answering that, he said, “I don’t know, I mean, I think he’s got like a kind of energy about him, a magnetic sort of energy. I think people can’t help but love him. He’s just got one of those personalities that draws people in.”

As per PinkNews, Sivan and Bixenman initially kept their relationship a secret and went public about it only in August 2016. The duo seemed inseparable as they usually shared pictures alongside each other via their respective Instagram handles.

After being in a relationship for a while, Sivan moved in with his boyfriend in Los Angeles. Everything was going well between the two as well as in their relationship.

But, in January 2019, it was speculated that the duo had possibly parted ways after the actor shared a picture with singer-songwriter Lauv and referred to him as “my new boyfriend” while promoting their single, ‘I’m So Tired.’

Lauv even commented, “We cute” on that Instagram post. Taking that, it was rumored that Sivan and Bixenman had split. However, those rumors were shut down a month later when Sivan posted a picture with Bixenman on Twitter on the occasion of their three years of relationship.

The happy moments of Sivan and Bixenman still being together didn’t even last for a year as they reportedly parted ways for good in early 2020. Fans of the couple had started noticing Sivan’s absence on Bixenman’s social media handles and vice-versa since late 2019.

The final nail in the coffin came when both of them failed to wish each other on their four years of togetherness in February 2020. At that moment, the couple’s fans realized they had broken up.

Later, it was reported that the X-Men Origins: Wolverine actor had moved back to Perth, Australia, to be with his family during the pandemic, leaving Bixenman in Los Angeles. Although their breakup is evident, neither of them has officially confirmed it as of this writing.

In Sivan’s EP, In a Dream, he reportedly addressed his breakup with now ex-boyfriend Bixenman. PinkNews reported Sivan’s statement about the EP as he said;

“A story that’s still unfolding, this small collection of songs explores an emotional rollercoaster period in my life when the feelings and thoughts were most shockingly fresh. Revisiting these songs and moments is tough, but I’m proud of this music and excited to have it out in the world.”

One of the EP’s songs was ‘Easy,’ a song driven by heartbreak that had wrenching lyrics such as: “He made it easy, please, don’t leave me. Now I’m so vulnerable, so sad and alone.” It was believed to be about his relationship with Bixenman.

Before his relationship with Bixenman, Sivan was reportedly dating Connor Franta from 2014  to 2016. The singer had previously mentioned to Attitude UK that his song ‘The Good Side’ was about his breakup before dating Bixenman.