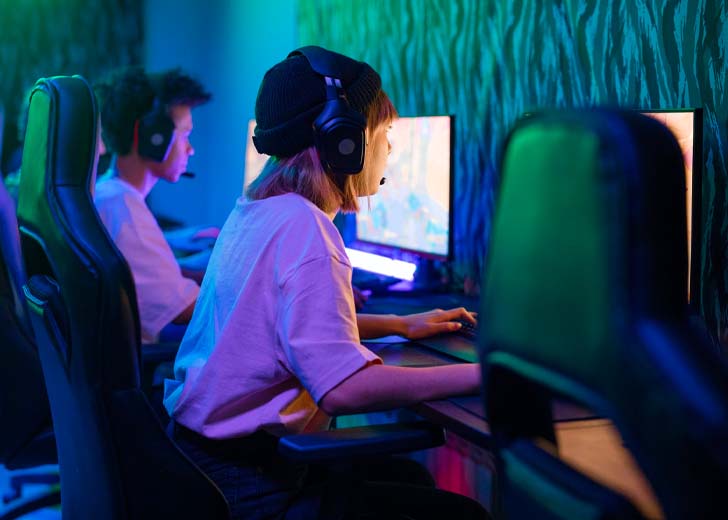 While gaming is largely dominated by men today, it’s no longer the man’s world it once was. Today, women around the world are embracing the professional gaming scenes, constantly impressing fans on a global stage in all-female and mixed-gender tournaments.

These female players explore everything from Joe Fortune’s jackpot slots to competitive video games like Fortnite and Counter-Strike: Global Offensive.

Sasha Hostyn is the current holder of the Guinness World Record for most lifetime earnings for a female esports player. According to Esports Earnings – the same website that Guinness used to validate her record- her total lifetime earnings exceed $400,000.

Hostyn is also a member of Canada’s team Shopify Rebellion and mostly plays StarCraft II, competing worldwide and is a formidable Zerg force.

Xiaomeng Li became popular in 2019 after being the first woman to win the Hearthstone Global Championship and the first female to earn a trophy at BlizzCon. Li is from China and has earned more than $240,000 in esports.

After her BlizzCon victory, Xiaomen Li urged all female players dreaming about esports glory to believe in themselves and ignore gender concerns. She’s truly an inspirational female player to watch.

Katherine Gunn was the highest-paid female gamer before Sasha Hostyn’s reign. She won the WGC Ultimate Gamer Season 2, a reality television show in which 12 gamers compete in various competitive games.

Gunn also worked as a cosplayer and video content developer for Team Envy and played Dead or Alive professionally. She now streams full-time on Twitch and has earned more than $122,000 in esports.

Rumay Wang is a professional World of Warcraft and Hearthstone player who streams full-time. Forbes named Rumay among the 30 Under 30 personalities in Gaming in 2020, with her total earnings from esports surpassing $100,000.

Nina Qual, formerly puCK, is a professional StarCraft II player. She’s made an incredible $86,000 in competitive gaming and has utilized her position to openly discuss what it’s like as a transgender esports athlete. Qual competed in multiple North American tournaments and is still active on the scene and on Twitter.

Ricki Ortiz is an American transgender woman who has been working in the fighting game circuit since 2003. Ortiz rose to popularity in 2003 at the Evolution Championship Series 2003 (Marvel versus Capcom 2) in Pomona, California, where she finished second after competing in 61 events.

Ortiz has been peppering the fighting game circuits with 2nd, and 1st-place finishes over the years. She finally broke through in 2016 at the Capcom Cup, finishing second to fellow American NuckleDu to get her largest monetary reward.

Kasumi Chan is the first of the ‘Big Three’ of American female gamers. Chan finished second in the Championship Gaming Invitational 2006 (Dead or Alive 4) in San Francisco, California.

Unfortunately, she lost against fellow American ‘Master’, but reversed the tables in 2007 when she took first place in the Championship Gaming Series Season (Dead or Alive 4) in Culver City, California, as part of the team ‘Chicago Chimera’ with Black Mamba.

Sarah Lou is a professional female gamer from the United Kingdom, specializing in fighting games. Unlike other female video game players on this list, Sarah made her $50,000 fortune in a single event. Yes, we have another GLHuiHui scenario where a professional female player wins money at a tournament but is yet to compete globally again.

The female British player competed in the 2008 Championship Gaming Series Season (Dead or Alive 4), finishing first with fellow Brit, Messy as part of the squad ‘Birmingham Salvo.’ Her absence in the esports scene in recent years has remained a mystery to many, but that doesn’t mean she’ll be forgotten as one of the world’s prolific female action game players.

Ksenia Klyuenko is Russia’s highest-ranking female video game player. Like many Russian female gamers, Vilga found her place in Counter-strike: Global Offensive and has won first place in 17 events since 2015. That shows her dedication and hard work.

Her most notable triumph came in March 2018 at the World Electronic Sports Games 2017 (Counter-Strike: Global Offensive) Female category. During the event, Vilga gained triumph and a sizable payoff alongside the Russian female pro gamers on team Russian Forces.

Another Canadian esports player, Janet Rose, has played different esports, ranging from Teamfight Tactics to Fortnite. Rose has won over $53,000 in her career, with his most notable achievement coming in 2019 when she won the Twitch Rivals tournament for League of Legends.

Janet’s largest single payout came during week 6 of the Fortnite Fall Skirmish Series, where she ranked 15th and went home with $13,750. Today, Janet still streams her content on Twitch and has amassed a huge Twitter following of close to 500,000 followers.

Posted on August 27, 2022August 27, 2022
A Handy Guide For Coming Up With Compelling Emails From A Popular Paper Writing Service!
Read More

Posted on November 20, 2022November 20, 2022
Once it was confirmed that Alba Baptista and Chris Evans were dating, people had concerns about their age difference.
Read More