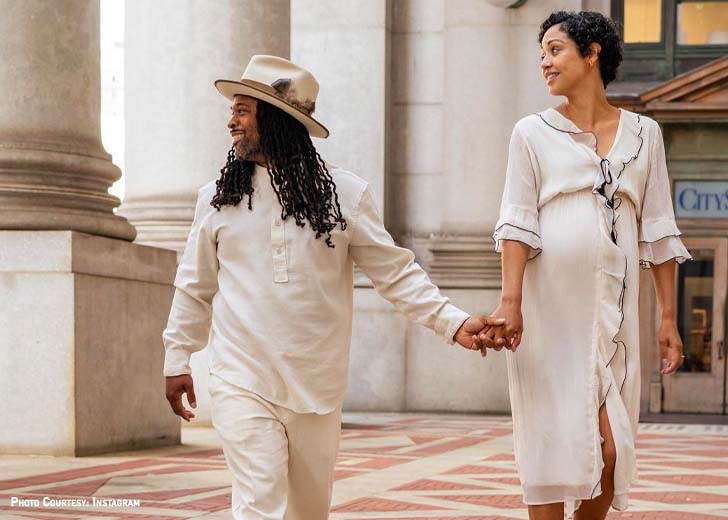 Congratulations to the new parents!

2022 is a very happening year for the Debris actress. First, she announced that she was pregnant with twins via Instagram on June 2022.

She posted a picture showing off her baby bump in a red swimsuit. In the captions, she wrote, “Just over here creating life…👶🏽👶🏽 #twins.”

Secondly, she married her long-time boyfriend, Campbell, on August 1, 2022. It is unknown when the couple started dating, but looking at their Instagram, it seems they have been together for a long time.

Campbell took to Instagram to announce the happy news. He uploaded a slew of pictures of the pair, but most of them were of his partner.

In the caption, he gushed about how much he loved his wife. He noted how sure he would be Steele’s husband the day he met her.

He wrote, “On the day I met @riannsteele, I told anyone who would listen that I’d just met my future wife. I knew it then—one hundred percent certain—and still, I can’t believe it actually happened. She is officially wifey!”

Campbell then appreciated the actress, calling her his dream girl. He explained how he knew he was with her in many other lifetimes and captivated by her in all of them.

At last, he wrote how he could not wait for the babies to be born.

Finally, on October 15, 2022, the pair announced they had given birth to the twins. Steele posted a black-and-white picture of herself with her babies on her lap and tagged her husband in the photo.

She is hugging one baby and kissing its forehead, whereas her other daughter is lying on her legs. Via the caption, she revealed that she gave birth earlier than the scheduled date.

The actress then revealed the names of her twins. Her first daughter is named Margaux Lion and her second baby’s name is Juniper Jack.

The comment section was filled with congratulatory messages from her friends and followers for the new mom. Celebrities like Jonathan Tucker, Thomas Cadrot, Vanessa Kingori, and Cara Theobold, among others, congratulated Steele and Campbell.

All in all, everyone is happy for the new parents and wishes them luck in their journey of parenthood.