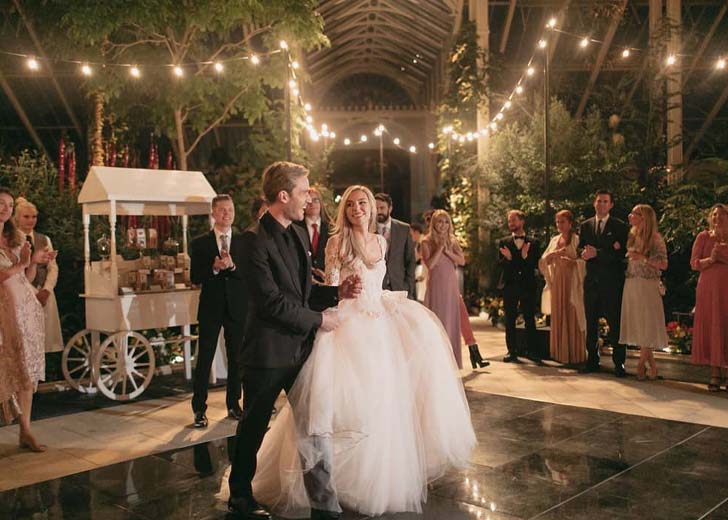 Felix Arvid Ulf Kjellberg, popularly known as PewDiePie, has finally made it to Japan after over two years.

In his new vlog of May 9, 2022, the world-renowned Swedish YouTuber revealed that he has finally moved to The Land of the Rising Sun alongside his wife, Marzia Kjellberg, and their two pugs – Edgar and Maya.

PewDiePie’s video titled ‘It finally happened!’ opened up with him and his wife driving up to London to submit their visa applications. The date on the video showed that the clip was filmed on March 17, 2022.

Then the screen turned black, showing the day they got their visa to Japan – March 23, 2022. Some moments later, it showed the YouTuber holding his passport in his hands as he said, “We’re going,” with a big smile on his face.

“We got approved. I’m so ready. Oh, so happy. It was worth driving to London. So, now we just gotta figure out how to get the dogs there, and I gotta sort out all my boring taxes because everybody wants my taxes,” he added.

After that, the YouTuber showed all the hassles he and Marzia went through as they wanted to bring their pugs with them in the cabin and not send them over cargo because of safety issues.

He said, “We didn’t want to bring our dogs through cargo because pugs already have difficulty breathing and we’re not going to risk their safety just because of that.”

At last, PewDiePie had to book a private jet so that their dogs could be alongside them in the cabin, as other airlines had a weight limit of only 9 kg for pets, including carriers. And their pugs already weigh around 10 kg.

As the video went on, he explained other hassles in moving to Japan, including a lengthy process of verifying their pugs’ vaccinations. However, the video also captured some good moments, including one that showed the YouTuber’s last meet with his old friends in the UK.

PewDiePie and Marzia went bowling with their old friends while still in the UK (Photo: YouTube)

The video then cuts back to the day when PewDiePie, Marzia, and their pugs travel to Japan, i.e., May 1, 2022. When they finally landed on Japanese soil, the YouTuber said he was worried a bit, but thankfully the immigration process went well.

As they travel to their home in Japan, he takes a sigh of relief and says, “We did it.” While ending the around 14 minutes long vlog, he thanked his well-wishers for supporting his move from the start.

He said, “Alright, that’s the end of the vlog. Thanks for coming along. We made it safe. For so long we doubted whether we could even make this move and we went through all the ups and downs and obviously it’s been a really long journey.”

“But I just really really appreciate everyone who were supportive of us going. Just meant a lot that people were cheering for us, you know; I just want to say thanks. I really appreciate it, just feels amazing to be here finally and we’re going to take some days to settle in.”

He concluded his emotional statement by saying that he and his wife cannot wait for the next chapter of their lives.

In 2018, PewDiePie and Marzia first went to Japan on a paid trip by Sanrio, where the couple explored the country’s beauty. They were so amused by the place itself that they decided to make a permanent move in the next year, i.e., 2019.

The couple started to make plans and even brought a property. All of their preparations were going on smoothly, and they had already filled their house in Japan with several decorations and valuable possessions.

Marzia wrote in her Instagram story, “Our house was broken into, and they took 90% of my valuables, from my jewelry to luxury goods and special items I’ve been collecting over the years. It’s all gone.”

PewDiePie and Marzia Kjellberg with their pugs, Edgar and Maya, in 2019 (Photo: Instagram)

While Marzia noted that she might be sounding very materialistic and she should be happy with what she was left with, she could not hide the shock and sadness after her valuables were taken away instantly.

After the robbery, PewDiePie and Marzia were again preparing their house in Japan so that once they moved there, it would be ready. But, another setback came in as the COVID-19 pandemic hit the world.

As the YouTuber explained in December 2021, Japan had closed all of its borders to everyone, including those who already had their visas. Additionally, he mentioned the whole process was becoming frustrating for himself and Marzia.

Thankfully, Japan opened its borders, and the couple has already moved to the country. We wish the duo the very best in the next chapters of their lives in a new country.

Starting a Company in the World of Show Business? Here Are Some Useful Tips