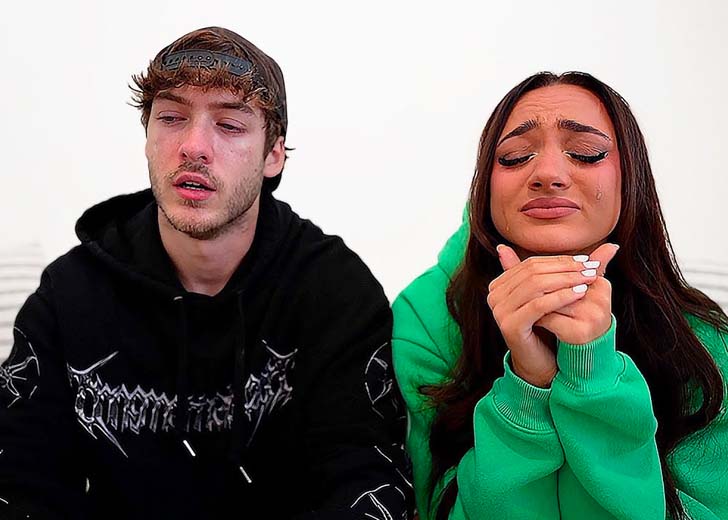 Famous YouTube duo Elijah Wireman and Maddie Joy have decided to go on their separate ways.

Elijah Wireman and Maddie Joy, a famous YouTube pair, had been dating since 2016. They documented the highs and lows of their journey together in vlogs on their shared Maddie and Elijah channel.

Following their incredible love story, the pair embarked on a long, ups-and-downs-filled journey of love. Everything got off to a rather pleasant start among them.

But over time, things changed. Some things went their way, while others were new to them. However, they never gave up and consistently succeeded in their careers by giving it their all.

That being said, the iconic YouTube pair Elijah and Maddie just announced their separation amid recent internet rumors.

On November 19, 2022, the pair shared a video titled ‘we broke up’ on their shared YouTube channel, confirming their break-up after almost seven years of togetherness.

The former pair started the video by talking about their YouTube journey so far and how they have grown up these past years together.

Wireman described that many people did not believe in them from the beginning and claimed that only the two were each other’s backbone while tearing down.

“I still have Maddie’s back I am sure you still have mine,” Wireman said to her former partner while wailing on the video. Further, he stated that it was hard for both of them as they had been together for over six years and had done many things together.

Then, Joy revealed the news saying, “Elijah and I have made the mutual decision to go our separate ways and we did break up everyone asking in the comments.”

“I think the reason we did choose to go out separated ways is because we do love each other so much that if we didn’t do that then we would only be hurting ourselves and we kind of had to,” Wireman reasoned.

Wireman and Joy first met through Twitter back in 2016 and interacted through the platform after she followed him on Twitter in February.

They met for the first time on April 1, 2016, in Columbus when they were roughly 17. She once disclosed that she followed him after she saw him on her timeline. Meanwhile, Wireman was the one to slide in the dm. The ex-couple was each other’s first relationship.

Many fans were disappointed and sad to find that such a well-known online couple had chosen to go their separate ways.

In their break-up video, many followers showed their support and love towards the couple and wished them for their individual future endeavors.

One of the viewers commented, “I refuse to believe you guys won’t be together in the future. You guys were made for each other and everything will work out the way it should. I love you both and I’m so proud of each of you, and you guys together.”

The following comment read, “I felt a personal connection with you both as we accomplished milestones together. This news is hard to hear, but I am so happy for you both and your new journeys.”

Another comment read, “Maddie and Elijah, I will continue to support you both on your separate journeys, and the joy you’ve given me these few years together as a couple was really pleasing for me to watch.”

Kat Stickler Is Pregnant? TikTok Star Did a 'PREGNANCY Q&A' on YouTube