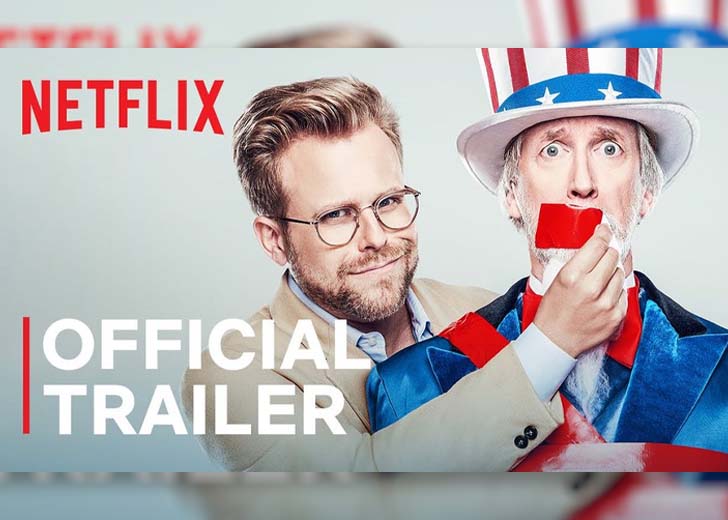 Whether we like it or not, the government plays a significant role in our lives. Adam Conover looks at its triumphs and failures and how we might be able to modify it in the Netflix series, The G Word with Adam Conover.

The official trailer of The G Word with Adam Conover was released on May 3, 2022, on Netflix’s official YouTube channel, and fans have shared their wild reactions to it.

More details about the series

Conover’s new Netflix show, The G Word, is deliberately not a new version of Adam Ruins Everything, as applied to the process of American governance — which you might not realize from the trailer. It adopts much of Conover’s previous show’s tone and many of its tactics.

Furthermore, the comedian has a remarkable way of explaining complicated issues with a humorous anecdote. He’ll do the same with this series, but with more documentary-ness.

He travels throughout America in the episode. The show is based on Michael Lewis’ book The Fifth Risk: Undoing Democracy to examine how government affects our lives daily, for better or worse, and in unexpected and unusual ways.

It does seem to scratch the itch left by everything, namely, a mix of deep-dive study, cheerfully goofy sketches, and Conover’s unique hosting style, with its laser-focus on the absurdities of whatever topic he’s applying it to, particularly this issue.

Is there a more fruitful field for Conover to plow than government (notably, the government of the United States), a topic that’s been wrecked by the day of late?

Each episode of The G Word will focus on a different topic, such as food, weather, money, the future, disease, and “change.”

In the final episode, Conover visits Barack Obama, who also serves as a producer on the show to debate if we can address the plethora of problems he uncovers during the series. However, during the series, Penn and Teller appear as special guests and do some magic.

The show will be brief, with six 30-minute episodes planned. It doesn’t seem like so much time will be enough to unpack everything, but we’ll see how it goes.

Conover released details about the show on social media on May 5; all the six episodes of The G Word will run on Netflix on May 19.

Fan’s reaction to the trailer

After the official release of The G Word with Adam Conover trailer, fans have been quite excited to watch and review all the series episodes. They have also been sharing many positive reactions to the released trailer.

One fan commented, “Love comedic view of problematic issues (Last Week Tonight, Patriotic Act, Ruins Everything), wish we had that in Canada. Somewhat feels weird not to have the Ruins Everything persona, but nice seeing some iconic actors from the series.”

Likewise, another fan wrote on YouTube, “I love him, and bringing a comedic aspect to such an important topic is a great way to educate others. Can’t wait for this.”

Not just on YouTube, fans also had many positive reviews to share on Instagram, and overall it seems that the series will be yet another hit for Adam Conover.

All the best to the entire team! 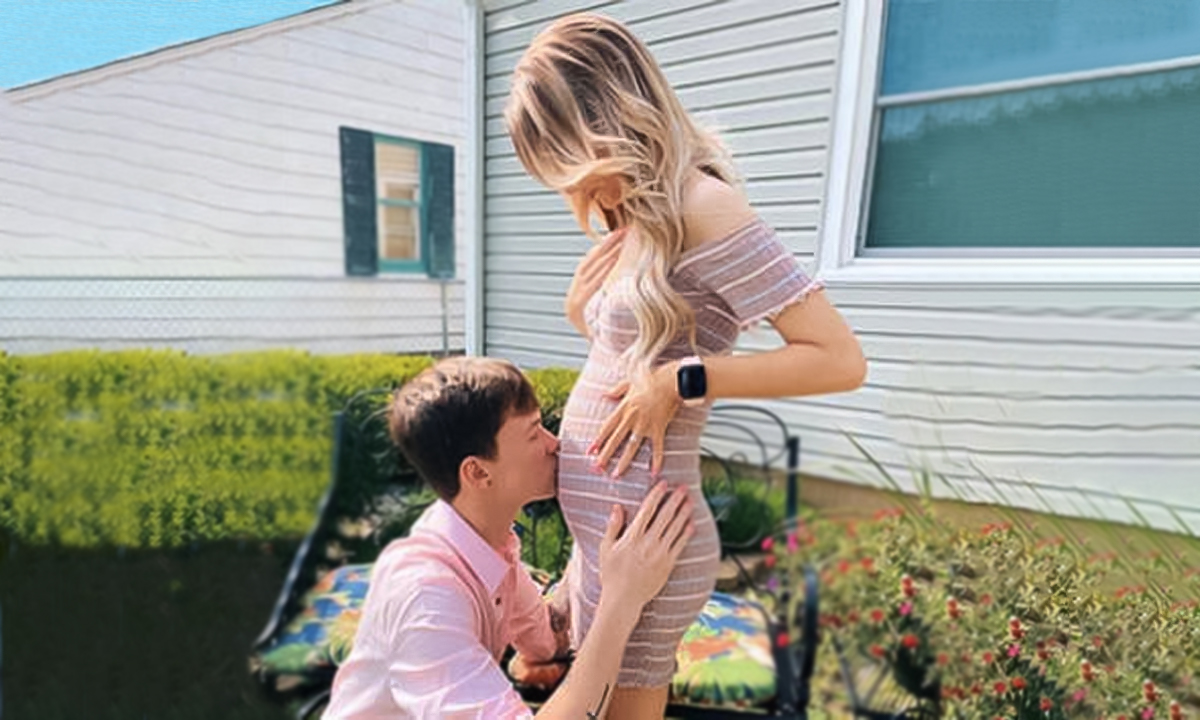 Zoe LaVerne is an American TikTok influencer, YouTuber, internet personality, and singer. LaVerne gave birth to her first daughter in 2020 with her husband, Dawson Day.

It seems like LaVerne wants to get pregnant again. She took to social media to show off her pregnancy test and her desire to have a second kid.

On January 25, 2023, LaVerne took to Snapchat to reveal that she might be pregnant again. She said that she had had some pregnancy symptoms lately.

As a result, she believed that there were chances that she had conceived her second baby. So, she said that she might do a pregnancy test to confirm her speculation.

She confessed she was low-key scared to do the test. But a few moments later, she took the test and uploaded a story on Snapchat saying, “my heart is racing I’m nervous lol.”

LaVerne was disappointed with the result, and it seems she really wants to get pregnant again. She wrote, “i’m sad but it’s ok!! when it’s my time, it’ll be my time.”

Zoe LaVerne took a pregnancy test to reveal that she is not pregnant again with her second baby. (Source: Instagram)

Looking at her message, the TikToker might try to get pregnant again in the near future. Fans were unhappy with her stories since many complained that she was trying to pull a “Cody Orlove.”

Orlove was LaVerne’s former boyfriend, and the break up between the two was bad. After the split, they moved on and stayed in a relationship with other people.

Recently, Orlove took to Snapchat to upload a story of her girlfriend showing off a pregnancy test. This led many to believe that Orlove was going to be a father soon.

However, he later clarified that the test said: “not pregnant.” He noted how he got congratulatory messages from fans and followers, but the symptoms were just a “jump scare.”

Many accused him of click-baiting his fans and followers. Now, they are accusing LaVerne of the same.

Is Zoe LaVerne a bad mother?

Since LaVerne expressed her desire to give birth to a second baby, many have noted that she should not be doing so. They have complained about her being a bad mother to her first child, Emersyn.

When she gave birth to Emersyn, the TikToker had an emergency C-section since her baby was premature, and she claimed that she almost died. Following the birth, Emersyn had to stay at Neonatal Intensive Care Unit (NICU) for quite some time.

For LaVerne, this meant that her income from socials was put to hold. As a result, she did not have a steady flow of income to take care of her baby.

So, she opted for the easiest mechanism to make fast money —  OnlyFans. She offered her fans and followers exclusive photos of her daughter for $15.

LaVerne told Insider selling the pictures “was a way to make money to pay for her extended stay in the hospital and spend more time and focus on her.”

However, this did not sit well with LaVerne’s fans and followers. They complained that she was a bad mother for selling the pictures of her baby.

Moreover, they pointed out that there were different types of people on the internet, and Emersyn’s pictures may be misused. Taking this as an example, many have asked LaVerne not to get pregnant again and have a second baby.

The 95th Academy Awards ceremony, presented by the Academy of Motion Picture Arts and Sciences, will honor films released in 2022 and is scheduled to take place at the Dolby Theatre in Los Angeles, California, on March 12, 2023.

For that, the nominations in all 23 categories for the 2023 Academy Awards, popularly called Oscars Awards, are all set to be announced early Tuesday morning by actors Riz Ahmed and Allison Williams.

Below is all the latest live update related to the 2023 Oscars nominations announcement:

All Quiet on the Western Front
Avatar: The Way of Water
The Banshees of Inisherin
Elvis
Everything Everywhere All at Once
The Fabelmans
TÁR
Top Gun: Maverick
Triangle of Sadness
Women Talking

Actor in a Leading Role

Actress in a Leading Role

Actor in a Supporting Role

Actress in a Supporting Role

All Quiet on the Western Front
Avatar: The Way of Water
The Batman
Black Panther: Wakanda Forever
Top Gun: Maverick

All Quiet on the Western Front
Argentina, 1985
Close
EO
The Quiet Girl

The Banshees of Inisherin
Elvis
Everything Everywhere All at Once
Tar
Top Gun: Maverick

“Lift Me Up” from Black Panther: Wakanda Forever
“Naatu Naatu” from RRR
“Applause” from Tell It Like a Woman
“Hold My Hand” from Top Gun: Maverick
“This is a Life” from Everything Everywhere All At Once

All Quiet on the Western Front
Avatar: The Way of Water
Babylon
Elvis
The Fabelmans

Babylon
Black Panther: Wakanda Forever
Elvis
Everything Everywhere All at Once
Mrs. Harris Goes to Paris

All Quiet
The Batman
Black Panther
Elvis
The Whale

The Boy, The Mole, The Fox and the Horse
The Flying Sailor
Ice Merchants
My Year of Dicks
An Ostrich Told Me the World is Fake and I Think I Believe It

All Quiet on the Western Front
Avatar: The Way of Water
The Batman
Elvis
Top Gun: Maverick

All eyes are were on India’s RRR

Film critic Courtney Howard tweets, “Even though I don’t have to, gonna wake up at 5:30am and watch the #OscarNominations2023. Gotta see if #RRRMovie made the cut. Manifesting those noms for them.”

Fans are not happy with Rachael Lange’s apology. 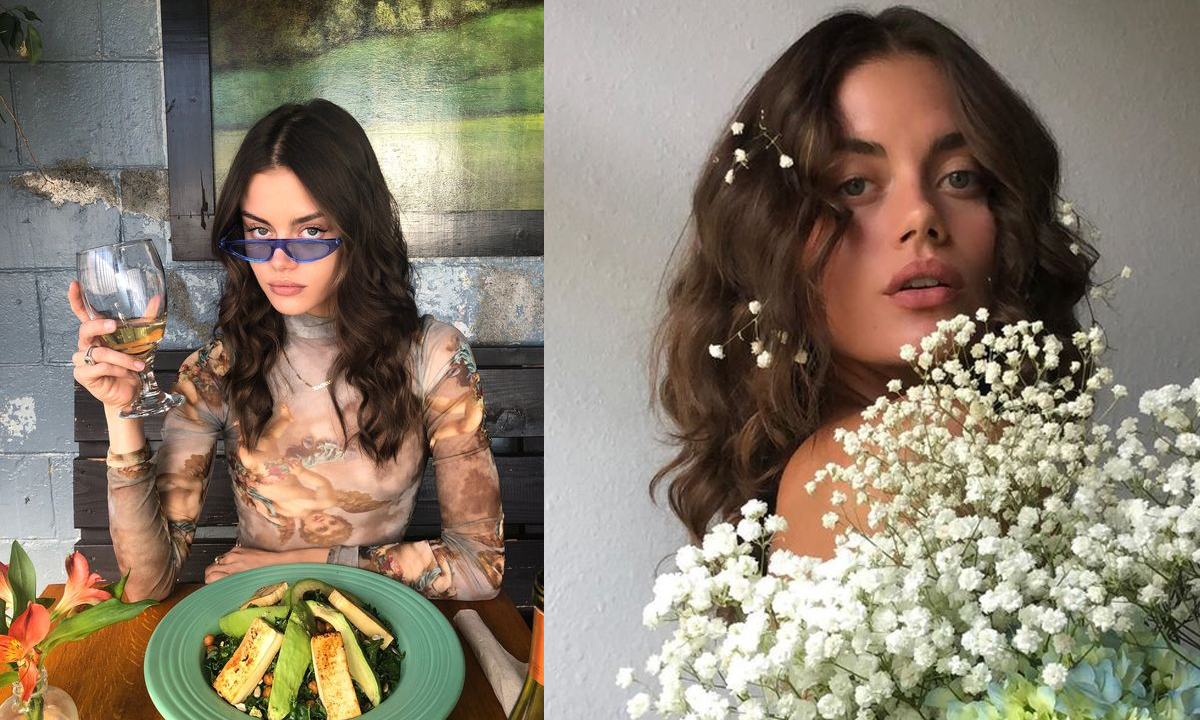 Since January 20, 2023, Rachael Lange has been facing a massive backlash.

This happened as soon as she was seen holding hands with Dylan O’Brien. People thought she was his girlfriend, so they started researching her.

Soon, they were mortified to find out that Lange was a racist who did not hesitate to use the n word. Moreover, she admitted to being a pedophile, claiming to like “small black children.”

To make matters worse, she had now-deleted tweets about her hating Taylor Swift. O’Brien and Swift are very close, and to see O’Brien’s alleged girlfriend slut-shaming Swift was horrifying to a lot of people.

Needless to say, Lange was called out for her actions. The model deleted tweets and blocked several users as well following the backlash.

Regardless, the damage had been done, and people demanded an apology from her. The Elite Model Management NYC  model private her Twitter and, possibly, hoped that the controversy would die down.

But since it did not, Lange took to Twitter to apologize for her actions.

On January 23, 2022, Lange apologized for her actions via a post on Twitter, claiming she was “mortified and ashamed” of her old posts.

She “wholeheartedly” apologized for the now-deleted tweets. She claimed that she was disgusted by her behavior and the way she spoke.

“I would like to wholeheartedly apologize for past tweets of mine. I am mortified and ashamed that they exist; and am truly disgusted that I ever spoke that way,” she wrote.

She admitted that she heard the people’s concerns and issued an apology for the pain she had caused. “All I can say is that I hear you all and am sorry for the pain I’ve caused and contributed to,” she wrote.

She took responsibility and accountability for her actions and claimed that she was ignorant at the time. She promised that she was not the same anymore.

“I want to make it abundantly clear that I take full responsibility,” she explained. “I was extremely ignorant and while I do not remotely resonate with the things I once said, there is zero justification for my ever having said them.”

At last, she sincerely apologized for hurting people with her words. “I understand the significance that my words have and am deeply sorry for the hurt I have caused,” she concluded.

Even though Lange apologized, people were not happy with it. Many complained that her apology was insincere and that she simply did it to save her face.

Moreover, people noted that after the racist tweets and her using the n-word surfaced, Lange’s first reaction was to delete the tweets. Not only that, but she also blocked the people who called her out.

The netizens pointed out that this was Lange’s mechanism to hide her dirty past. They questioned the model and why was her first approach to delete the tweets and not issue an apology sincerely.

After apologizing, Lange has not responded to anything on any platform.