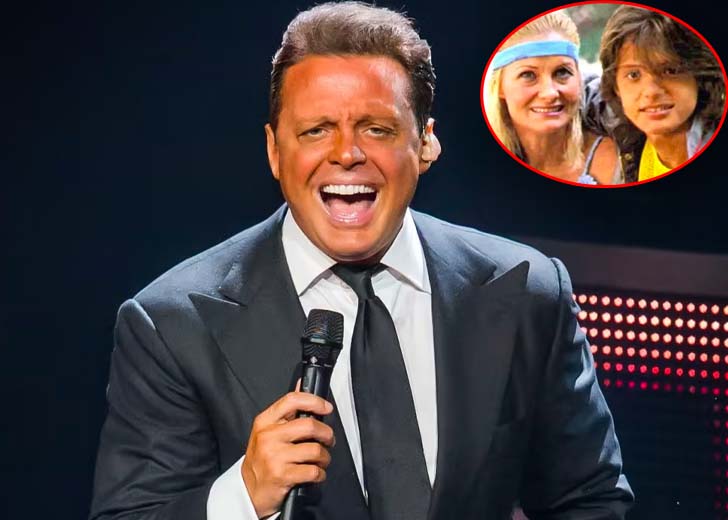 It is said that Marcela Basteri’s husband killed her for money. However, these claims and allegations have yet to be proven.

Luis Miguel is a Mexican singer with over 260 songs with over one million plays, making him the first Latino to achieve this feat.

Surprisingly, his mother, Marcela Basteri, mysteriously vanished in 1986. According to Distractify, the Latin-American singer had a close relationship with his mother. Her mother gave him the nickname “El Sol de Mexico.”

It has been 34 years since Miguel’s mother vanished from his life; no one has heard from her or knows where she is now. The singer’s performance at Luna Park in Argentina in 1985 marked the last time he saw his mother.

She has never been found alive, leading to numerous theories about her disappearance. While some stories claimed she was murdered, others contend she is still alive and well and has other children.

What happened to Luis Miguel’s mother?

Basteri completed filming for her second film, Fever Of Love, on March 16, 1985. Fans were unaware that it would be her final appearance on the big screen. She wanted to stay with her family, but her husband insisted she travels to Spain to meet him.

She was, therefore, dropped off by her family at the Pisa airport on a flight to Madrid on August 18, 1986, and they had complete confidence that she had arrived in Spain. The marriage was already in trouble because the two had been apart for so long.

Miguel wasn’t there to discover what happened to his mother because he was then preoccupied with his tours and concerts. Several theories began to emerge from various perspectives over time.

Luis Gallego Sanchez, also known as Luis Rey, her husband, who last saw her, claimed that Basteri had left with her Italian lover.

The second and most widely accepted theory is that Rey murdered his wife to obtain money. In an interview with the Mexican entertainment show Venga la Alegria, Garcia disclosed that Rey had asked him to assist in the elimination of Marcela in 1986 so that he could have complete control over his son’s finances.

According to some reports, Rey hid his involvement with several illegal businesses by registering several companies under Marcela’s name that he founded with Miguel’s money. All of this money would be his if something happened to his wife.

According to Rey’s sister-in-law, the scheming husband drowned his wife in a pool. However, these claims and allegations have yet to be proven.

Did Lui Miguel ever find his mother?

No, Miguel has not yet found his mother, but several years after Basteri’s disappearance, the truth about the mother began to emerge. On December 9, 1992, Miguel paid his manager, Hugo Lopez, a visit and informed her that his mother had been seen leaving a bank the previous year.

Luis Miguel is still looking for an answer about his mother’s disappearance. (Source: Instagram)

The singer was desperate for answers to the questions surrounding his mother’s disappearance. He expanded his search by engaging the services of a reputable Israeli intelligence agency to monitor the new trial.

When he returned, the agent informed the singer that the woman leaving the bank was not his mother, but she did have Marcel’s passport, which she was using to gain access to his account.

The agent had photos to support his claims, citing one of them. Miguel recognized the lady as Maria, one of their neighbors in Lad Matas.

Posted on August 1, 2022August 1, 2022
Nick Jonas thinks Frankie is a great uncle to all the kids in the Jonas family.
Read More