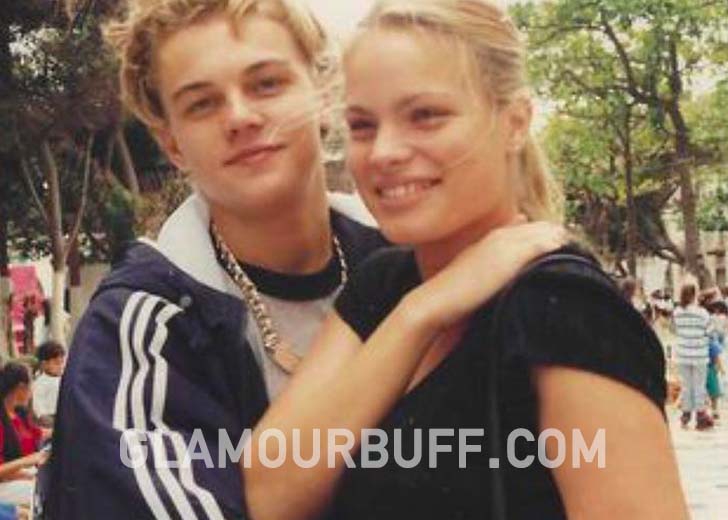 Leonardo DiCaprio has been trending recently after his breakup with his girlfriend, Camila Morrone. The pair parted ways after dating for four years.

However, netizens saw an uncanny pattern in the actor’s relationships. He often dates women below 25 and breaks up with them after they turn 25.

People are now claiming that DiCaprio dumped his women after they reached 25. When DiCaprio ended his most recent four-year relationship, the internet couldn’t help but note that his model ex-girlfriend only turned 25 a few months ago.

Many people are calling him names now, but some believe it is merely a coincidence. The Shutter Island star’s former girlfriend Kristen Zang is one of them.

Zang is now a married woman and lives a private life with her husband in Oregon. But on September 7, 2022, she wrote to PEOPLE and defended her former partner.

Who is Kristen Zang?

Zang is a model, actress, and entrepreneur who was one of the most sought-after stars in the 90s.

She grew up in the Michigan countryside and was discovered at 14. This started a whirlwind career immediately after signing with Elite Models.

The model spent summers in big cities before leaving home for good at 17. She has been in several ad campaigns and periodicals and has gone on to do movies, guest roles on television series, and national advertisements.

Her passion for animals, culinary talents, and extensive understanding of nutrition inspired her to create Emma Lou’s Homemade Kitchen, a gourmet, human-grade dog food business. While she still likes being in front of the camera occasionally, she enjoys operating her firm, volunteering for dog rescue, and spending time with her beloved husky mix, Emma Lou, and lab mix, Meester James.

Zang established her brand after receiving shocking news shortly after adopting her pet Emma. Emma was diagnosed with Distemper, a disease that requires the euthanasia of the majority of afflicted dogs.

The actress set out to learn all she could about canine nutrition and the pet food business to help Emma. She interviewed veterinarians, nutritionists, and other professionals when researching the diets of the majority of dogs.

She discovered that the majority of what was offered at pet shops was unhealthy for them. Zang used her study to create homemade dog food that adhered to the AAFCO’s suggested nutritional balance of proteins, vitamins, fats, and micronutrients.

She started feeding it to Emma. All indications of Distemper vanished as a result of Zang’s creation.

As a result, Emma survived to be 17 years old. Zang wanted to share the pleasure of Emma’s recovery to perfect health with other dog owners after experiencing it herself.

What started as a tiny enterprise out of her house has grown into a quickly expanding firm that serves many pleased and consistently returning clients, including a huge celebrity clientele.

She now works in a professional kitchen to handle the amount of food she produces, but she keeps her personal touch by preparing everything from scratch.

An ex-girlfriend of DiCaprio, Zang wanted to remind everyone that life does not cease when you reach the age of 25. She wrote an op-ed for PEOPLE in which she criticized the ageist tone of headlines about Leo’s separation from Morrone.

She penned how people can and should do better, especially not give the wrong message to people. Zang dated DiCaprio from 1995 to 1999, which is where the infamous graph began.

She talked about her experience dating the Oscar winner. They met casually through friends when Zang was 19 years old.

However, they started dating when they were both 21. Zang then discussed working with him on Romeo and Juliet, Titanic, and The Beach.

She visited DiCaprio for a long time when he was on sets in different countries. They were like “one big happy family” since his friends loved her and she loved his.

She called the Don’t Look Up actor “a very sweet and thoughtful boyfriend.” Their relationship was not all rainbows and butterflies, so they parted ways in 1997 before getting back together shortly after.

Unfortunately, four months after her 25th birthday, they broke up for good. Zang said she ended her relationship with DiCaprio because being in his Hollywood friend-group environment seemed too much like being trapped in high school.

Zang quit modeling to pursue her love for dog nutrition and launch her firm. She revealed that she met the love of her life, her current husband, Shea Dale, at 40.

She wrote, “Life gets so much better after 25. Yes, you get more wrinkles, but you also have more confidence and love for yourself.”

Addressing DiCaprio’s breakup once more, she noted that no one knows what happened between him and his former girlfriend. Zang gave a few possibilities as they might just be on a break and will start dating again.

Similarly, she pointed out that maybe Morrone is ready for the next chapter in her life that did not include DiCaprio. Regardless of it all, Zang reminded all the viewers that it was none of the business of the netizens.

She wrote, “As far as Leo and his latest breakup, who knows what happened. Maybe she really cared for him but was just ready for the next chapter, perhaps it’s temporary, or maybe it’s none of our business.”

At last, she asked everyone to stop with “ageist headlines and comments” but keep making funny memes because “they’re stellar.”