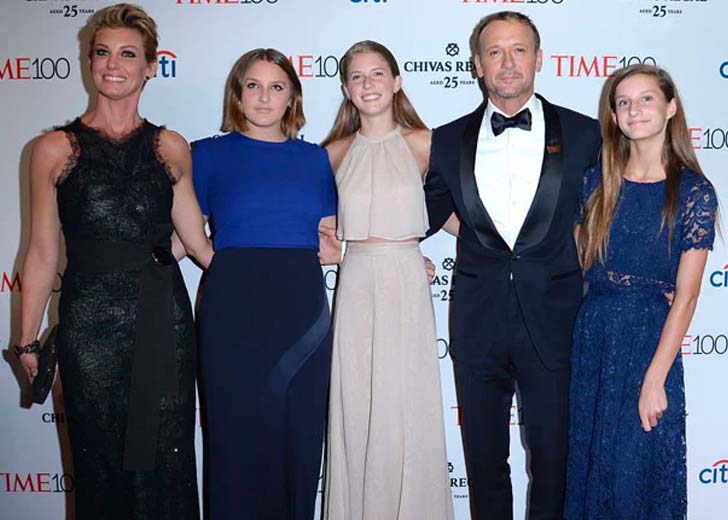 All about Gracie McGraw’s life!

Tim McGraw and Faith Hill, country music’s power couple, have been married since 1996.

Since becoming first-time parents to their oldest daughter, Gracie McGraw, they’ve shown themselves to be fantastic father and mother. Gracie was born on May 5, 1997, in Nashville, Tennessee, making her age 25 as of 2022.

She is the oldest of the three McGraw siblings. Like her parents, she is also interested in music. Moreover, she has a couple of songs to her name.

Here is everything we know about Gracie and her life, including her parents, dating life, boyfriend, and siblings.

Maggie, McGraw and Hill’s middle child, was born on August 12, 1998. Her father proudly claimed on Instagram that she finished her Master’s degree from Stanford University in the summer of 2021.

He wrote how proud he was of his daughter and admired her work ethic and love for her family. Maggie has kept most of her social media sites secret.

However, she has attended a few public events with her parents, including the AMAs with McGraw in 2016.

Gracie McGraw is the oldest daughter of her parents, Tim McGraw and Faith Hill. (Source: Instagram)

Audrey, Hill and McGraw’s youngest child, was born on December 6, 2001. Audrey, like her parents, has been working in show business since graduating high school in June 2020.

As of 2022, it is unknown if McGraw has a boyfriend. Similarly, there is no information as to if she is dating anyone.

However, in the past, her father has shared an instance of meeting his daughter’s boyfriend. When Gracie first started dating, her parents were okay with it.

But they wanted to get to know the boy and make sure he was a gentleman. Tim explained that he wanted the guy to come by the house so he could greet him and look him in the eyes.

But unfortunately, the singer came home in the early morning hours and completely forgot about the meeting with Gracie’s boyfriend the following day.

When Gracie’s boyfriend came, Tim was grilling something in the kitchen, and he was dressed in a white apron and wielded a knife.

Moreover, he was cutting meat, so fragments of flesh and blood were evident all over his apron. “Blood everywhere,” Tim recounted.

He continued, “The doorbell rings, and I go and answer the door, and here’s this kid who’s dating Gracie standing there. I’ve got a knife in my hand and a bloody apron on…It worked out really well!”

Like her parents, Gracie is a talented singer. Following in the footsteps of two of the world’s most prominent country singers might be scary, but Gracie has demonstrated she has her own enormous voice at various times.

She often posts covers on Instagram and wows the audience with her incredible voice while singing. For instance, her cover of ‘I’m Not That Girl’ from Wicked left people wanting more.

She also demonstrated an interest in singing professionally when, at 18, she headed an all-female alt-rock band named Tingo. She was the primary singer and also played the rhythm guitar.

The band performed at various places during school breaks and recorded their songs. ‘Underlying Sexual Desire,’ ‘Fireman,’ and ‘Tinted Red’ are among their well-known tracks.

However, the band is no longer making music together. Similarly, in 2015, she joined her father on stage at Nashville’s Bridgestone Arena to perform ‘Here Tonight.’