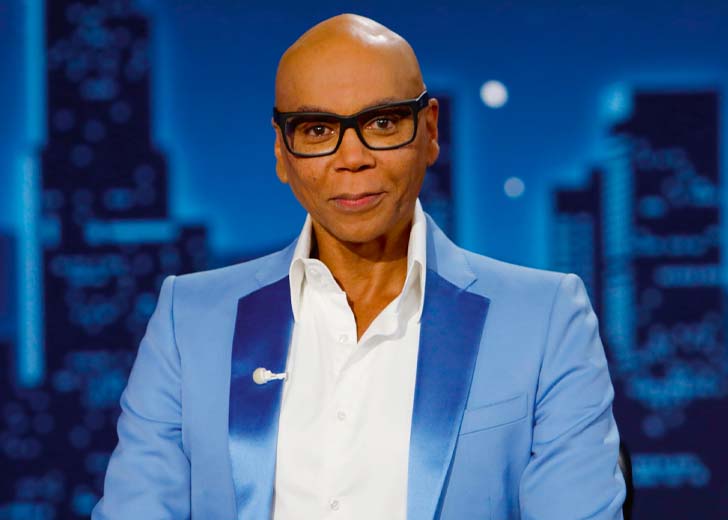 Popularly known for his cross-dressing personality, the drag queen RuPaul Andre Charles is an American actor, television host, model, producer, singer, songwriter, and author. His noteworthy work includes him hosting the VH1’s reality show RuPaul’s Drag Race for which he has won two Emmy Awards in successive years 2016 and 2017.

RuPaul initially set his feet in the entertainment industry in the early 1990s with his debut album Supermodel of the World (1993). What followed him after the success of his album was a handful of opportunities to create more musical albums, and careers as an actor and television host.

Besides his entertainment career, the two-time Emmy Awards winner is a front-line supporter of LGBT rights. Thereby, he was also recognized with the honor of one of the hundred most influential people of 2017 by Time magazine.

The San Diego, California native RuPaul was born on November 17, 1960, as the only boy of his parents’ four children. When he was seven, his parents got divorced, and after that, he lived with his mother and three sisters.

At the age of 15, he along with one of his elder sisters moved to Atlanta. There, he attended the Northside School of Performing Arts.

He, then, started performing drag at nightclubs in Atlanta, appeared in low-budget films, and worked as a backup singer for Glen Meadmore and drag queen Vaginal Davis.

Journey To His Debut Album Supermodel of the World

After being unable to establish any career in Atlanta, RuPaul moved to New York City in 1987 in the hope of giving new wings to his dreams.

In NYC, he joined a new festival known as Wigstock through which he performed drag, mainly in the East Village area. Slowly and gradually, the festival started growing, which also boosted the career of RuPaul as a hit club dancer. He was also recognized as the Queen of New York by the end of the 1980s.

Considering his popularity, RuPaul was approached by Tommy Boy Records to sign a recording contract in 1991, and two years down the line, he came up with his debut album, Supermodel of the World. The single ‘Supermodel (You Better Work)’ from the album did wonders for him by reaching No. 2 on the dance club charts and Top 50 on the pop charts.

Soon after his debut album, RuPaul made his debut in a feature film titled Crooklyn in 1994. His film debut was followed by opportunities in other movies like The Brady Bunch Movie, Blue in the Face and To Wong Foo Thanks for Everything, Julie Newmar. Not only in films but he also worked on TV shows like The RuPaul Show, Sister, Sister, and In the House.

Even though RuPaul tasted success as a musician and actor initially, his career actually blossomed and achieved more success after he started hosting the reality show RuPaul’s Drag Race in 2009.

RuPaul, as the host and mentor of the show, try to find out the most glamorous drag queen from aspiring drag queens participates. The show has also seen celebrities like Lady Gaga, and Nicki Minaj, as guest judges.

RuPaul is married to his longtime partner Georges LeBar. The pair, who has been together since 1994, tied knots in January 2017 secretly. The same year in March, RuPaul disclosed the news of his wedding during an interview on Hollywood Today Live.

On the other hand, Georges is an Australian painter born on January 24, 1973.