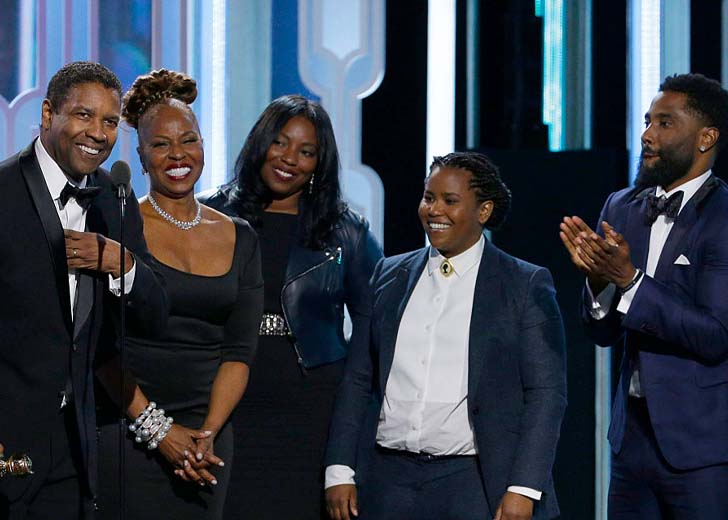 Katia Washington will turn 35 in November 2022.

Besides, she is best known as the elder daughter of Denzel Washington, an American actor, director, and producer.

And Katia prefers to work behind the camera rather than in front. Despite being the daughter of a celebrity, she has made a name for herself in Hollywood through hard work.

Who are Katia Washington’s parents? Her age and education

Katia, the oldest Washington daughter, was born to her parents, Pauletta Washington and Denzel Hayes Washington, on November 27, 1987, in Los Angeles, California. As per that, she will turn 35 in November 2022.

The producer attended a public school in her hometown for her primary education. Later in 2006, she enrolled at Yale University and graduated in 2010 with a bachelor’s degree in history.

Her family had a long history of involvement in the entertainment industry. Her parents are actors, and her father is particularly well-known in Hollywood.

In 1989, he gained international acclaim for his role as Private Silas Trip in the drama Glory. In 2001, he won his second Academy Award for his work in the crime thriller Training Day.

Likewise, Katia’s mother, Pauletta, is best known for her work on the television show Happily Ever After Fairy Tales for Every Child. She has also appeared in films such as The Parkers; She’s Gotta Have It, Burden, and Genius.

Katia Washington has two brothers and one sister

The producer has two brothers, John David Washington and Malcolm Washington. Similarly, she has one sister named Olivia Washington.

When it comes to her siblings’ professions, John began his career as a football player while attending Morehouse College. He was signed as an undrafted free agent by the St. Louis Rams, but he continued playing football in another league after being released that same year.

He eventually retired from football to pursue an acting career — and he landed a starring role on HBO’s Ballers in 2015. His other acting projects include Malcolm and Marie, Tenet, and BlacKkKlansman.

On the other hand, Malcolm has directed The Last Bookstore, Trouble Man, and Benny Got Shot, as well as produced North Hollywood, The Dispute, and Summer of 17.

Katia’s sister Olivia is a model and actress. She’s appeared in a number of films and television shows, including Great Performances, She’s Gotta Have It, Chicago P.D., Mr. Robot, Madoff, and many others.

Katia Washington’s dating life: Who is her boyfriend or husband?

Denzel’s daughter Katia has managed to keep her love life private. However, rumors about her sexuality began to circulate in 2017. Meanwhile, sources say that she is involved in an interracial lesbian relationship.

Some fans even discovered a few photographs of Katia with a woman named Colleen. According to one social media user, her rumored partner Colleen has several photos of herself on her social media handles, including her profile photo.

But despite the rumors, neither Katia nor her rumored girlfriend Colleen has confirmed whether their interracial lesbian romance is faithful.

As per celebsuburb, Katia’s net worth is estimated to be around $1 million. Her primary source of income is her production works in films and TV shows.

She became interested in film and worked in the editorial department on Quentin Tarantino’s Django Unchained. This film featured award-winning actors such as Jaimie Foxx, Leonardo Dicaprio, and Christopher Waltz.

Washington is now a producer and a production assistant. She has worked as a production executive at Bron Studio since 2018.

Apart from her, her parents also have a huge net worth. According to Celebrity Net Worth, her father Denzel has a net worth of around $280 million.

Wedding Bells! Dan Bilzerian's Cryptic Post Hints He Got Married To A Wife