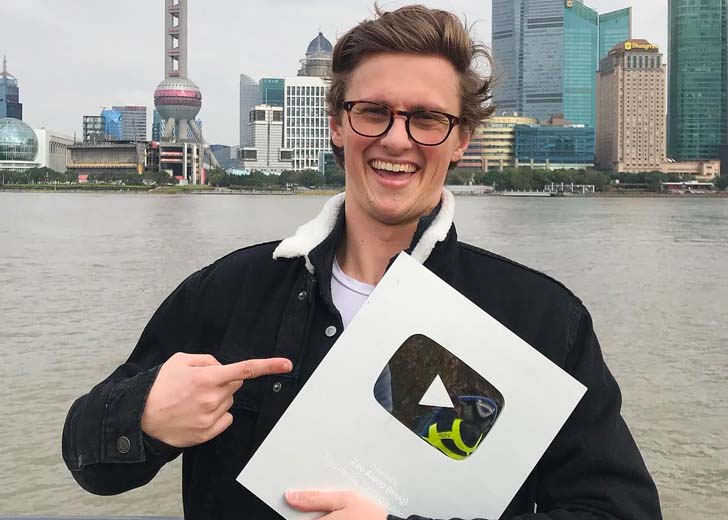 The 27-year-old is a British social media sensation, best known as the creator of the StreetSmart YouTube channel.

His renowned street segments and humorous situations have won him over 1 million subscribers. HBA National Radio Awards named the YouTuber Best Newcomer of the Year back in 2017.

His success grew when he posted a video on YouTube about hiring a private investigator to follow him for a month. And on that video, he got 56 million views in less than 6 months.

According to sources like Famous Birthdays, he claimed in one of his videos that he made himself the World’s Richest Man for 7 minutes by establishing a company. He later explains how he did it and why he had to shut his company down.

With his popularity rising daily, fans are often curious about their favorite YouTuber’s relationship status. So here’s what you need to know about Fosh’s love life.

Max Fosh keeps his relationships out of the limelight

Fosh keeps them away from the glitz and glam of the internet world when it comes to his private life.

Therefore, whether or not the YouTube star has a partner is unknown. We cannot say if he is dating anybody because he has been very private about his relationships.

However, some sources like Celebs Insights claim that Fosh is most likely to be single.

Max Fosh was rumored to be dating somebody

It is not new that celebrities and media personalities are often surrounded by rumors, especially when it comes to their dating life. Fosh was also rumored to be dating a girl from his Instagram post when he uploaded photos with a lady called Serena Hughson.

But the fact that whether they are dating or not has not been public, and both of them are quiet about the matter.

As per DatingRumor, Fosh has recently had at least a few partnerships. But not much about his previous relationships, partners, and breakups are known as he keeps it all under wraps.

He has never been married and does not have children.

Max Fosh is quite fond of his family

Fosh adores his family, especially his younger sister, Talitha Fosh. He frequently shares photos of her and memories with her on his social media platforms.

Regarding his father, he previously uploaded a YouTube video titled ‘How I Legally Became My Parents Favorite Child,’ which now has 611k views.

He also shared a picture with his grandmother on his Instagram back in July 2015.

The information regarding Max Fosh running for Mayor was correct.

He reportedly announced his independent candidacy for London City Mayor via a social media post back in April 2021 despite admitting that he “does not have the expertise.”

Wedding Bells! Dan Bilzerian's Cryptic Post Hints He Got Married To A Wife

Posted on October 11, 2022October 11, 2022
Garcelle Beauvais revealed that she had taken out her breast implants because she had them for a long time, which wasn't healthy for...
Read More