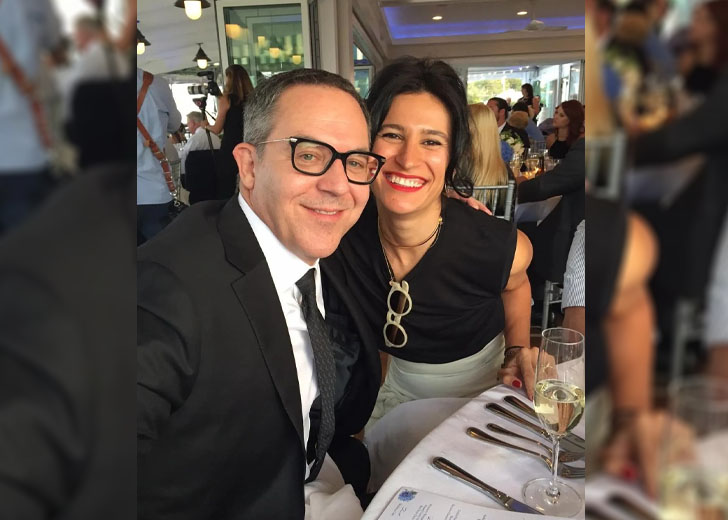 Greg Gutfeld is a renowned American journalist and TV show host who has also acclaimed fame as a political commentator, producer, and author. He is the main host of Fox News Channel’s Gutfeld!, a late-night talk show.

In addition, he is one of the five co-hosts and panelists of the political talk show titled The Five — also airs on Fox News Channel. Speaking of his career as a journalist, he is the former editor of Men’s Health and Maxim U.K. and a former contributor of The Huffington Post.

Not only Gutfeld has acclaimed fame through his time as a journalist, but he has also been lucky to find the love of his life through the same profession. The TV host has been married to his long-time wife Elena Moussa.

Gutfeld’s wife, Moussa is a former Russian runway model as well as a fashion stylist, who has been credited by several magazines from around the world.

Additionally, she was the co-owner of a Moscow-based women’s clothing company called The Moussa Project — she founded it alongside her sister Victoria Moussa. The company, founded in May 2011, is permanently closed now, as per reports.

Born in 1982, Moussa celebrates her birthday on May 4 every year. She is currently 39 years of age. Her zodiac sign is Taurus.

She is private about many things of her life, due to which, not much is known about her parents and family. On her social media too, she only shares pictures related to her profession.

As for her academics, she received her lower and higher-level education in Russia. When she moved to the United States, she first enrolled at the Fashion Institute of Technology, in New York.

In 2015, she joined New York City’s Parsons School of Design to learn more about Fashion and Apparel Design. On May 19, 2017, she shared a clip of herself and her two friends, in red graduation robes, as they tossed their hats into the air.

As mentioned earlier, Gutfeld met her now-wife, Moussa, thanks to his career as a journalist. In 2004, he was appointed as the editor-in-chief of Maxim Magazine’s UK edition.

Around the same time, Moussa was working as the photo editor for the same magazine’s Russian edition. The now-married couple met each other during a Maxim conference in Portugal, where 30 editors from 30 different Maxim editions had come.

Interestingly, Gutfeld and Moussa’s hotel rooms were right next to each other. Recalling those moments, the TV host told Daily Beast, “I actually met her my first day on the job.” And, when he first saw Moussa, he talked to the editor of Maxim Russia and asked, “Who is this woman?”

Continuing his story, he added, “And I foolishly hit on her for three days. She was pretty cold to me, and finally I asked her out on a date and she accepted.” Their love story started then and there as they began dating.

After only five months of dating, Gutfeld and Moussa decided to walk down the aisle. They shared the wedding vows in December 2014. As per The New York Times, they had a small civil ceremony in New York.

After the wedding, Moussa moved to London, where Gutfeld was still serving as the editor-in-chief of Maxim UK. The duo lived there for two years and moved to New York after Gutfeld’s contract with Maxim expired in 2016.

Since then, the love birds have been residing happily in New York City and have developed a strong bond over the years. As of now, they have been married for over 16 long years.

As for Gutfeld and Moussa’s offspring, they are yet to have any children.