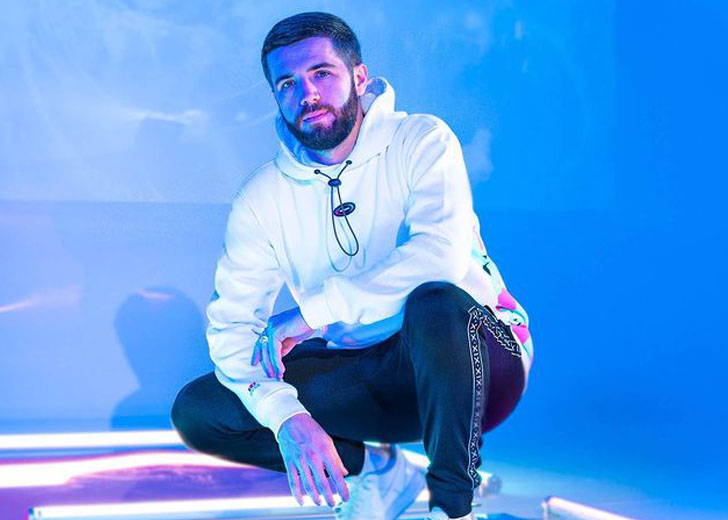 Josh Zerker, popularly known as Zerkaa, is an English YouTuber who has acclaimed fame through his vlogs, challenges, and gaming content.

In his main channel, Zerkaa, he has amassed 4.54 million subscribers and 687 million views. There, he only uploads his vlogs, music vidoes, and other fun content. Additionally, he has two secondary channels – ZerkaaClips and ZerkaaPlays – which only feature his gaming content.

In those secondary channels, he has gained more than 442,000 and 2.68 million subscribers, respectively. He has also gained popularity on social media handles, where he has over 2.7 million, 2.2 million, and 814,000 followers on Instagram, Twitter, and TikTok respectively.

How Old Is Josh Zerker?

The oldest member of The Sideman is currently 29 years of age. Zerker celebrates his birthday on September 4 every year.

He celebrated his 29th birthday by having loads of fun, including going on a cart ride. On September 7, 2021, he shared a picture from that day and wrote, “Had a sick birthday weekend, thanks for all the messages.”

Born in 1992, he goes by the birth name of Joshua Charlie Joseph Bradley. He was raised in the suburbs of Bermondsey, London. As per his date of birth, his zodiac sign is Virgo.

Zerker was quite a learner since his childhood. Going into his academics, he enrolled at Bexley Grammar School in 2004 and graduated in 2009. Later, he also completed his GCSEs, gaining 1 A* in Business Studies, and 10 Bs and 3 Cs in other subjects.

In his A-Levels, he managed to achieve 2 Bs and 2 Cs. Following that, he joined Ravensbourne University and studied Digital Film Production. He graduated with an upper second class honors degree (2:1).

The YouTube star wasn’t raised in a happy family as his parents had complications in their marriage. Due to that, they eventually walked down their ways. Nonetheless, they always gave their best to raise Zerker.

When his parents split, they began to live their own life such as his mother began dating someone else. In one of his tweets from April 22, 2012, he had mentioned that his mother’s boyfriend completed the Marathon in 4 hours 12 minutes. He even congratulated him.

Although his parents were split, by 2012, they were yet to get divorced. They finally decided to do that in early 2013. On February 3, 2013, Zerker tweeted that he had to get a loan and it has been a strange time. “So basically my parents getting divorced,” he further added in his tweet.

Even if his parents are not together, Zerker always manages to take out time to pay them a visit and has maintained a great relationship with both of them. For instance, in his tweet of April 4, 2012, he had written, “I f**king love my mum.”

Similarly, on December 9, 2012, he tweeted, “It’s amazing how much my relationship with my Dad has improved since I moved out.”

In more of his old social media posts, Zerker has also mentioned how he is with his mother or father and having a good time with them. He shared one such instance on October 25, 2013, via Instagram.

He had posted a picture from Travis’ concert in Camden, which as per him, he was dragged by his father to go there alongside him. However, after going there and feeling the vibe, it “ended up being really good!”

Not only concerts, but the YouTuber has also gone to see Ballet with his father. Well, going by those, it certainly seems Zerker has a healthy relationship with both his father and mother.

Following his rise to fame, he has rather kept his family life out of his limelight. Nowadays, he is rarely seen sharing stuff about his parents like he used to do in the past.

Zerker Has a Sibling

Apart from his parents, it looks like the social media star has a sibling too, a younger sister whose name is reportedly Charlie Zerker.

On January 30, 2012, Zerker announced that he has become a big brother. “Oh yeah, the news was I am now a brother, little sister was born today!” he tweeted.

On that same day, he made another tweet writing, “So it looks like I’m gonna end up being the big protective brother haha.”

Besides these details, not much is known about his sister.