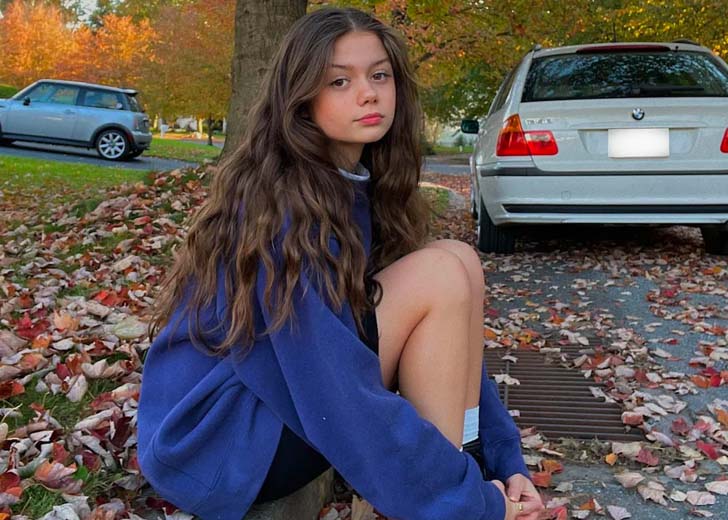 Her channel, where she uploads lifestyle, beauty, and daily routine videos, has a big following and is likely to grow even more in the future.

Some of her videos have received millions of views. Her Instagram account also has many followers, where she publishes pictures from her everyday life. In addition to that, she uses her account to market different products.

Diane had always enjoyed speaking in front of the camera and began creating videos when she was nine.

Since her popularity has increased, fans have been curious about the young YouTuber’s life. So here’s everything you need to know about Diane.

Moreover, she is the second oldest daughter of her parents. She is American by nationality and has caucasian ethnicity.

The social media star is yet to reveal her parents’ names. So details about her parents are unknown.

However, it is known that she has four siblings. She has one older sister, Evelyn, two younger sisters, Josie and Emily, and a younger brother, Elliot.

Erika Diane was homeschooled by her mother

Diane’s mother, who is reportedly a teacher by profession, homeschooled the young YouTuber. The finest thing about homeschooling, she says, “is having a flexible schedule.”

As of 2022, she has started attending a regular school to experience high school life. She also shares about her school mornings on her YouTube channel.

She shared with her fans in her recent video that she was occupied by her school work and took a mental-health break which kept her from posting new content for months.

She enjoys everything creative. Her parents support her channel, and her father even assists her with technical issues.

Her main goal is to provide content that inspires, uplifts, and entertains people.

In May 2019, she posted her first YouTube video, ‘Channel Intro + Get to Know Me!‘ Her first video was shot on her iPhone 8 Plus and edited with Wondershare Filmora.

Her most popular uploads are ‘waking up at 5 AM every day for a week… *online school*‘ and ‘my REAL online school morning routine 2021.’

At present, her YouTube channel has received almost 12 million views and has 760,000 subscribers.

Erica Diane has an average height

Diane is 5 feet 2 inches tall and weighs roughly 47 kg. She has dark brown eyes and blonde hair, adding to her beauty.

There is no more information about her physical measurements.

Erica Diane has never dated a boyfriend till now

According to Biography Mask, the young YouTuber is currently not dating anybody and is single.

She hasn’t dated anyone in the past either. However, this gorgeous lady hopes to meet her ideal boy in real life soon, and we wish her the best of luck in finding her dream boy.