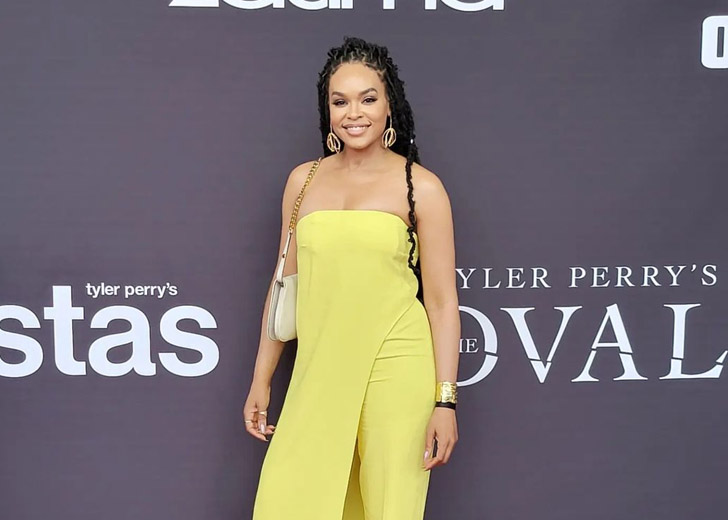 Demetria McKinney gave birth to her first son when she was 17.

Demetria McKinney is an American singer and actress featured in Tyler Perry’s House of Payne on TBS from 2006 through 2012. Her other regular series roles include The Rickey Smiley Show, Saints & Sinners, and Superstition.

An award-winning actress, talented songwriter, vocal powerhouse, and trendsetter, McKinney is for sure a whole package. She has appeared in many roles on big and small screens.

She is demonstrating why she is building a name for herself on television, in movie theaters, and on stage; fans love her. So here is more information on the actress’s relationship and dating life for those curious to know their favorite actress better.

Is Demetria McKinney dating a boyfriend?

As of this writing, there have been no reports of McKinney being married to a husband or dating a boyfriend. Additionally, the TV personality is yet to hint at a possible relationship through her social media handles.

On the other hand, she might be dating someone privately and keeping those details up to herself only. However, nothing could be said until she opens up about her dating life.

That said, it’s only fair to assume that McKinney’s present relationship status is single.

Demetria McKinney had her first-born at 17

Although the RHOA is single or has no husband, she is a mother to a 25-year-old son named Cairo, an aspiring rapper/musician.

McKinney gave birth to her son on January 26, 1997, when she was just 17. As per reports, the father of her son is her ex-boyfriend, whose details are yet to be disclosed.

After her son was born, she raised him as a single mother. And due to that, she had several worries with her son in school. “everything from the right courses for his success as a graduate to bullying…..I can not imagine what I would do if the threats escalated any higher than that,” she added in her Instagram post.

As of now, she is proud of her son. On January 26, 2022, she posted a picture of her son and wished him a happy birthday. In the caption, she wrote, “Since you came into my life, purpose has driven me to be who I am today.”

“We grew up together, learned a lot, struggled, triumphed, struggled some more, laughed out loud, hit learning curves…. HARD. Been through it all as our own dynamic duo. And I am eternally grateful for having you and even more so for the man (entrepreneur, artist, friend) you are today.”

Ultimately, McKinney regarded her son as her “truest inspiration, greatest gift, and cryptonite” and concluded the sweet caption with, “happy birthday #son. I love you.”

As of now, the TV star is residing happily with her only child. However, in 2016, there were rumors that McKinney was pregnant with her second child. The speculations began after the actress flaunted her baby bump in an Instagram post on October 17, 2016.

Demetria McKinney with her son, Cairo, at an event in 2021 (Photo: Instagram)

However, those rumors were false, and McKinney was only preparing to be a mother for her role in Saints & Sinners. Her publicist was the one who denied the pregnancy rumors.

While McKinney might be single now, she was once on the verge of getting married to her boyfriend-turned-fiance, Roger Bobb, aka Roger M. Bobb.

The now-split couple first met around 2007 when Bobb was the Executive Vice President of Tyler Perry Studios. The two consequently began dating but decided to keep their relationship low-key.

Years later, on January 1, 2016, the singer’s agent announced that McKinney and Bobb had taken a new step in their relationship and got engaged.

The agent said, “Roger Bobb finally popped the question to his longtime girlfriend Demetria McKinney on New Year’s Day in Detroit where she was opening for R.Kelly on New Year’s Eve.” Additionally, it was revealed that “A September wedding is in the works” for the newly engaged duo.

Sometime after their engagement, McKinney made her appearance on Real Housewives of Atlanta Season 7 to advance her music career. And Bobb also made several appearances on the Bravo show to encourage his lady love.

While on the show, the actress talked about her life partner and said, “He’s got a sexiness to him. He’s got the confidence to him, but he’s not arrogant, and he’s honest about who he is.”

“The thing I love about him the most is that he allows me to be me. He doesn’t drink he doesn’t party, he’s not a clubber, meanwhile I’ll drink, I’ll cuss, I’m good at both,” McKinney added.

Everything seemed to be going well for McKinney and Bobb until it wasn’t as they announced their split. As per Bravo TV, their break up was announced on social media, but it remained unknown when the two called off their engagement and wedding.

And before the wound of a broken engagement healed, the actress revealed via Instagram that she already had a new man in her life. The man in question was music executive Eric “Nealante” Phillips.

McKinney revealed her new relationship by sharing a picture with Phillips and a caption that read, “Life is good. I am happy, making amazing music with @nealante, and in a new relationship ….yes, with this cutie right here! Looking forward to all the future has in store.”

However, that Instagram post has since been deleted, and there were no further reports of McKinney’s relationship with Phillips. Due to that, netizens believed that the new pair quietly went on their separate ways.