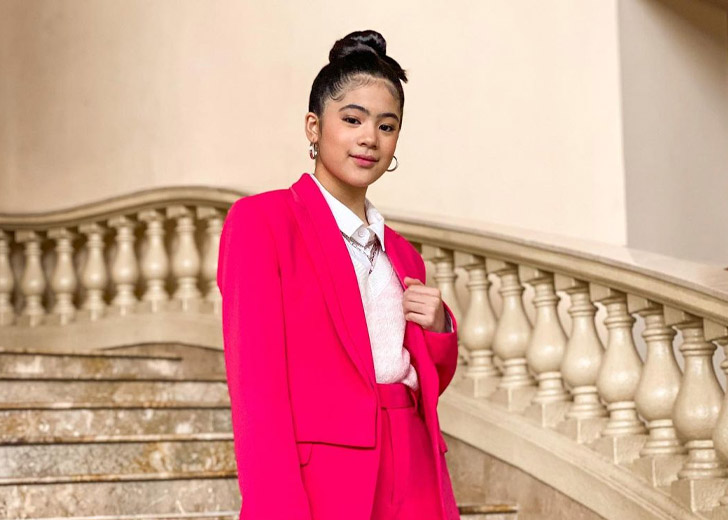 Niana Guerrero is a social media personality, dancer, and singer from the Philippines. She is well-known for creating a wide range of YouTube content, including funny prank videos with her siblings, day-in-the-life vlogs, and dance covers.

Niana was born on January 27, 2006, to her father, Nio Guerrero, a schoolteacher, and mother, Elcid Evidente, a housewife. As of 2022, she is 16 years old. Her full name is Niana Jose Evidente Guerrero.

The dancer grew up in a middle-class family in Quezon City, Philippines. She is of Filipino origin and follows the Christian religion.

Niana has always loved music and dance and gradually stepped outside her comfort zone to share her passion with others.

Apart from her parents, Niana has four siblings, among which three are her older half-sibling from her parent’s previous relationship. Her other siblings are a brother named Ranz Kyle Ongsee, aka Ranz Kyle, and two sisters named Chelsea Hilary Ongsee and Nina Stephanie Guerrero.

Niana would frequently film videos with her older half-brother, Ranz Kyle, a former member of the Chicser dance group. He also has his own popular YouTube channel. Kyle plays a vital role in teaching his sisters dance and assists them in breaking into the entertainment industry.

Nina is also a stunning and talented Filipino architect. She is a recent internet sensation who rapidly amassed thousands of Instagram followers and YouTube subscribers.

Niana’s biological sibling is a sister named Natalia, who also frequently joins the dance covers of her siblings to show off her promising dance moves.

That said, Niana has a close relationship with all her siblings and could often be seen making videos or flaunting pictures alongside them on social media.

For instance, on August 11, 2020, she posted a photo with her siblings and wrote, “5/5 sibling creators at your service. Welcome to the world of content creation.”

Niana Guerrero’s net worth and career

Guerrero has an estimated net worth of $3 million. She began her career at a very young age. In 2011, she first appeared in a Chicser dance cover of Teach Me How to Dougie. She rose to fame on YouTube in 2017 with her Despacito dance cover and has since created dance covers, particularly with Kyle.

Likewise, she has a YouTube channel where she has garnered more than 14.9 million subscribers. Her first video was a Gwiyomi video she made at seven years old.

She has even collaborated with international YouTube personalities on various video content. She has collaborated on dance videos with Los Angeles-based choreographers Matt Steffanina, D-Trix, and dancer siblings The Williams Family. She’s also worked with LA-based musician AJ Rafael.

She joined TikTok in November 2019, where she usually posts dance videos. She has over 30 million followers on TikTok and is the most followed TikTok personality in the Philippines.

In addition to being YouTube content creators, Guerrero and Kyle are recording artists. Their Spotify page, ‘Ranz and Niana,’ has approximately 9,000 monthly listeners and features their singles, New Jam, Great Day, and Dip.

Another original track they released in 2017 was a single called You Can Do It. The siblings also had the opportunity to perform the song for the first time at the 2017 YouTube FanFest in Indonesia.