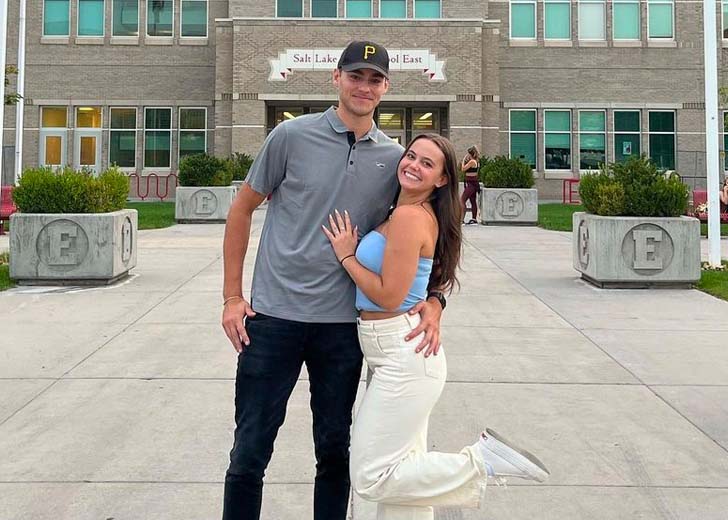 Spencer Barbosa and her boyfriend Morgan Penwell have a significant height difference.

Spencer Barbosa is a Canadian actress, entrepreneur, and content creator. She is well-known for being one of the hosts of the television show We Are Savvy. She has been in a relationship with Morgan Penwell since 2021.

Barbosa first shared a photo of herself holding her boyfriend’s hand on December 5, 2021, but she did not reveal his identity at the time. Many of her followers were intrigued by the post and wanted to know who the lucky man was. One user commented, “Bestie, I’d love to find out who this man is!”

Later, on January 1, 2022, Barbosa revealed her boyfriend’s face in an Instagram photo with the caption “YOOO BOYFRIEND REVEAL.” Many people notice the height difference between them after seeing the post. One person wrote in the post’s comments section, “I want to know what’s the height difference? He’s 6’4+ tall, so you’re probably not shorter than 5’5.”

Barbosa’s boyfriend is a graphic designer. He has 39.6k followers on Instagram and 19 posts. After the actress revealed his identity, they both posted a photo of them together on their social media accounts. Penwell has also published a cute picture of them in which Penwell is seen photographing Barbosa. He captioned the post saying, “Bring your boyfriend to work day was fun.”

Moreover, Barbosa has shared numerous photos of them while traveling to various countries and having fun. All the posts indicate that the couple enjoys spending time together and is madly in love.

Barbosa began her career when she was nine years old. She performed in musical theater productions such as Into The Woods Jr. Later, in 2014, she appeared in Fear Thy Neighbor as Denyse Lassek. She also made her film debut in 2015 with her first film, Starseeker, in which she played Maya.

Similarly, Barbosa is best known for playing Spencer in the TV series We Are Savvy from 2016 to 2018. She has also appeared in commercials for various brands and promoted them on social media, including Starbucks, Tarte, Elf, Wet & Wild Beauty, Sephora, Clean & Clear, McDonald’s, Lush Cosmetics, and others.

She also has her own clothing line; You Are Something Bigger. She has always wanted to be a girl boss, empowering others to feel confident through their clothing. As a result, this venture has brought her one step closer to her goal.

Posted on September 29, 2021November 1, 2022
Jack Manifold, known online as JackManifoldTV, is a rising English YouTuber and Twitch streamer who came into the limelight after becoming a member of...
Read More