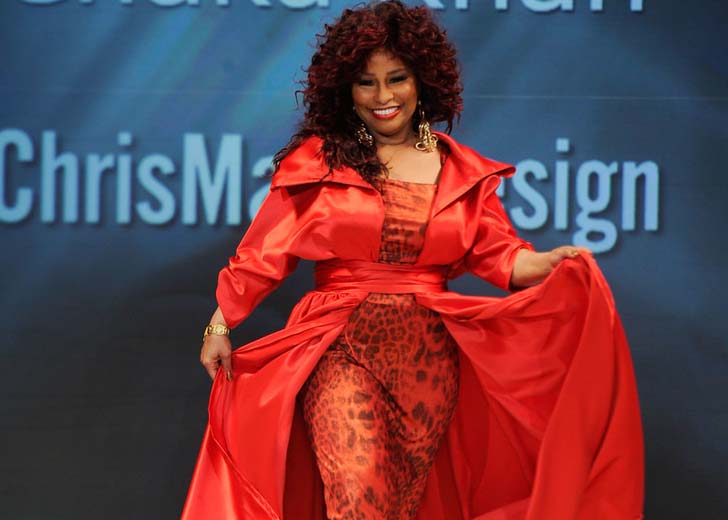 Chaka Khan has great-grandchildren from her two kids.

If you have never heard about Chaka Khan, then the first time you hear her name, you might think she’s an Indian. However, while that idea is understandable, it is inaccurate because Chaka Khan is a true American with no ties to the Indian community.

Chaka, also known as the Queen of Funk, is a recording artist from the United States. She has earned ten Grammy Awards during her career, which has lasted more than five decades. Billboard magazine has also ranked her the 65th most successful dance artist of all time.

Some of the songs sung by Khan include ‘Through The Fire,’ ‘Sweet Things, Like Sugar,’ ‘This Is My Night,’ ‘Everlasting Life,’ ‘Hollywood,’ and others.

Chaka has also enjoyed a lot of success, which has made her pretty wealthy. She has, however, had her share of setbacks, most notably in her personal life, as she has reportedly been divorced multiple times.

Chaka Khan’s first marriage was at the age of 17

The famed singer has been married multiple times in her life. First, she married her best friend, Hassan Khan, in 1970, but their relationship did not last. In 1971, Chaka and Hassan divorced.

She was a rising sensation as a member of the Chicago band Rufus at the time. A record label offered her a deal because of her growing popularity with Rufus, but she couldn’t take it because she was a minor. Sandra Coleman, her mother, also refused to sign it.

She, thus, married her [now former] spouse Hassan to accomplish her dream of being a singer, as being a bride would free the mother of her guardianship. To hasten the procedure, the young girl claimed to be pregnant.

On the other hand, Hassan is a private man who rose to prominence after walking down the aisle with Chaka. He is also a musician and instrumentalist.

Chaka married Richard Holland, her second husband, in 1976. The duo met when she was struggling due to a drug overdose.

Holland saved her life by calling 911 and rushing her to the hospital when she blacked out.

The pair got married in 1976, but they also got divorced in 1980. The duo has a child together named Damien Holland.

Richard is a songwriter, music producer, and real estate salesman who rose to fame after his marriage to Chaka.

Chaka Khan is rumored to be married to Doug Rasheed

Chaka dated a few guys after her first two marriages failed. One of them was a Chicago-area schoolteacher with whom she dated in the 1980s.

She had left Rufus and was thriving as a solo artist at the time.

Meanwhile, rumors began to swirl that she got married to fellow musician Doug Rasheed. The rumors are still making the rounds, and some internet sites claim they are married.

However, there has been no confirmation on their rumored marriage — or if they were married at any time in their life.

But Doug collaborated on Chaka’s hit Will You Love Me, which was nominated for a Grammy Award for Best R&B Album.

It, surprisingly, turns out that Doug has been in a marital relationship with Tonya Rivens (aka Tonya Rivens-Rasheed) for years. His wife, who is a The University of North Carolina graduate, is also associated with the music industry.

“My wife is so amazing! We support each other to the fullest!!! Love this woman!!!” he wrote in his 2017 Instagram post, praising his wife Tonya, with whom he also shares a daughter.

Doug occasionally posts pictures and videos with his wife Doug Tonya and daughter Devynn on his Instagram handle.

As for Chaka’s present spouse, she currently manages a very private personal life. That keeps her dating life away from the spotlight.

The Inspiring Singer is now a grandmother

The singer’s first child Indira Milini was born in December 1973, as Chaka welcomed the little one with her former boyfriend, Rahsaan Morris.

She later welcomed her son Damien Holland in 1979 together with her second husband, Richard.

In addition, Indira followed in her mother’s footsteps and was a Pretty in Pink singing group member. When she gave birth to her child Raeven at 18, she made Chaka a grandmother.

Now, Chaka’s granddaughter Raeven has a baby of her own, making the famed singer great grandmother.

“During these under certain times; Family is everything…#GreatGrandBabies are especially precious…Please be safe & healthy,” she wrote on March 2020 on Instagram, posting pictures of her great-grandson.

On the other hand, Chaka’s second kid, Damien, had a more difficult life in comparison to his sister. He reportedly has had issues with drugs and the law in the past.

He was charged with murder in 2006, leading his mother to testify in his defense. In the criminal trial, he was acquitted, but he was found accountable in a civil suit.

The music legend turned out to be a grandmother through him, too. Daija Jade Holland was born to Damien and his partner.

In addition, Chaka became a great grandmother to a baby girl in November 2020 again. She took to Instagram to post a picture of her great-granddaughter Caiiya — but she didn’t reveal who gave birth to the little one.