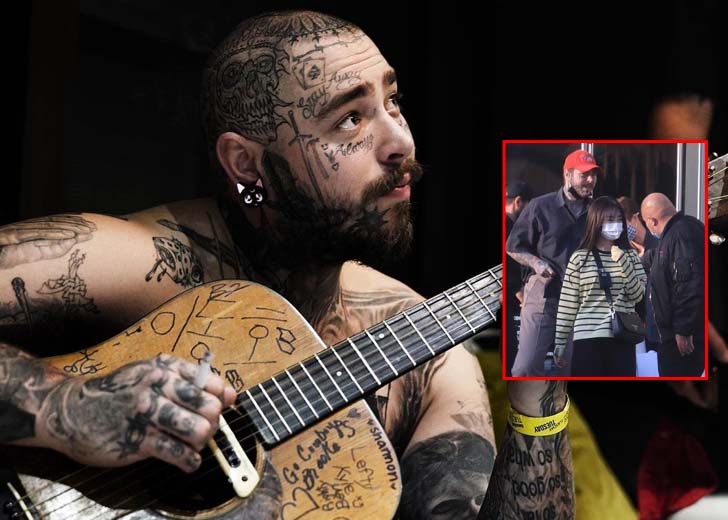 Post Malone, whose birth name is Austin Richard Post, is going to be a father for the first time.

On May 3, 2022, TMZ exclusively reported that the American singer was expecting his first child with his longtime girlfriend.

Malone also gave a statement to the outlet where he mentioned that he is very excited about the upcoming chapter of his life as a father, and he is very happy.

He said, “I’m excited for this next chapter in my life, I’m the happiest I’ve ever been, and for since I could remember, I was sad.” Additionally, he said that it’s time to take care of his body and his family and friends and “spread as much love as we can every day.”

Sources close to Malone also told TMZ that the singer and his girlfriend had celebrated the forthcoming of their unborn baby over the weekend at a private party in Southern California which was attended by close friends and family only.

Since the news of the rapper becoming a father broke out, his fans have been congratulating him and sending the parents-to-be well-wishes and heartwarming messages. And while that’s going on, it might be said that some people were shocked to hear the news.

It’s so because Malone has fairly kept his romantic life away from the eyes of the media and public and rarely shares anything related to it. Besides, some didn’t even know that he had a girlfriend.

And when they heard the news of Malone’s girlfriend being pregnant, they were left wondering who the singer’s girlfriend is. Here is what we know about her!

It has been well established that Malone prefers privacy over his love life and has kept a fair share of details about that side of his life upto himself only.

As a result, there is little to no information on his girlfriend. TMZ only reported that she is someone who hasn’t been in the limelight, and she and Malone had been building their private relationship for a while now, which is now going to turn into a family of three.

However, the people on the internet have already started doing what they do best and found out some details about her. It has been rumored that Malone’s girlfriend’s name is Jamie.

One Twitter user had recently shared a screenshot of an Instagram profile that showed the pictures of Malone’s supposed girlfriend – Jamie – while hiding the username of that profile. “Post Malone’s girlfriend Jamie is so pretty omg,” the user wrote.

Similarly, on January 7, 2021, one of Malone’s fan accounts on Twitter posted a series of pictures in which the rapper was seen stepping out alongside his girlfriend. She had worn a mask, and her face couldn’t be visible.

Besides these, there is no further information available on Malone’s mystery girlfriend, with whom he is expecting his first child. Thus, Malone’s fans would have to wait for some more time until the singer decides to reveal anything about his present girlfriend, such as her age, real name, or even their relationship.

Before this news, Malone was rumored to be dating a South Korean visual artist named MLMA, which stands for Me Love Me A Lot — her real name is Baeck Ye-jin. They sparked romance rumors in early 2020.

And while it seems evident that they were dating, neither of them confirmed anything. Similarly, the songwriter was reported to be in a relationship with a model named Kano Shimpo from August to November 2019.

Last but not least is Malone’s togetherness with Ashlen Diaz. It is his first known and the longest relationship that the media or public has known. They started dating in 2015 and parted ways in 2018 after three years of relationship.