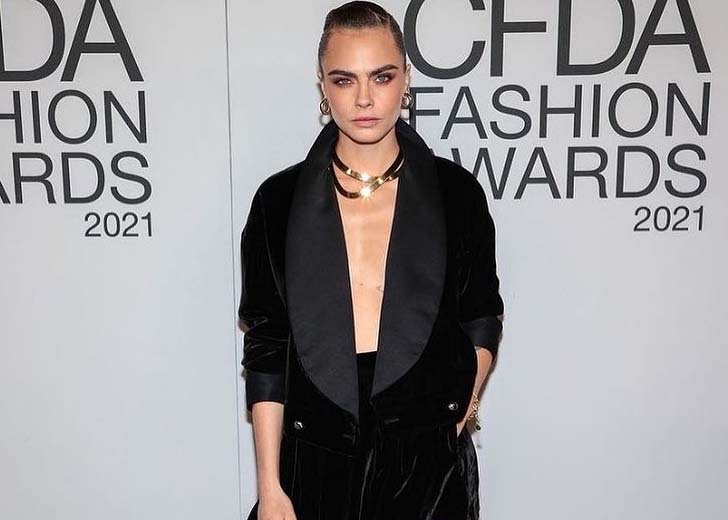 Hottest heartbreaker in the town!

Cara Jocelyn Delevingne, commonly known as Cara Delevingne, is one of England’s most successful and exceptionally talented models.

Delevingne is the most well-paid model on the globe. Her success as a model earned her an estimated $9 million each year. She is also a multi-millionaire, with a net worth of $28 million.

The 29-year-old blond beauty, who is also a singer and actress, is the daughter of Pandora Anne Delevigne and property investor Charles Hamar Delevingne.

Delevinge joined Storm Management after graduating from high school in 2009. Furthermore, she was named Model of the Year at the British Fashion Awards in 2012 and 2014. Delevinge proclaims herself to be bisexual and pansexual.

When it comes to the model’s love life, she has been engaged to several celebrities throughout the years.  She was rumored to be dating stars such as Ashley Benson and ST vincent.

Is Cara Delevingne dating someone currently? Let’s dig into this article to learn more about Delevingne’s boyfriends, ex-girlfriends, and relationship status in 2022.

Who is Cara Delevingne dating recently?

Delevingne has been linked to several faces during her stunning rise to fame. As a result, she chooses to keep her personal life private.

That being said, according to J-14, her personal life may be rising thanks to an American rapper named Jaden Smith. The couple’s relationship is rumored after the Daily Mail obtained images of them kissing behind a massive bouquet of roses.

The couple has yet to confirm or deny their alleged dating relationship. On Valentine’s Day, they were seen kissing in public. Delevingne, on the other hand, likes to keep her personal space out of the spotlight these days.

Dior Beauty’s face is a little disturbing since she doesn’t feel comfortable when people are interested in her love life. She claims that others make conclusions about her and point to her personality, which worries her. As a result, she may keep her better half out of the limelight.

Many haters desired one chance to point at Delevingne’s character as she rose to popularity to the next level. Similarly, some of the relationship stories are accurate, while others are fake. As a result, we’ve decided to break down each of her relationships in this piece.

After being introduced by mutual friend Rita Ora, Delevingne and the British musician Jake Bugg began dating in 2013. Both of their careers were booming at the time, so they split up to focus on their professions.

Many eagle-eyed fans were interested in Miley Cyrus and Delevingne’s relationship after she posted a steamy photo of them licking each other’s tongues in 2013.

Cyrus was on a break from her on-again, off-again relationship with Liam Hemsworth, so there was a chance they dated. However, because neither of them has come to terms with their relationship, it’s still unclear what happened.

Michelle Rodriguez, an American actress, and Delevingne began dating in 2014. The pair acknowledged their relationship to The Mirror at the time.

Speaking about the model, Rodriguez stated, “She’s cool. I thought she was amazing when we first started hanging out, and we had a great time together.”

Unfortunately, they split up in May 2014 after only six months together.

In 2015, Delevingne began dating St. Vincent, an American artist, singer, songwriter, and producer. The model revealed to Vogue that the couple had been dating for almost a year.

“Before that, I had no idea what love was. Now I understand that love is the meaning of life. It doesn’t matter if it’s for yourself, the planet, or your relationship,” she told the outlet.

Rumors began to circulate in 2018 as Delevingne and Paris Jackson appeared on each other’s social media accounts. They were caught kissing and holding hands outside of a Hollywood restaurant in March 2018.

Delevingne and Kaia Gerber, an American model and actress, were spotted together in July 2020. They were both photographed during a Black Lives Matter protest.

Gerber wrapped herself around Delevingne’s arms, and they didn’t hold hands in public. The two girls even encircled each other’s waists with their hands.

Their relationship rumor went viral on August 12, 2022, after news outlets discovered they had identical tattoos. But, indeed, the news revealed that they are only good friends.