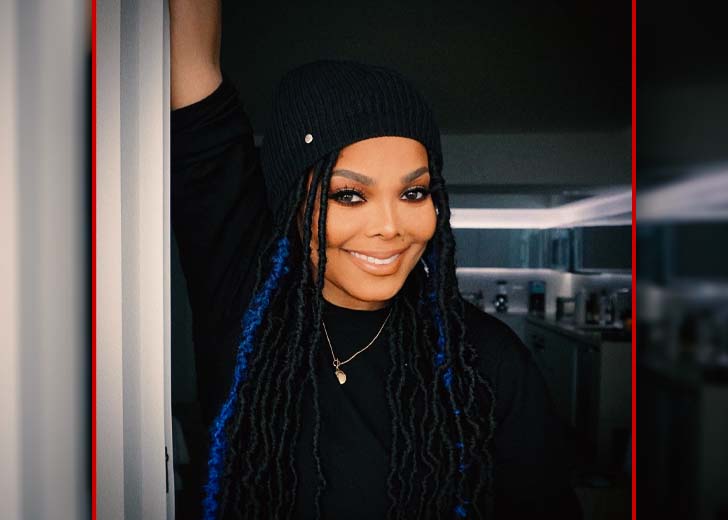 Janet Damita Jo Jackson, popularly known as Janet Jackson, is a world-renowned singer-songwriter, dancer, and actress. She is also the youngest sister of the late King of Pop, Michael Jackson.

She has particularly gained the limelight for her music that millions of people have loved. Some of her albums include Janet Jackson, Control, Janet, The Velvet Rope, Damita Jo, 20 Y.O., Discipline, and Unbreakable.

Janet is presently in the spotlight following the release of her documentary, Janet Jackson, in which she candidly talks about her professional and personal life, among many other things. Due to that, the world is eager to learn about her personal life and know her present and past love life.

As of this writing, there have been no reports of the pop singer being married to someone in recent times. Thus, it could be said that she currently doesn’t have a spouse.

On the other hand, Jackson has also earned quite the name for keeping her marriages a secret, a thing that she has already done in the past. So, could it be possible that she might have a husband now and hasn’t spilled the beans yet?

Well, there is certainly some possibility to that. However, nothing could be said without any plausible evidence. Thus, her current relationship or marital status could be noted as single.

While her present marital status might be single, she hasn’t been single all the time. Besides, she has been married thrice in her life; however, all of those marriages couldn’t last long, and they ended in a divorce.

So, who are the three men who have had the chance to call Jackson their wife? Read on as we discover the singer’s former marriages and know her ex-spouses.

James DeBarge is Jackson’s first husband. The two first started dating in 1982, when she was just 16 years of age.

After dating each other for two years, in 1984, they decided to elope and get married in secret. However, upon their return to Jackson’s home after marriage, her father – Joe Jackson – considered their marriage as an act of rebellion against him for controlling her.

Around one year after Janet and DeBarge shared the wedding vows, in November 1985, their marriage was annulled. DeBarge’s drug addiction played a key role in the dissolution of their marriage.

Later, there were rumors alleging that the now-former couple had a child, a daughter, while they were together, and Jackson kept it a secret. In 2016, DeBarge mentioned it in the show Growing Up Hip-Hop.

He said, “I’m tired of the secrecy. I’m tired of the truth not coming forward, and people being a coward when it comes to it. And I thought it was wise for me to speak out now because it needs to be addressed.”

Now, in her documentary, Jackson has fully addressed the rumors. She mentioned, “Back in the day they were saying that I had a child and I kept it secret. I could never keep a child away from James. How could I keep a child from their father? I could never do that, that’s not right.”

Jackson’s second spouse is René Elizondo Jr., a Mexican songwriter, director, and dancer. The former married couple first met each other while working on a film.

They eventually got close to each other and subsequently began dating. Soon, the director took a step forward and proposed to Jackson while they were on a beach. Their wedding was held on March 31, 1991.

However, her marriage with Elizondo Jr. was kept a secret until their split in January 1999. Their divorce was finalized in 2000, and as per reports, Jackson was sued for around $10 and $25 million by Elizondo Jr. after their split. The former couple reportedly settled things later.

Recalling the moment when her second ex-husband asked her hand for marriage, she mentioned in her documentary, “We were out on the beach, it was raining like crazy, and that’s when he asked me to marry him.”

Additionally, she stated that her first husband, DeBarge, never proposed to her and never gave her a ring. “So it was different. I wanted it to be it. But I thought that every time,” she added.

Furthermore, she went on to say that she needed to be free from people who did “drugs and all of that.” And, that’s when she met Elizondo Jr. “I needed a lift. René was funny, just always had fun together. He was very, very charming,” Jackson said.

Following her divorce from Elizondo Jr., she began dating music producer Jermaine Dupri in 2002. They stayed together for seven years before eventually calling it quit in 2009.

One year later, she met her third husband, Wissam Al Mana, a Qatari businessman. Shortly after meeting each other, they began dating and ultimately tied the knots in 2012 in a private ceremony.

Their marriage was only revealed a year later, in 2013. In one of her interviews, Jackson mentioned that her wedding with Al Mana wasn’t extravagant; instead, it was simple. “Last year, we were married in a quiet, private, and beautiful ceremony,” she said.

Four years after marrying each other, in 2016, the couple announced that they were expecting a child. On January 3, 2017, the songwriter gave birth to her only kid, a son named Eissa Al Mana.

After the birth of their son, many believed that their relationship would only strengthen. However, fans of the pop singer were shocked when the couple announced their split just three months after their son’s birth, in April 2017.

Jackson announced the split news by posting a video exclusively via her Instagram handle. In it, she said, “I just want to keep it real for you guys for a second — yes, I separated from my husband.”

She also mentioned that she and Al Mana were figuring out things on how to proceed with their divorce in a mannerly way. “The rest is in God’s hands,” she added. Although they split in early 2017, their divorce is yet to be finalized.

The former married couple is presently co-parenting their son in the best way possible. Jackson’s son, Eissa, recently turned 5-year-old. On that occasion, she took to her Instagram handle to wish him.

She had posted a picture where she wrote her birthday wish for her son. “You’re growing up so fast. Such an intelligent beautiful boy. Wishing you a life full of magical moments,” she wrote.