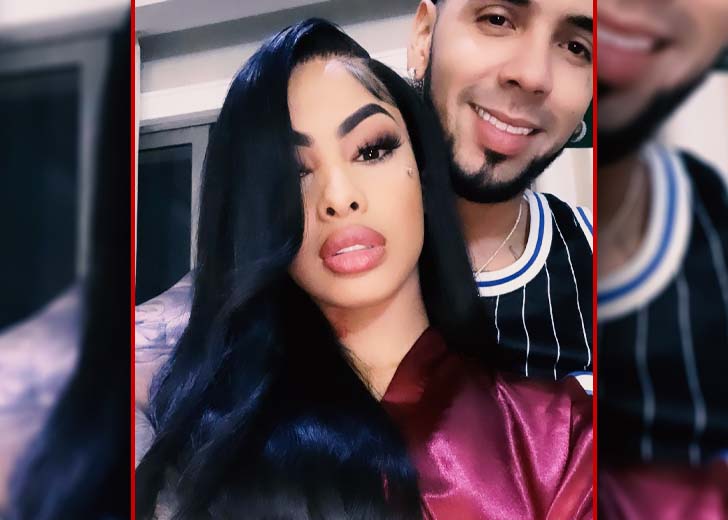 Anuel AA is off the love market again!

The Puerto Rican rapper’s heart has been stolen by Yailin la Mas Viral, a Dominic Republican dancer and TikTok star.

The pair reportedly have been dating each other since late 2021. However, their togetherness was only known to the public on January 19, 2022, when Mas Viral shared a video of several teddy bears and bouquets filling up her room following her surgery.

Although she hadn’t mentioned who showered her with such gifts, many thought it must be her lover. And the lover turned out to be Anuel AA when he commented “Mine!!!!!!! more mine than yours” under the post, with lots of heart-eyes and kiss emojis.

On Sunday, January 23, 2022, Mas Viral posted another video with the rapper himself. The Instagram video was a reel made by the TikTok star using the song Volverte A Ver, in which her boyfriend was featured.

On that same day, Anuel AA also confirmed his relationship with his new girlfriend when he posted a steamy video on his Instagram handle. In it, they seem to be watching a fighting or boxing match. As the video went on, they shared a passionate kiss.

In the caption of the video, he had written, “Talk all the sh*t you want…. I WILL NEVER LEAVE YOU ALONE!!!!!!!!” He had also attached several emojis, and among them, one was a ring emoji.

This has raised the questions of the rapper’s fans and made them wonder if he has already been engaged to his new girlfriend.

As if the ring emoji on Anuel AA’s Instagram post with his new partner wasn’t enough, Mas Viral posted another video days later to confuse hers and the rapper’s fans even more.

On Thursday, January 27, 2022, she posted a video in which Anuel AA takes a shiny diamond ring and puts it on her ring finger. Afterward, she keeps on focusing the camera on her ring. “an engaged woman already. There will be a wedding, everyone,” she reportedly said in the video.

Additionally, she captioned her post, writing, “Life is one. We live it fast… Today we are here, tomorrow is not promised!!!!!!!” She had used a ring emoji in the middle and a bride and groom emoji in the end.

This post led both of their followers to wonder if they got engaged. And considering that post, it seems pretty clear that the two have taken a new step in their relationship and are engaged to each other.

So, are there any wedding plans? Well, that’s not disclosed yet, and it might take some time before Anuel AA makes his new partner his wife. But, for now, they are looking forward to the untitled song they have worked on, releasing on February 14, 2022.

Anuel AA – whose real name is Emmanuel Gazmey Santiago – was in a couple of relationships before his togetherness with his present girlfriend.

His first known relationship was with a woman named Astrid Cuevas. However, they eventually parted ways. From this relationship, the rapper has a son named Pablo Anuel.

Later, in August 2018, he met Colombian singer Karol G. At that time, they were working together on the music video of their song Culpables. They eventually began dating each other and confirmed their togetherness in January 2019.

Soon they also got engaged to be married. Their engagement was confirmed when Karol G was spotted with a huge diamond engagement ring on her ring finger while making her appearance at the Billboard Latin Music Awards on April 25, 2019.

Their relationship continued over the years. However, it seems they weren’t meant to be together forever, as they reportedly ended their bond after two years in March 2021.