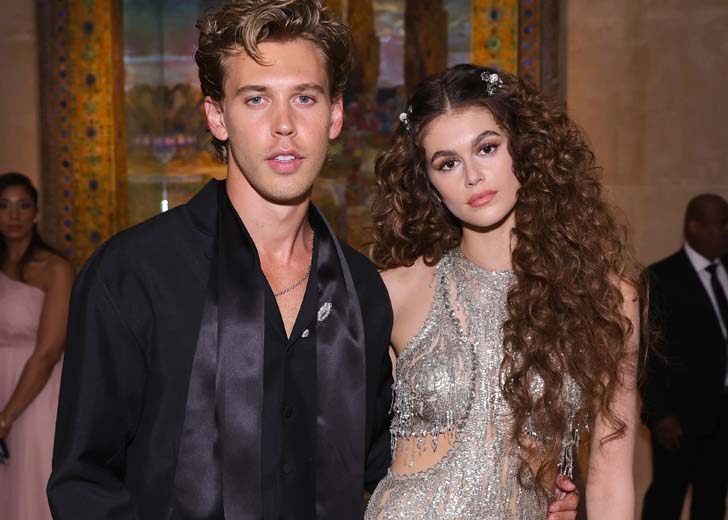 Kaia Gerber and Austin Butler are one adorable couple!

There are a lot of celebrity couples whose relationship often raises questions. Sometimes, it’s the actions they have done in the past, and sometimes it’s their age difference.

However, most of the time, celebrities tend to keep their relationship under wraps because of the latter. One such couple is supermodel Kaia Gerber and actor Austin Butler.

The pair have never spoken up about their relationship in the media. All that is there are the pictures and moments captured during events like Met Gala and Cannes Festival.

As a result, many wonder if the duo is still together or if they are still dating. Here is everything we know about the couple.

Are Kaia Gerber and Austin Butler still together?

Recently, Deuxmoi was asked if the couple had gone through a break up or if they were still dating. Deuxmoi is an Instagram gossip page where they post hot news about celebrities.

Deuxmoi has been correct about many rumors about A-listers. At times, they have revealed the news before the actual sources.

So, when Deuxmoi was asked if Gerber and Butler had parted ways, they said no. Then, they shared a picture of the pair having food at Juice Generation in West Village —  confirming that they were still together.

Similarly, on August 16, 2022, Daily Mail shared pictures of the two while grabbing a quick bite to eat at The Oaks Gourmet Market and Café. It looked like the pair were enjoying their date since they were hugging, kissing, and snuggling with one another.

Gerber was seen being hugged tightly by the Elvis star, who placed his arm tenderly around her shoulders. It is reported that the two engaged in a lengthy talk, taking time out of their hectic schedules to bond.

The pair spent a portion of their outing sitting on two high-top barstools and enjoying their iced coffees. Looking at all this, it seems liek the couple are still together and are still dating at the time of writing.

Before getting together, both Gerber and Butler were in a relationship with other people.

Butler dated Vanessa Hudgens, an actress, from 2011 to 2020 for almost a decade. On the other hand, Gerber was linked to Euphoria star Jacob Elordi.

Elordi and Gerber started dating in 2020. They did not talk much about their relationship but were often seen together in public.

They made their red carpet debut at the opening gala of the Academy Museum of Motion Pictures in Los Angeles. But two months later, in November 2021, they broke up.

She didn’t mention Butler specifically, but she did say that the pandemic had caused her to “re-evaluate [her] personal life a lot more.”

As they spent their first Valentine’s Day together in London, Butler and Gerber were at each other’s sides.  Then, the couple was seen together in Paris after Paris Fashion Week.

After around three months of dating, Gerber and Butler made their relationship public in March. This happened when they attended W Magazine’s annual Best Performances celebration hand-in-hand prior to the Academy Awards.

W Magazine later published an adorable photograph of Butler giving Gerber a peck on the cheek at the occasion.

Gerber and Butler also shared an adorable moment at the MET Gala 2022. They chose to walk the red carpet separately, but when they reached the top of the Metropolitan Museum of Art staircase, they shared a passionate kiss.

Recently, Gerber was present at the screening of Butler’s film Elvis at the 75th annual Cannes Film Festival, in which he portrays Elvis Presley.

White T-Shirt: The Essential For Your Everyday Outfit