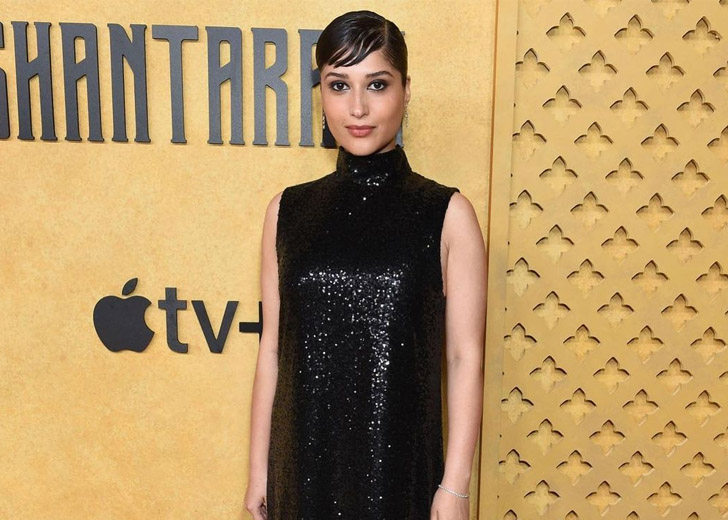 British-Indian actress Sujaya Dasgupta is best known for her role as Zoya Nazyalensky in the Netflix series Shadow and Bone. She also recently played the major role of Kavita in the new television series Shantaram.

She began her career as a theater performer. At The Birmingham Repertory, she appeared in several stage productions, including Death of a Salesman and A Thousand Splendid Suns. Aside from that, she appeared in various other plays in England before breaking into the acting world.

Dasgupta started giving auditions for TV shows and movies after gaining acting experience through theater. She started her acting career in 2014 with the short film Red Wolf. Later, in 2015, she made her television debut as Priya Sutaria in Doctors.

Dasgupta also appeared as Esme in the BBC TV series Press in 2018. In the same year, she appeared as Jamila Vani in four episodes of the television series Casualty. Furthermore, from 2020 to 2021, the actress appeared as Mandeep in I May Destroy You.

Sujaya Dasgupta is the daughter of Debopana Das Gupta and Monica Gupta.

Dasgupta was born in London, England. Her father’s name is Debopana Das Gupta, and her mother’s name is Monica Gupta. The actress is of Asian ethnicity and spent her childhood in Hertfordshire with her siblings.

Talking about her age, there is a lot of confusion around it. It’s so because some media outlets have mentioned that she was born on February 2, 1988, whereas some have reported her date of birth as February 2, 2002.

However, the latter-mentioned date of birth is just a hoax initiated by Dasgupta herself as a joke. The confusion started from her Instagram post — her birthday post — on February 2, 2021, where she joked about turning 19. But, she later took to her Instagram stories to clarify that she wasn’t 19.

Returning to her family, Dasgupta has regarded her best friend Mandip Gill as her sister on multiple occasions on her Instagram posts. She posted numerous pictures of herself with Gill on her social media accounts, and they have also appeared in several films and television shows.

Speaking about Dasgupta’s educational background, she received her bachelor’s degree in English from the University of Leicester and then went on to study at the Royal Central School of Speech and Drama because she had a passion for acting since she was a child.

Sujaya Dasgupta with her cast members of the TV show ‘Shadow and Bone’ (Source: Instagram)

As of 2022, Dasgupta did not appear to have a boyfriend. According to her Instagram posts, the actress enjoys spending time with her closest friends.

On February 25, 2020, the actress posted a photo of herself and two friends eating dinner with the caption, “My sisters.” I can’t tell you how much I adore these two.”

The rising star prefers to keep her personal life private. Even if she has a boyfriend, she keeps her dating life private from fans. Similarly, she hasn’t been linked to or seen with anyone who could be considered her partner.

She is currently focusing solely on her studies and professional development. There is also no information available about her previous relationships.

Dasgupta has amassed a fortune in the entertainment industry since she was a child. As of 2022, her net worth is expected to be around $150 thousand, and her primary source of income is her on-the-rise acting career.

After starring in Netflix’s Shadow and Bone, she also made a good living. Dasgupta’s net worth and annual salary will rise in the coming days because she is still young and active in her acting career.