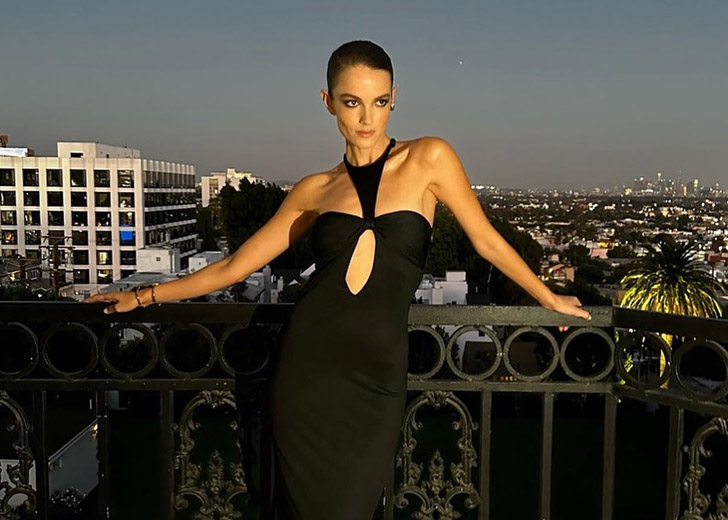 All about Elektra Kilbey!

A couple of celebrities are involved in the entertainment industry as they follow in their parents’ or family’s footsteps.

The same is the case for Steve Kilbey’s daughter, Elektra Kilbey. Steve is a singer-songwriter and bass guitarist for his band, The Church.

Here is everything we know about her, including her siblings, family, age, birthday, height, weight, career dating history, boyfriend, and social media like Instagram.

She is Australian, and her zodiac Sun sign is Gemini. It is reported that her weight in kgs is 59 and in pounds is 130lbs.

Similarly, her height is reportedly around 5 feet and 7 inches or 1.70m. She has brown eyes, and her hair is light blonde.

Elektra spent her life traveling between Sydney, Australia, and Stockholm, Sweden. Thankfully, she was fortunate to be born to famous parents who were artists and became her role models.

As mentioned, her father, Steve, is a singer-songwriter and bass guitarist for the rock band The Church, and Karin Jansson, her mother, was a guitarist. The couple never married and were dating when they had twin daughters, Miranda and Elektra.

Miranda, who is four minutes older than Elektra, is the only biological sibling of the latter. The siblings’ parents were not together for a long time.

As a result, they parted ways when the twins were kids —  breaking their family apart. When the couple split, Jansson moved to Sweden with her children, where they lived until they were nineteen.

After that, the sisters pursued their passion for music. Miranda and Elektra are not the only twins in their extended family.

After parting with Jansson, Steve started a relationship with Natalie. Natalie became the mother to Elektra’s half-siblings —  daughter Scarlet and twin daughters Eve and Aurora.

On the other hand, Jansson also began dating someone else, with whom she welcomed a daughter and two sons. So all together, Elektra and Miranda have six half-siblings.

Elektra has music in her blood as it runs in the family — even her uncles are musicians and actors on both sides. So growing up in a creative household has its advantages for the singer.

She initially desired a different career path, focusing on academics. But she eventually caved, and by the age of 18, she had decided to follow in her family’s footsteps and become a singer and actress.

Elektra began her singing career with her twin sister when they were teenagers. They uploaded their first song on SoundCloud in May 2012, and within a week, they had a record deal.

Their single, ‘Maybe You,’ received enormous love and fame, quickly launching them into the industry. A year later, the duo established their record label, à Deux, and launched their band, Say Lou Lou.

Saint Lou Lou was the original name of the band. However, the name was changed to Say Lou Lou after a disagreement with another artist with a similar name.

The meaning of the name, however, remains the same. The name was inspired by the twin sisters’ great-aunt Lou Lou, an English woman who migrated to Australia and was, allegedly, a very mean lady who enjoyed tormenting their grandmother.

They specialize in the genre of Dream pop, a subgenre of alternative rock and neo-psychedelia. Their band was named to the BBC Sound of 2014 longlist.

Within three years, the band released five singles and made their debut with a studio album called Lucid Dreaming, and by 2018, the duet released their second record, Immortelle.

Elektra is also an actress. Her acting career began in 2000 with a small role in a comedy/drama called Gossip. Nine years later, she starred in a short video called Joywave -Obsession.

She has been a part of an Amazon Prime series, Tales from the Loop, where she had a short role as Alma. She later starred in two movies, Odd Man Rush and Staying.

She portrayed the role of Lisa in the Apple TV series Shantaram, which was released in October 2022.

Elektra is a relatively private person. There is little to no information about her dating life and history online.

As a result, it is unknown whether she has a boyfriend. Elektra does not post much on her Instagram, so it isn’t easy to follow up with her personal life.

Talking about social media, her Instagram handle is @elektrakilbey. The account has over a thousand followers but is not verified.

Who Is Hilary Swank Married To? Know Her Love Life and Net Worth