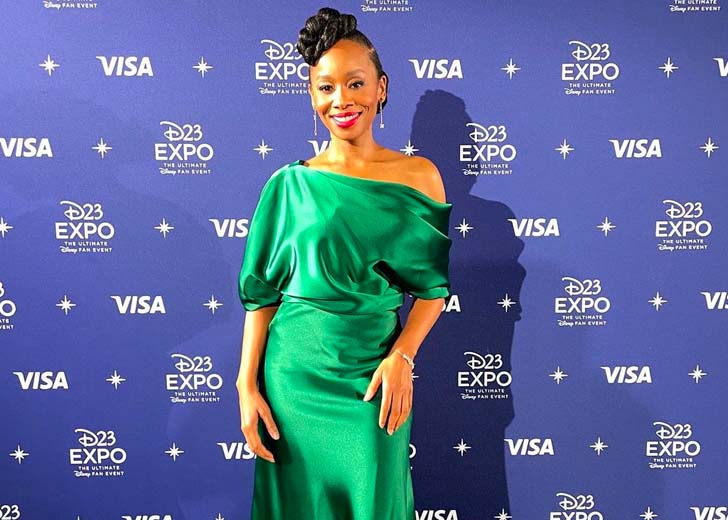 Anika Noni Rose is an American actress and singer best known for her role in The Princess and the Frog as Tiana, Disney’s first African-American princess. However, this exceptional lady may not yet have a husband or is still looking for one.

Rose keeps her private life hidden from the public eye. She is active on Instagram, with 293K followers and 1787 posts.

The actress usually shared a picture of herself that was related to her job. She has never shared a photo of herself with a man on social media, implying that she is in a relationship. As a result, learning about her romantic life is complicated.

Moreover, Rose seems to focus more on her career than her romantic life. She provided her voice for several animated television series in the United States and also video games. Rose has appeared in several films, web series, and stage dramas.

Anika Rose was rumored to be dating Colman Domingo

Rose once posted a picture of Colman Domingo, whom she refers to as her love. Rose and Domingo’s dating rumors began after their captions piqued their fans’ interest and made them wonder if they were dating.

However, neither of them issued an official statement, making the rumors untrustworthy. Based on Rose’s personal history, her followers assumed Domingo was her husband and wondered if they married secretly. There was also a lot of speculation about their engagement.

The rumor about them dating was debunked when Domingo declared his sexual orientation is toward men and publicly admitted to being gay. Domingo also married Raul Aktanov in 2014, and Colman is still happily married to her husband. Rose and Domingo were good friends and had a perfect friendship.

The actress was also rumored to be dating Peter, but there was no information about him, so it was all rumor. Furthermore, there is no evidence of her having any children, as she was never suspected of being pregnant.

As previously stated, we can see from Rose’s Instgaram handle that she posts most of her work-related photos. As a result, the actress must concentrate solely on her professional development.

Rose played Naomi Cole in the film Let the Right One In of 2022. The film was based on John Ajvide Lindqvist’s best-selling 2004 novel of the same name. Naomi is a single mother who works as a homicide detective.

Previously, the actress appeared as Selina Kyle in Injustice. She took on the role of Catwoman. Injustice is a 2021 American adult animated superhero film based on the same-named 2013 video game.

Besides, the actress debuts in The Outlaw Johnny Black as Jessie Lee. Rose is also known for her roles in the Academy Award-winning film Dreamgirls as Lorrell Robinson and the Starz series Power as LaVerne Jukebox Ganner.

Furthermore, the actress is best known for her Broadway performances, most notably Emmie Thibodeaux in Caroline or Change. Her performance as Beneatha Younger in the Broadway revival of A Raisin in the Sun earned her a Tony Award nomination for Best Featured Actress in a Musical.

She consistently puts a lot of effort and dedication into her projects, which has allowed her to see an increase in her net worth, estimated to be $3 million. As of now, Rose might be living life from her earnings with her loved ones.

How Much Is Jake Lacy's Net Worth? Know His Movies and TV Shows