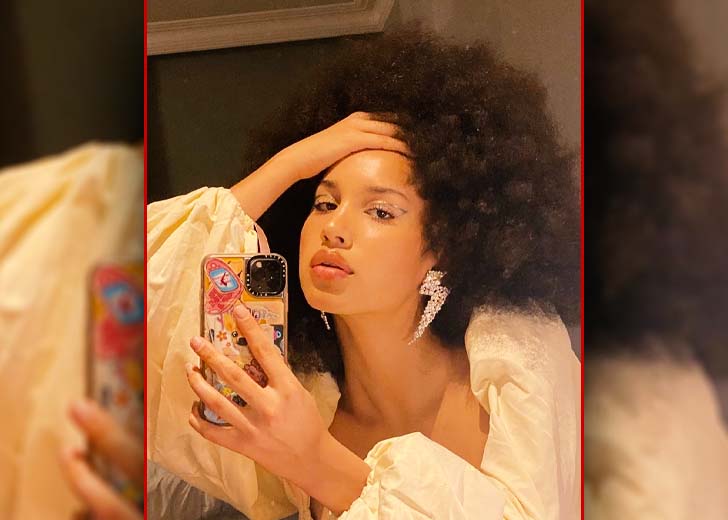 Sofia Wylie is a talented American actress who first gained prominence following her portrayal of Buffy Driscoll in the Disney Channel series titled Andi Mack (2017-19). For her performance in it, she won as well as got nominated for one Young Entertainer Award.

In addition, her other portrayals in movies and TV shows include Cory in Back of the Net (2019), Riri Williams aka Iron Heart in the Marvel Rising animated franchise (2019-20), Mia Brooks in Shook (2019), and Gina Porter in High School Musical: The Musical: The Series (2019-22).

Read on to learn five facts about Sofia Wylie, including her personal life, age, height, and more.

Sofia Wylie Doesn’t Seem to Have a Boyfriend

The present relationship status of the actress seems to be single. Wylie has kept most of the details about her personal life upto herself only.

There have been no reports of her having a boyfriend. Neither has she given out any hints of being in a relationship with someone special.

If anything, it’s known that she celebrated 2020 and 2021’s Valentine’s Day alone. On both occasions, she had posted some pictures from her photoshoot and wished her followers “Happy Valentine’s Day” from her side.

Considering all the tidbits of information we know, it seems pretty clear that she is single and relishing her singlehood. Furthermore, no details regarding her dating history have been found.

Wylie celebrates her birthday on the 7th of January every year. She recently turned 18 years of age in this year’s January 7.

A few days after her 18th birthday, on January 12, 2022, she took to her Instagram handle to share a picture of herself with her pet dog. She wrote a simple caption reading, “18!”

Born in 2004, she was raised in the suburbs of Scottsdale, Arizona. As per her date of birth, her birth sign is Capricorn.

Sofia Wylie Is the Youngest Child of Her Parents

The Spider-Man voice actress was born to a father of African-American and Korean ancestry and a mom of German and English descent. Thus, she has mixed ethnicity and is part-Korean.

Her father’s name is Chris Wylie and her mother’s name is Amy Wylie. Besides her parents, she has an older sibling too, a sister named Isabella ‘Bella’ Wylie — reportedly a chef. Her sister is 20-year-old and was born on January 3, 2002.

She is very close to her parents and sister and occasionally flaunts pictures alongside them through her social media handles. It’s also reported that Wylie’s parents were very supportive on her journey to become an actress, which still remains the same.

Sofia Wylie Has a Tall Height

However, as that tweet was made over two years ago, it’s plausible to assume that her height has increased by a few inches. Her IMDb profile states that her present height is 5 feet 11 inches or 1.8 meters.

As for her weight, she reportedly weighs around 58 kg or 128 lbs. Her body measurements are unknown. Furthermore, she has a slim-built body, black curly hair, and her eyes color is dark brown.

Sofia Wylie’s Net Worth Is in Million

Wylie presently has 11 acting credits to her name, with one more to be included when her upcoming gig The School for Good and Evil gets released in 2022.

With all the success she has gained in recent years, it cannot be denied that she will continue to make a mark in the entertainment industry.

Coming over to her net worth, she must have earned a decent amount from all of the gigs she has done. So, how much is Sofia Wylie’s net worth? Well, it’s reported that she has an estimated net worth of around $2 million.