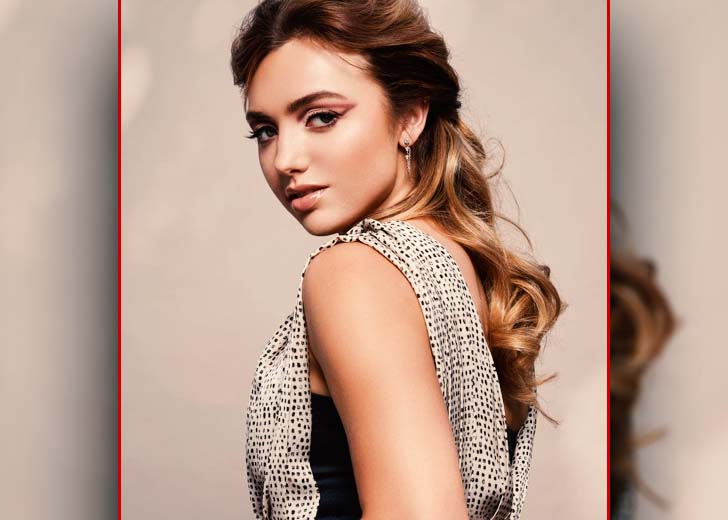 American actress and model, Peyton List, known as Emma Ross in the Disney channel’s famous show Jessie, has been in the hearts of her fans since her childhood.

She made her acting debut with the film 27 dresses in 2008 and now seeing her grow up along with the fans of the ’90s has made them seem even closer.

Over the years, List has been seen as one of the cheerful actresses who is open about her life either be it professional or private. She was especially candid about her past relationship with her ex-boyfriend Cameron Monaghan.

But when that relationship came to an end, she began managing a secretive personal life. For instance, her Instagram is relationship-free, keeping everyone in dilemma and holding everyone’s interest towards her love life.

In an interview with Build series in September 2018, List had openly accepted that Shameless star, Cameron Monaghan, was her boyfriend at the time.

She even specified the details by stating that her relationship with her now-former boyfriend started in 2017. They hit it off when they were working for Anthem of a Teenage Prophet.

“The whole cast, we all shared a trailer and we’re in the same hotel but not in the same room. It was a small town, two and a half hours away from Vancouver, so we all really got to know each other and all became so close,” List recalled in the interview.

She added, “And then sort of in the middle of it, Cameron and I started realising we liked each other and started dating after.”

Her love could be seen through her eyes and words during the interview but everything, now or later, comes to an end. So did it happen to their relationship when E! News revealed the exclusive about the couples calling it quits which was later officially confirmed by Cameron Monaghan in his social media quoting,

“Hey @PeytonList, figured now was as good a time as any to post this. The video was taken on the set of Anthem about two days after we had started dating. I was obviously smitten. Thanks for sharing nearly two amazing years together. Love you and wish you the best,” cited by him in a since-deleted tweet in January 2019.

So it was interpreted as an official breakup announcement by their fans.

List has not been linked with any other partner since 2019 but a rumor has surfaced between the fans of her dating Jacob Bertrand, co-star of Cobra Kai.

The rumor is true or just a speculation is yet to be confirmed but the fans have already started to anticipate to have a certain magical moment between them. According to Distractify, some fans have started to support the couple on Twitter as one user said,

“Um not me just finding out that Peyton List and Jacob Bertrand are dating … I AM HERE FOR IT,” one user tweeted.

Another said, “I legitimately forgot that Peyton List and Jacob Bertrand were in that Disney Channel movie together before Cobra Kai,” about the Disney Channel original movie The Swap.

But it seems the expectations of fans would be in drain as Jacob Bertrand is in a long lasting relationship with his girlfriend Serena Pullen, with whom he has been in relationship since 2016.

Bertrand seems to be open about his relationship as he has been active in his Instagram handle, posting their relationship anniversary on July 24 of each year and has been enjoying their love life till date.

So it might create a little disappointment among the fans expecting List and Bertrand to be partners.