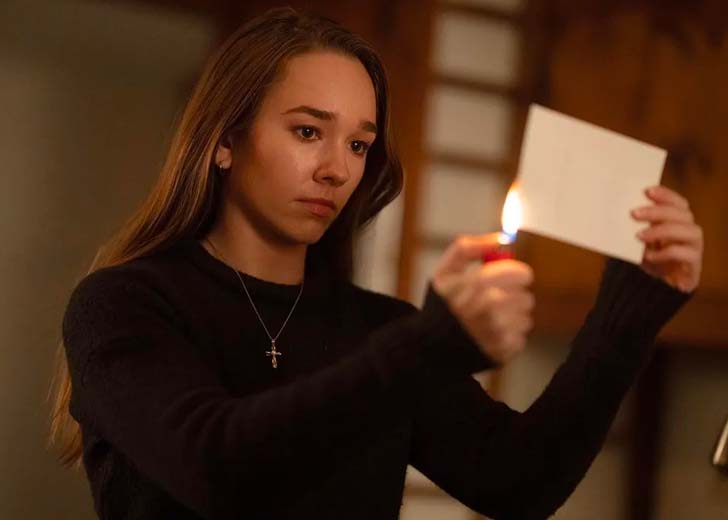 Holly Taylor is a Canadian-American actress and dancer who started her career just at the age of eleven. She is well known for the role of Paige Jennings in FX’s television series The Americans.

Taylor even received a nomination for the Critics’ Choice Television Award for Best Supporting Actress in a Drama Series in 2019 for her role as Paige Jennings.

Taylor has played in numerous movies like Ashley, Worst Friends, and We Still Say Grace. And her television works include The Good Doctor, Bull, Heartstrings, and The Unsettling.

Her recent work was playing the role of Angelina Meyer in the NBC/Netflix supernatural drama series Manifest.

Where is Holly Taylor now?

Taylor recently graduated from Kean University in Union, New Jersey, with a Bachelor of Fine Arts. She also studied graphic design at the same university.

“Getting a college degree was something I always wanted no matter what, and throughout all of my acting career, my education has always come first,” Taylor told The Kean University.

“I’m the first person in my family to go to college, so I was so clueless, and so were my parents. To have that extra guidance from my professors at Kean is really the thing that stood out to me the most,” she added.

Taylor currently resides in Wayne, New Jersey, and has been living there since she was two years old. She went to Wayne Hills High School. She was born to Irish mother Margaret Taylor and Scottish father Mark Taylor around 1997/1998.

Originally from Nova Scotia, Canada, her family moved to New Jersey in early 2000 when she was just 3. There, she was enrolled in a dance class, and she took it immediately, as per The New York Times.

Taylor said, “My dream was to be on Broadway. My parents didn’t even know what Broadway was.” When she was 11, she landed the role of Sharon Percy in the original Broadway production of Billy Elliot.

Her parents kept her in school as she went on to explain, “They definitely thought school was more important, but at the same time, they didn’t want to ruin the opportunity for me.”

She further added, “If my grades were to ever start slacking, it would’ve been like, ‘You’re out.’”

She revealed, “I like where I’m from, and I like the suburbs. New Jersey gets so much hate because of shows like Jersey Shore and The Real Housewives of New Jersey, but it really has everything.”

Yes, Taylor has a boyfriend and has been dating her boyfriend, Phil Pawlak, since her high school years. However, not much is known as the actress does not often reveal her relationship to the public.

However, in 2018, she disclosed that she has a boyfriend. She revealed to The New York Times that during her high school years, her boyfriend would court her at the Wayne Hills Diner, New Jersey, because he knew she liked chicken fingers.

The pair is still dating and lives in town with Taylor’s parents.

Holly Taylor has a sibling

Taylor is not the only kid of her parents. In fact, she is the second child. She has an older brother named Phil Taylor, who is in the United States Marine Corps, as per her IMDb profile.

The actress, on November 11, 2016, posted a picture of her brother with a long caption that started with, “happy veteran’s day to everyone from every branch.”

Darren Barnet's Ethnicity Blended in 'Never Have I Ever' Role