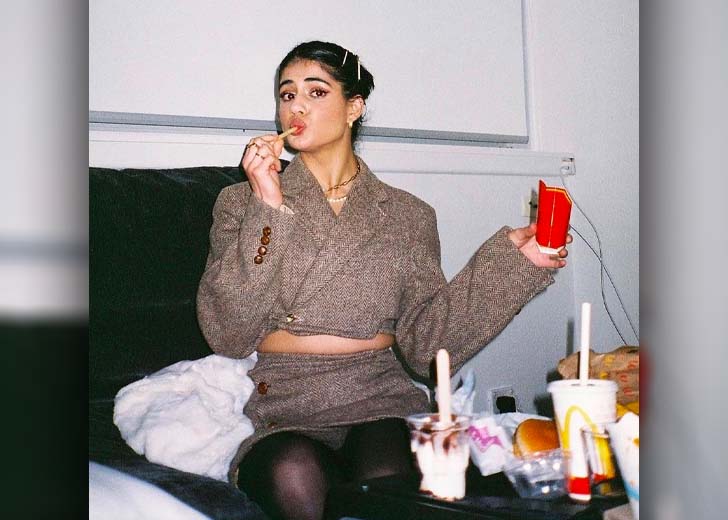 All about the Australian actress!

Ayesha Madon is an uprising Australian actress and musician. She has only been a part of two acting gigs to date, with one of them yet to be released.

Her acting debut came in 2021 when she portrayed the role of Cadet / Chav Dave in the mini-series The Moth Effect. Similarly, her unreleased acting gig is the upcoming Netflix show Heartbreak High, which will air on the streaming platform on September 14, 2022.

In the show, she will play the lead role of Amerie. And the series’ synopsis is, “A fresh look at Hartley High over 20 years on. With her new friends – outsiders Quinni and Darren – Amerie must repair her reputation, while navigating love, sex, and heartbreak.”

Talking more about Heartbreak High, it is a reboot of the ’90s show of the same name that aired from 1994 to 1999. The original show divulged into the instability of young adulthood and was centered around sex, friendship, and addiction.

How old is Ayesha Madon?

Madon has kept most of her details hidden from the outside world. In addition, as she only came to the limelight some time ago, there is little to no information found about her.

Among many things that remain unknown about her – like her height – is her age, and another is her family life. Madon has kept the details about her date of birth and parents up to herself only. It’s also unknown if she has any siblings or not.

However, her May 2022 interview with the Australian Fashion Journal did mention that she came from a music-infatuated family. Similarly, her December 2020 interview with Pile Rats revealed her full name as Ayesha A. Madon, and in it, she mentioned she fell into music theatre because her family was into it.

Madon was mostly raised by her parents in the suburbs of Sydney, but when she was 17, she moved to Melbourne to study music theatre at Victoria College of the Arts (VCA) — she graduated in 2018.

Speaking about her time at VCA, she told the Australian Fashion Journal, “It was full of trials and tribulations and whatnot, but I had a really fun high school experience because I went to a performing arts school.”

“Everyone around me was almost on the same level of bizarre as me. I feel like everyone gets bullied in high school (it’s a rite of passage), but it was really fun for the most part. It’s where I found my passion for performing arts, so I had a great and very awkward time.”

After graduating from VCA, she enrolled at the North Strathfield-based The McDonald College. Besides these, there are not many details known about her education.

Is Ayesha Madon dating a boyfriend?

As of this writing, Madon seems to be dating a boyfriend. However, she has kept all the details about her current relationship away from her social media handles and the eyes of the media.

In her interview with the Australian Fashion Journal, the actress was asked if she ever felt heartbreak and how she dealt with it. In reply, she said, “Yes and no. I never had a proper boyfriend (per se), especially not in high school.”

Ayesha Madon with her grandmother in October 2019 (Photo: Instagram)

“I think it felt like I had my heartbroken at the time by people I was just really infatuated with and rejected by, but I’m not certain I actually fell in love for the first time until the pandemic. That being said, I don’t want to undermine the feelings I had in high school.”

She continued, “I deal with heartbreak the way I can, which is oftentimes badly. I just do what I can to get through, I would say maybe time, crying, friends and writing music is key for me.”

Apart from this little tease, Madon hasn’t opened up about her relationships with the media. For now, it seems like she will keep her love life low-key until she feels good enough to reveal the details to the public.

As Madon was raised in a music-infatuated family, she was into the field from a young age. While talking to Pile Rats, she said, “I’ve kind of always wanted to do music – I grew up writing, like I’ve been writing since I was a kid, and I always listen to pop music.”

“I kind of fell into music theatre a little bit, as probably pretentious as that sounds, just because my family was really into music theatre. They always used to play it in the car, but I think I’ve always been a ‘So Fresh, Britney Spears’ pophead,” she added.

When asked what’s her vibe music-wise, she replied, “When I’m writing by myself, it kind of comes out a little bit more coming-of-age, existential sadboi music, but I think everything always has at least one foot in R&B, just because my voice fits in that genre.”

In December 2020, Madon released her debut single ‘Outside of the Party.’ When asked about her new single, she told Pile Rats, “One day I was day drunk, and I got into a philosophical debate with myself about why I hadn’t released music.”

“And I came to the conclusion that I thought my music mattered more than it did, and I was scared about what people would think, so that day I was like, ‘you know what, Ayesha? Whatever you write at the end of this day, you will release.'”

“I tracked and wrote the song that day, and it was Outside Of The Party. That’s the song I chose to release! It was really just me trying to dip my toes into the pool of releasing music, and trying to learn about the release process, and I’m really glad I did it.”

In the end, the uprising actress and musician added that she didn’t expect her debut song to receive the response it did.