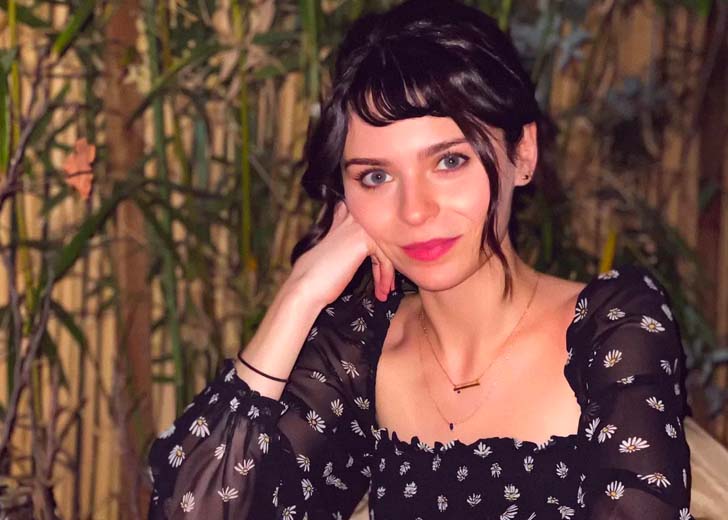 And what is she doing now?

Alexandra Krosney is a well-known American actress and voice actor who came to fame through her performances in several movies and TV shows. Some of them are Family Affair, Shredderman Rules, Surviving Suburbia, Transformers Prime, and Barely Lethal.

However, none of those acting gigs gave her the limelight that she got for her performance in Last Man Standing. Krosney portrayed the role of Kristin Baxter in the first season of the ABC sitcom — in 24 episodes.

But her journey was cut short when she left the show after the first season. Later, the character of Kristin Baxter was given to actress Amanda Fuller — a role which Fuller played from the second season till the ninth and final season in 2021.

Coming back to Krosney, she has only appeared in a few movies and TV shows since her disappearance from the ABC sitcom in 2012. And lately, she hasn’t been a part of any acting projects, except for one small voiceover role in 2021 — her first since 2016.

So, her fans have been wondering what the actress has been up to now. But most importantly, if she has someone special with whom she has been spending the past few years.

Does Alexandra Krosney have a boyfriend?

For those wondering if Krosney is married to a husband, she isn’t. And to talk about her dating life, her present relationship status remains unknown.

It’s so because the actress has managed to live a private life and keep details about her love life hidden from the media. To date, there have been no reports of her dating a partner.

Alexandra Krosney seems single but has the company of her pet dog (Photo: Instagram)

In addition, her social media handles are clear and don’t provide any clues about her dating life. She is occasionally active on social media, mainly Instagram, and has only posted photos from her trips, old images, and other random pictures.

To conclude everything, it only seems perfect to say that Krosney’s present relationship status is single and she doesn’t have a boyfriend. It looks like she is relishing her singlehood with the company of her pet dog.

But being single doesn’t mean she doesn’t want the company of a significant other. During one of her interviews in 2017, the actress mentioned what type of partner she is looking for and said that the man should be tall, handsome, be quiet, and let her do all the talking.

While Krosney might be single now, it was once rumored that she was in a romantic relationship with film producer Kevin Cornish. It’s reported that they met each other in 2013 after being introduced by a mutual friend, and eventually started dating.

However, their togetherness didn’t last for more than a year as the pair reportedly parted ways in 2014. Additionally, it’s said that the two reconciled their relationship again in 2016 and dated for a year, but these reports are yet to be confirmed by either of them.

Alexandra Krosney was rumored to be dating a few people in the past (Photo: Instagram)

Furthermore, in 2017, there were some speculations that the actress was dating Georgian-American actor George Finn. However, it is currently unknown if their dating rumors are true as they have never been confirmed or denied.

Why did Alexandra Krosney get replaced on ‘Last Man Standing?’

Returning back to Krosney’s exit and replacement from the ABC sitcom Last Man Standing, when it happened many viewers were left shocked. Many took to their Twitter handles to express their anger and disappointment.

For instance, one Twitter user wrote, “I hate it when they recast characters on TV shows! Replacing Alexandra Krosney on #LastManStanding was NOT a good idea! #NotHappy.”

“WOAH WOAH WOAH WOAH back it up!!!! @LastManABC where is Alexandra Krosney??? I liked her SO much better >:( #angryfan!!!!” another user wrote.

To this date also, fans miss the actress and her performance on Last Man Standing. But what was the reason behind her exit and replacement? Initially, it was said that Krosney left the show due to some unknown reasons with her boyfriend.

However, the actress didn’t even have a boyfriend at the time. Later, it was revealed by the show officials that Krosney was let go due to creative differences. It was stated that the creators thought the role of Kristin Baxter would better suit Amanda Fuller than Krosney.

The age factor between Krosney and Fuller also played a handy role in the re-casting. As Fuller is older than Krosney, the ABC officials thought preferring an older actress as “the age difference afforded the show the opportunity to retool the family dynamic.”

Furthermore, it was argued by executives as they said that Krosney was chosen to be a part of the show to set the storyline; however, Fuller seemed more suited for the role than Krosney once the story came on track.

Everything about Sky Bri — From Target Employee to OnlyFans Millionaire, Boyfriend, and Parents