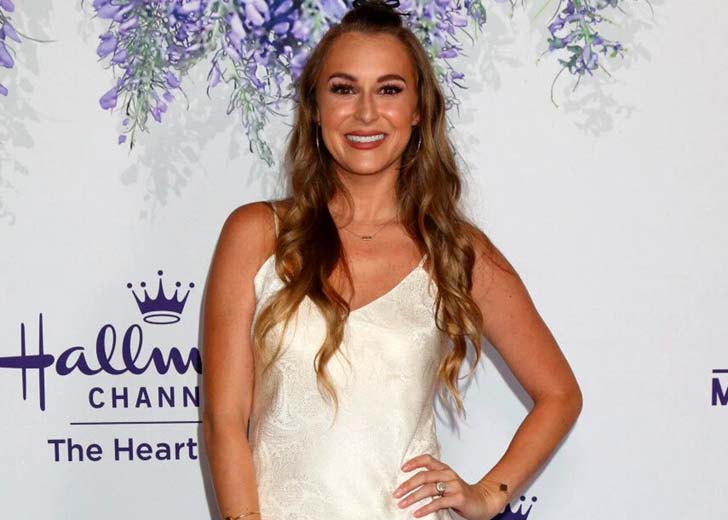 Alexa PenaVega and her family decided to leave their Hollywood lifestyle in 2017.

Alexa PenaVega (née Vega) is one of the most talented and experienced actresses in the entertainment industry. She started her journey as a child actress and has never turned back, continuing as an actress for over 29 years — she is 33 years of age.

Spending that much time in the charm of Hollywood apparently took some toll on the actress and her family, consisting of her husband Carlos PenaVega, aka Carlos Pena Jr., and their three children; Ocean King, Kingston James, and Rio Rey.

So, in 2017, the PenaVega family decided to leave their Hollywood lifestyle and move to rural Hawaii, Maui, to be precise. At the time, they mentioned the move was to be “part of a community that shared their faith.” The married couple is Christian and first met each other at a Bible reading in 2012.

And now, in late June 2022, the actress opened up a bit more on the move with Fox News as she discussed her and her husband’s recently published joint memoir, What if Love is the Point? Living for Jesus in a Self-Consumed World.

PenaVega told Fox News that she had started to feel trapped in the entertainment industry. In addition, she called Los Angeles “so jaded” and said that “God pulled her out” of that place so that she could “learn how to be an awesome mom and wife.”

Alexa PenaVega with her husband, Carlos PenaVega, and their children (Photo: Instagram)

The actress then stated that her life partner was struggling with rejection from the industry before moving to Hawaii, and it was becoming too much for him. “Every audition he went on, it would get down between him and one other guy and the other guy would always get it.”

“We’d always talked about moving to Hawaii, but later on in life, like a retirement plan. But we also knew that we didn’t want to raise our kids in Los Angeles. I felt this tug in my heart. I felt it was God going, ‘You guys need to get out of here. It’s time.’”

And although PenaVega didn’t want to move as she loved Los Angeles, she later had the revelation. “I needed a heart reset. I was the one trapped in the entertainment world and needed to take a step back. My job became my identity,” she added.

“God pulled me out of that so I could learn how to be an awesome mom and an awesome wife. God helped us build that foundation in our family. And once I had that revelation, I felt at peace,” PenaVega concluded her statement on the topic.

How much is Alexa PenaVega’s net worth?

For someone like PenaVega, who has lived most of her life in Hollywood, it must have been challenging to make a sudden change, especially that far. Similarly, it must have taken a fortune out of the actress and her husband’s pockets to move out and settle down.

Thankfully, both PenaVega and her husband have been in the entertainment industry for long enough to accumulate a healthy income. As we already know, PenaVega is a well-known actress with 98 credits on her IMDb profile.

Among those 98 acting gigs, she is best known for her performances as Carmen Cortez in the Spy Kids film franchise. In addition, some of her other movies and TV shows are Evening Shade, Ladies Man, Sleepover, Ruby & the Rockits, Sin City: A Dame to Kill For, The Loud House, and The Casagrandes.

With all she has done, the actress has gained millions of fans worldwide and reputable net worth. PenaVega has an estimated net worth of $8 million, per Celebrity Net Worth.

Her husband, Carlos PenaVega, is a renowned American singer-songwriter and actor who has given multiple hits over the years. And thanks to his work, he also has a net worth of $8 million, per Celebrity Net Worth.