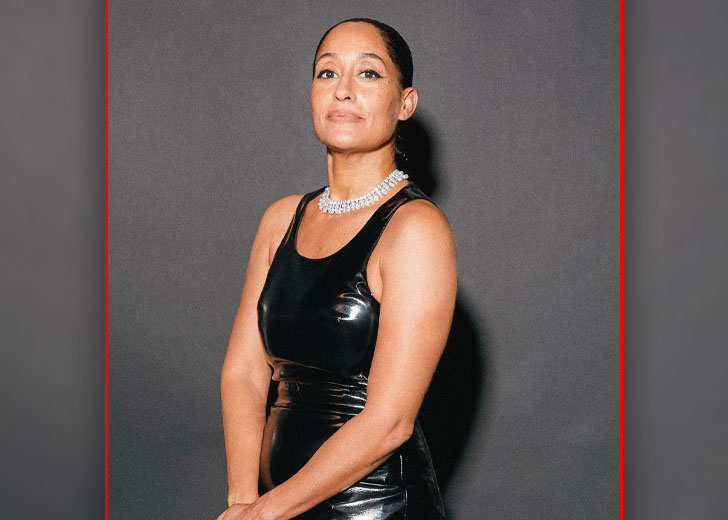 “…but some things precious to me are not for public consumption. They belong to me,” she said about her decision to keep her personal life private.

Tracee Ellis Ross has a huge fan following, but what remains a mystery is whether the actress has someone she loves in her personal life.

The multitalented actress and singer is frequently seen posting about her family members; however, she is silent and doesn’t like to disclose much about her personal affairs.

Is Tracee Ellis Ross Dating a Boyfriend or Married to a Husband?

Ross reportedly isn’t married at present and was never married to a husband in the past, too.

During an interview in November 2020, the actress stated that she was single at the time amid dating rumors with Kenya Barris.

Barris is a producer, actor, and writer from the United States, best known for making the ABC sitcom Black-ish. In addition, he divorced his wife in 2019, ending 20 years of their marriage.

Tracee Ellis Ross and her rumored boyfriend Kenya Barris clicked at an event.

Regarding dating rumors between Ross and Barris, both have kept quiet and haven’t addressed the speculations.

In the past, Ross was similarly linked to musician Akon’s older brother, music manager Abou ‘Bu’ Thiam. It is the only relationship the actress officially confirmed — but apparently after they broke up.

Speaking on The Breakfast Club radio in 2016, Thiam also stated that even though they were no longer dating, they would always be lovers.

“I and Tracee will be lovers forever,” he shared. “That is something I truly believe. My relationship with her is genuine and unconditional. Anyone who enters my life must be aware of this, and vice versa with her.”

The music manager later explained their breakup, saying, “Being with someone is, in my opinion, actual work. It is a significant responsibility. She’s at a point in her career where I don’t want to waste her time or put her in that position if I can’t give her everything I have. Why don’t you give her the chance to find someone who can?”

Tracee Ellis Ross’ Thoughts on Marriage and Starting a Family

In an interview with ABC News, Ross explained why she kept her love life private and shared thoughts of getting married and starting a family.

The actress said that she was born into a very “public family,” due to which her life was always in the spotlight. Hence, she had decided to develop a bond that was important and sacred in her life.

“…but some things precious to me are not for public consumption. They belong to me.”

Besides, she has opened up about motherhood and how her desire to start a family has changed over time. She recently chatted with Marie Claire and opened out about the pressures of feeling obligated to have children and get married.

Ross said that she would love to get married someday to the love of her life, make babies and start a family. However, at present, she is only focused on her profession, and she only wants to focus on her work at the moment.