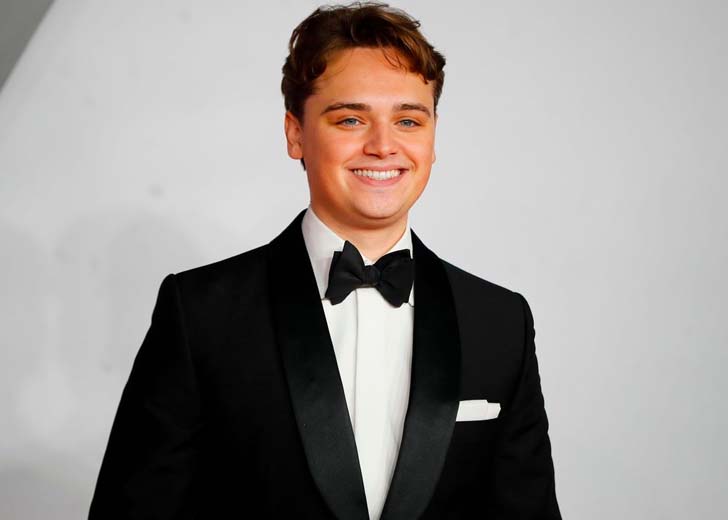 Was Dean-Charles Chapman actually dating his on-screen sibling, or was it all rumors?

It is not a surprise when there is news about co-stars dating. In fact, many artists have revealed that they are in a relationship with their co-stars.

Penélope Cruz and Javier Bardem, Eva Mendes and Ryan Gosling, Sarah Michelle Gellar and Freddie Prinze Jr., and Natalia Dyer and Charlie Heaton are some of the couples who met on set and started dating.

It was reported that Game of Thrones stars Dean-Charles Chapman, who played King Tommen Baratheon (Lannister), and his on-screen sister, Nell Tiger Free, who portrayed Myrcella Lannister, were also dating.

However, there has always been confusion if the news of Free being Chapman’s girlfriend was just a rumor or if there is any truth behind those speculations.

Chapman was a part of Game of Thrones from Season 4 to Season 6, whereas his rumored girlfriend was only there for two —  Season 5 and Season 6.

The dating speculations started in July 2015 and continued until the pair were no longer a part of the acclaimed series.

While filming, it seems like Chapman and Free became close friends. They often tweeted each other and revealed they were spending time outside the Game of Thrones set.

Similarly, Free gave updates about what was happening behind the scenes, like flying to a location to shoot, and it often involved Chapman.

Sometimes, she tweeted his photos, whereas sometimes, she wrote about how much she missed him. This made many speculate that Free was Chapman’s girlfriend.

The pair were often joined by their Game of Thrones co-star, Isaac Hempstead Wright, who played Brandon Stark, and it seemed to escalate the rumors further.

For instance, Wright posted a photo of himself with the supposed couple and wrote, “Aren’t they so cute?” However, he did not clarify whether he addressed them as a couple or as individuals.

Fans and followers, on the other hand, chose to believe that the pair were couples and not just best of friends.

The speculations about Free being Chapman’s girlfriend continued for a long time. However, neither of them addressed it.

They neither agreed to it nor denied it. As a result, many fans and followers took their silence as a hint that they were dating.

This continued until their co-star Maisie Williams, who played Arya Stark in Game of Thrones, took to Twitter to debunk it. She replied to an article by Nylon Magazine speculating if the Baratheon-Lannisters siblings on-screen were dating off-screen.

She claimed that everything was just banter and nothing more. She wrote, “BANTS IS UNREAL RN. SO MUCH BANTS. INCEST BANTS. BANTS. bants.”

Since then, Chapman has been quiet about his love life. It is unknown if he has had a girlfriend since these rumors.

Similarly, many speculate about his sexual orientation and say he is gay. However, the actor has not addressed these rumors as well.

On the other hand, Free is currently in a relationship with chef and author Isaac Carew.

Chapman and Free are not the only co-stars from Game of Thrones whose relationship has been questioned by fans. Emilia Clarke and Jason Mamoa, who played Khaleesi Daenerys Targaryen and Khal Drogo, were also rumored to be in a relationship.

However, Kit Harrington and Rose Leslie, who portrayed Jon Snow and Ygritte, were in a relationship. They started dating in 2011 and got married in 2018. Their son was born in 2021.