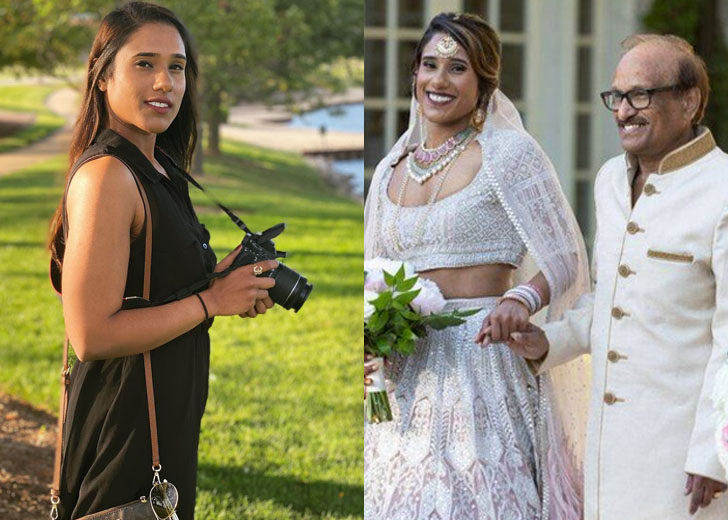 Deepti Vempati has two siblings in her family in addition to her adorable parents!

An Information Technology Analyst by profession, Vempati has soared to fame through the reality show. Additionally, her fan following on social media has risen to almost half a million. Here is a look at everything we know about her!

Deepti Vempati is originally from India

Vempati is currently 31 years of age. She was 30 while filming the second season of Love Is Blind. She celebrates her birthday every year on January 31.

On her 31st birthday in 2022, she shared a couple of snaps via her Instagram handle. “This will be the best year yet #31,” she captioned her post.

Born in 1991, Vempati is originally from India. She was born and initially raised in the suburbs of India. Later, when she was still young, her family relocated to the United States. Her zodiac sign is Aquarius.

For her education, she first attended high school and then enrolled at Bradley University in 2009. Four years later, in 2013, she graduated with a Bachelor’s degree in Psychology with a minor in Business Management.

As mentioned above, she is the middle child and has two siblings. Her older sibling is a brother named Sunny, and her younger sibling is a sister named Divya. Deepti has a close bond with her family members and occasionally shares pictures with them.

Both of her siblings are well-settled by profession. Her brother currently works as a Staff Frontend Engineer at a company named Gemini, and her sister works as a UX Generalist at State Farm.

Furthermore, her brother is a married man. For years, he has been married to his longtime wife, Hina Merchant Vempati. Together, the married couple lives in Denver, Colorado.

The Information Technology Analyst at Allstate reportedly stands at a towering height of 5 feet 7 inches or 1.7 meters. But, that figure is yet to be confirmed as some other outlets suggest that she is 5 feet 6 inches or 1.67 meters tall.

Coming over to Vempati’s weight, the exact information about it also remains undisclosed. But, looking at her pictures, it could be said that she has a slim figure and has maintained her weight. Additionally, reports suggest that she weighs around 70 kg or 154 lbs.

On Instagram, Vempati goes by the username of @lifewithdeeps and has garnered more than 471,000 followers. She could be seen sharing multiple pictures from her vacations and travel on the photo-sharing platform.

Additionally, she could be seen wishing her siblings on their birthdays and many more things. She has created several story highlights and made it easy for others to get a sneak peek at her life.

Most of those story highlights are related to her travel and are titled India, Chicago, Hawaii, Colorado, Singapore, and Banff.

As of this writing, Vempati remains single and doesn’t have a boyfriend. However, she was about to get married after finding a partner on the dating show Love Is Blind season 2.

As things started to unfold on Love Is Blind season two, the reality star chose Abhishek “Shake” Chatterjee, also from India. They even got engaged, and preparations were set for their grand wedding.

But, all of that went in vain when Vempati decided to call off her engagement and not get married to Chatterjee on the wedding day, as seen in the show’s season finale on Friday, March 4, 2022.

While walking away from Chatterjee at the altar, she said, “I deserve somebody who knows for sure. So I’m choosing myself and I’m going to say no.”

After the season finale aired and their breakup was seen by everyone, Vempati’s brother and his wife made a joint Instagram post in which they criticized Chatterjee and mentioned how proud they are of Deepti for walking away from that relationship.

One paragraph from that statement read, “We wish you didn’t pick that [clown] but despite his childishness, you carried yourself with grace and continued to see the good in people. We’re so damn proud to call you our baby sister, and know we’re there for you always.”

Apart from Chatterjee, Vempati was recently linked to Salvador Perez, aka Sal, a fellow contestant on the dating show. He was matched with Mallory Zapata, but they split on the wedding day.

Vempati and Perez’s decision not to settle down with their match was one reason behind their dating speculation. And the other was a cozy selfie Vempati shared with Perez on her Instagram story while on a cast trip in Las Vegas – wearing matching blazers and writing “UnShakable Vibes.”

But despite fans’ eagerness to see the two together, it was halted when Vempati addressed those rumors during an appearance on The Viall Files podcast.

When asked if the fans’ queries of “Are Deepti and Sal dating?” she responded with a negative answer and mentioned that they are not dating. She said, “Sal and I are not together. We’re just friends.”

Afterward, she mentioned that she is currently working on herself and then took a dig at the dating rumors by saying, “I think it’s funny – the speculations.”