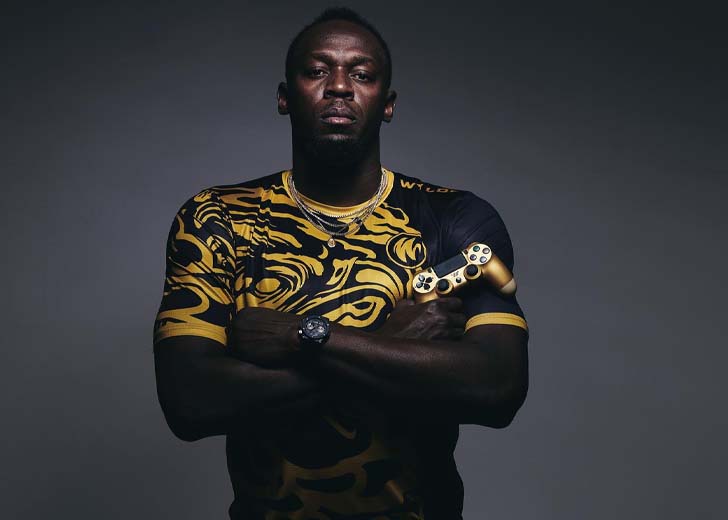 Usain Bolt, the greatest sprinter of all time, retired from the track after winning the 2017 World Championships. He won nine gold medals at the Olympics (one medal was vacated when his Jamaican relay mate failed a drug test).

With over a dozen sponsors, Bolt is also a marketing juggernaut. The majority of the deals have survived retirement. Bolt’s most lucrative contract is with Puma, which pays him $10 million each year.

What is Usain Bolt’s real name?

Usain Bolt, an eight-time Olympic gold medallist, is known worldwide for his remarkable speed. Many people, however, question whether Usain Bolt is his real name.

Some believe it is no accident that the World’s fastest man’s original name was Bolt. It is interesting to note that this is his actual name; however, he may have changed it slightly. Usain St. Leo Bolt is the actual name of the Jamaican sprinter.

Let’s find out why Bolt changed his real name.

Usain, currently 35 years old, was born and raised in Jamaica. Bolt was named Usain St. Leo Bolt by his parents, Wellesley and Jennifer Bolt. The fact that the extraordinarily fast man was born into the ‘Bolt’ family is a fantastic coincidence.

Usain is a spelling variation of Hussain, a prominent Arabic name that means “beautiful,” “handsome,” and “good.” The surname Bolt is a prevalent surname throughout the world.

Bolt is also a nickname for a strong-built guy, but the Jamaican sprinter has become synonymous with the phrase following his incredible career.

Furthermore, he did not remove “St. Leo” from his name to gain fame but rather to simplify his long name and make it easier to remember.

Even after retiring from racing, Bolt remains the undisputed champion. No one has ever beaten his incredible world record times in the 100m and 200m. He did not, however, overlook the significance of his middle name.

Bolt was born in Sherwood Content, Jamaica, on August 21, 1986.  He is the third of his parents’ three children.

The young boy was enrolled in the Waldensian Primary institution. During his time at this institution, he was noted for being a good sprinter, winning numerous 10-meter running competitions.

Bolt then transferred to William Knibb Memorial High School, where he began participating in sports like cricket. The coach thought Usain would be a better athlete than a cricketer while mentoring the interested kids in the sport. He even suggested that he attempt sprinting.

Soon after, the youngster competed in a 200-meter race at school, finishing in 22.04 seconds.

Bolt’s first honor came in the form of a silver medal in one of his school’s championships in 2001. In the same year, he earned another silver medal at the CARIFTA Games.

He won the gold medal in the 2002 World Junior Championships, becoming the youngest individual to accomplish so.

In the 2003 CARIFTA games, he collected four medals. This is regarded as a remarkable achievement.

At the 2008 Summer Olympics, his outstanding effort in the 100m event helped him earn his first gold medal.

Look At Randy Jackson's Weight Loss Journey Over The Years