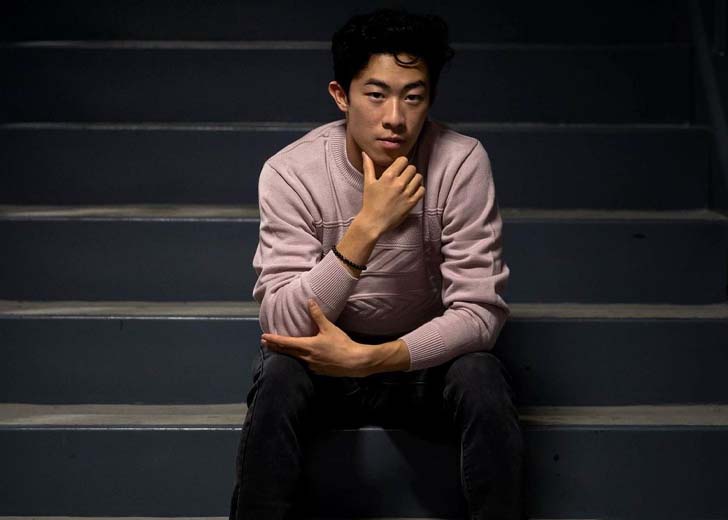 With such great achievements, it’s sure that the 22-year-old has been making a healthy income and subsequently has a good net worth too. Read on to find details about his net worth and career details!

What is Nathan Chen’s net worth?

As per multiple reports from various online outlets, Chen has accumulated a hefty net worth amounting to $2.5 million.

However, the numbers might vary from source to source, but there is a high possibility of those figures being even higher.

Chen’s main source of income is his profession as a professional figure skater. The Salt Lake City, Utah native athlete has participated in several competitions from an early age and has secured a win in most of them.

As a result, he has received a lot of money in cash prizes and more. As per Bustle, International Skating Union reported that the skater received prize money of $18,000 for each of the 2017 Grand Prix of Figure Skating series events that he won in 2017.

There were three events in that series: the Rostelecom Cup, 2017 Skate America, and the Grand Prix final. So, as Chen is a three-time Grand Prix Final champion, the figure would be multiplied thrice.

Similarly, when he won the Four Continents Figure Skating Championships in 2017, he received a cash prize of $20,000. Additionally, he has received a healthy cash prize for every competition he won – from his junior level to his senior level.

Chen’s other source of income is sponsorship deals. On February 3, 2022, Forbes published a report that mentioned that he currently has long-term sponsorship deals with 11 companies such as Grubhub and Airweave.

Those 11 companies also include Team USA’s sponsors like Toyota, Comcast, Nike, Bridgestone, and Visa. Forbes also reported that Chen earned around $1 million from his sponsors in the last 12 months leading up to the 2022 Winter Olympics. The outlet added that there might also be some bonuses.

Furthermore, the outlet stated that his earnings would be double if he wins a gold medal – in individual or team events – in the 2022 Winter Olympics — which he has accomplished now. Forbes mentioned that he would receive $37,500 from the U.S. Olympic and Paralympic Committee, respectively.

Furthermore, Forbes reported that Chen also earns some income as he is a part of a new NFT drop with the help of the game developer, nWay.

Chen – whose birth name is Nathan Wei Chen – was interested in figure skating from an early age. Besides, when he was three, he used his sister’s white skates for figure skating. As he went on, he practiced more and worked hard.

In 2007 and 2008, he competed at the U.S. Junior Nationals, where he secured 10th and 3rd places, respectively. In the next year, he went on to win the intermediate men’s silver medal.

He climbed up to the junior levels in the 2011-12 season. At the 2012 U.S. Championships, he secured the first position to win the junior men’s title. In the same year, he made his debut at the international stage during the 2012 Gardena Spring Trophy – won the novice men’s event.

Additionally, he has won three gold medals in an individual event at Grand Prix Final (2017-20) and one silver medal in the same category at the 2016-17 Grand Prix Final.