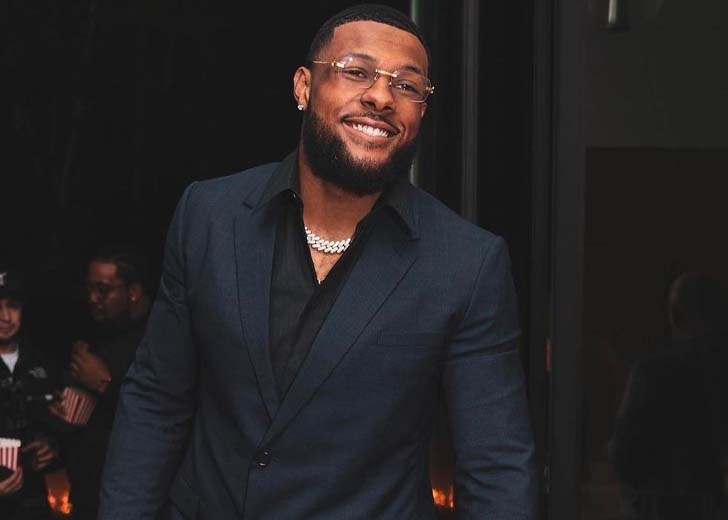 Kayvon Thibodeaux is an American football outside linebacker for the New York Giants of the National Football League. He was selected by the Giants fifth overall in the 2022 NFL Draft.

Hailing from South Los Angeles, California, Thibodeaux accepted a scholarship at the University of Oregon to play college football for the Oregon Ducks. He graduated with a degree in journalism advertising.

During his time at the University, he was named the Pac-12 Defensive Freshman of the Year in 2019 and has won several MVP honors in the 2020 Pac-12 Football Championship game. In 2020, he won the Morris Trophy and was voted a unanimous All-American in 2021.

Who are Kayvon Thibodeaux’s parents?

Thibodeaux was born to his parents, Angelo Thibodeaux and Shawnta Loice, on December 15, 2000. The player does not talk much about his father as his mother, Loice, raised him.

Loice has taken care of every Thibodeaux’s needs and requirements for football since he was young. His mother is the reason behind Thibodeaux’s accomplishments in football.

Loice is the backbone for Thibodeaux as she also works as a manager for her son. She has been Thibodeaux’s manager since he started playing for the Oregon Ducks. She is responsible for handling her son’s schedule and ensuring that he gives his all heart and soul to whatever he does.

Speaking about the athlete’s father, Angelo Thibodeaux has not been a part of his life. However, there is no evidence that Angelo has separated from his wife, Loice.

The NFL player is the only son and has always received love and support from his mother, and she made sure that Thibodeaux pursued a career as a professional footballer.

According to Sportskeeda, he not only succeeded in being a great footballer but also maintained a 4.0 GPA in college, all thanks to her mother.

It seems like Thibodeaux is not dating someone at the moment, as he has not posted anything regarding his love life on any social media platform. The footballer appears to be busy with his career and focusing on football.

Also, Thibodeaux is at his peak; to be drafted by the Giants of the National Football League just at the age of 21 is a big deal, and he may be single as he might want to concentrate on his game and does not want any distraction.

Other ventures of Kayvon Thibodeaux

The same year he launched his own cryptocurrency named JREAM named after the foundation with the same name with a mission to educate, mentor, empower and instill confidence and wisdom into underprivileged youth.

Besides football, Thibodeaux loves chess. He used chess principles to sharpen his skills as a football player. He started playing chess at a young age, watching his uncles play board games.

He was selected in a rapid tournament for NFL players as a player for Chess.com’s BlitzChamp tournament.