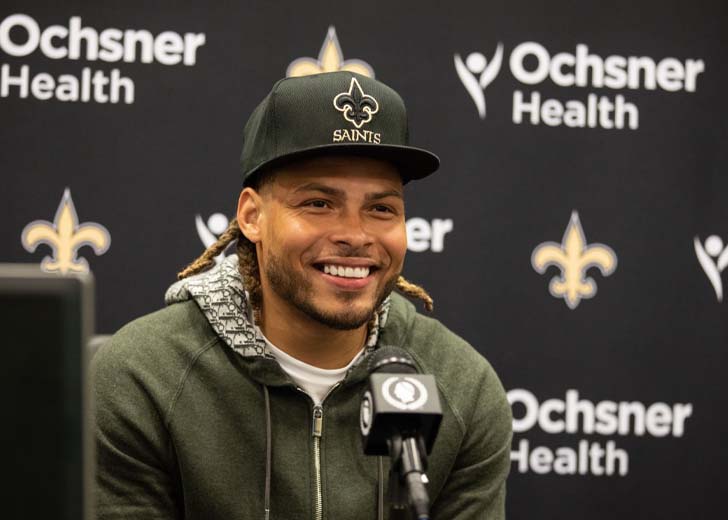 “Tyrann Mathieu is going back home.”

Heading into the 2022 NFL Draft, the New Orleans Saints knew that they had many needs and decisions that were required to be made.

Of course, the upcoming season is going to be far from any other in memory, as Sean Payton has left the organization and subsequently been replaced by Dennis Allen. Indeed, there will be several changes likely to be experienced in Louisiana, and that will include playing personnel, too.

According to recent reports, it would seem that the New Orleans Saints are expected to make an “aggressive push” for Tyrann Mathieu as the former Kansas City Chief – who goes by the nickname “Honey Badger”  – currently remains a free agent.

Who did the New Orleans Saints select in the 2022 NFL Draft?

Naturally, the 2022 NFL Draft could have helped them to fill a number of needs on the team’s roster, although the organization did appear to go against the idea of signing a safety with one of the picks that they had on the board.

Nonetheless, some would be right to argue that the Saints did well with the limited picks that they had, and that the upcoming 2022 NFL season is one that could be rather exciting for the team once games start to be played at the Caesars Superdome and around the country – as well as in the UK as part of the NFL International Series.

Why, though, has there been a lot of excitement about the upcoming season? Let’s take a look at the picks that were made and highlight why so many in Louisiana are already salivating at witnessing their team hitting the gridiron come September! 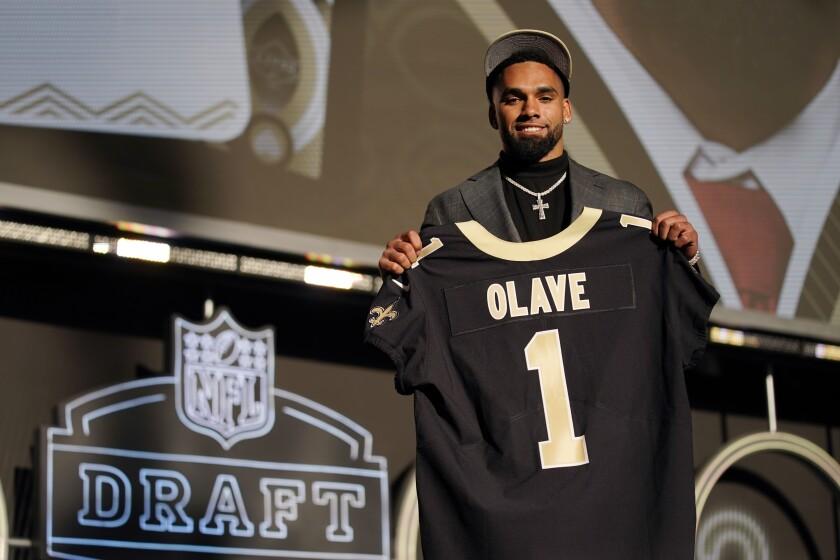 Many will have argued heading into the 2022 NFL Draft that the New Orleans Saints were lacking depth on the wide receiver chart, and it seems GM Mickey Loomis and Allen appeared to argue with that overall consensus.

So much so that they decided to make a trade with the Washington Commanders and move up the board to the 11th overall pick, trading the 16th overall pick and giving up a third-round pick (No. 98) and a fourth-round selection (No. 120) in order to get their man: Chris Olave.

It is hardly a surprise to see that the Saints moved up the board, as they have traded up an incredible 24 times in the past 16 drafts; however, they got a man that filled one of the most glaring needs on the team.

Olave was exciting in college, as he managed to put up some strong numbers and should help them to improve on their ranked-last offensive passing. With Michael Thomas and Jameis Winston in the fold, it could be a much better year on offense for the organization.

Again, another need that the New Orleans Saints needed to address in the 2022 NFL Draft was the one that they have at the left tackle position on the roster, especially after losing Pro Bowler Terron Armstead in free agency.

Naturally, there will be some concerns regarding whether Trevor Penning is the answer, although many would be surprised if any individual could come in and make the loss of Armstead insignificant.

Unfortunately, there are elements of the former Northern Iowa men’s game that may cause headaches early on in his pro career. He is very susceptible to giving away penalties, whilst he has leverage issues when it comes to pass protection. Nonetheless, if Doug Marrone and Zach Strief can help him out, and James Hurst can take responsibility for the role, to begin with, then perhaps Penning will become a star.

Indeed, fans in Louisiana who are looking to place a number of sports bets on the team that represents the state will be hoping these two-first round picks can pay dividends and help the organization get off on the right foot.

Whilst there may not be many expecting the team to reach Super Bowl LVII in February 2023, WynnBET online sportsbook in Louisiana has them at +$5000 to be the overall Winner, that can be achieved if throughout the regular season the team defeats the opponents they encounter at the Caesars Superdome and on the road.

However, will the other draft picks help to increase the organization’s products and provide bettors with an incentive to wager on their favorite team? There is every possibility that they could do. 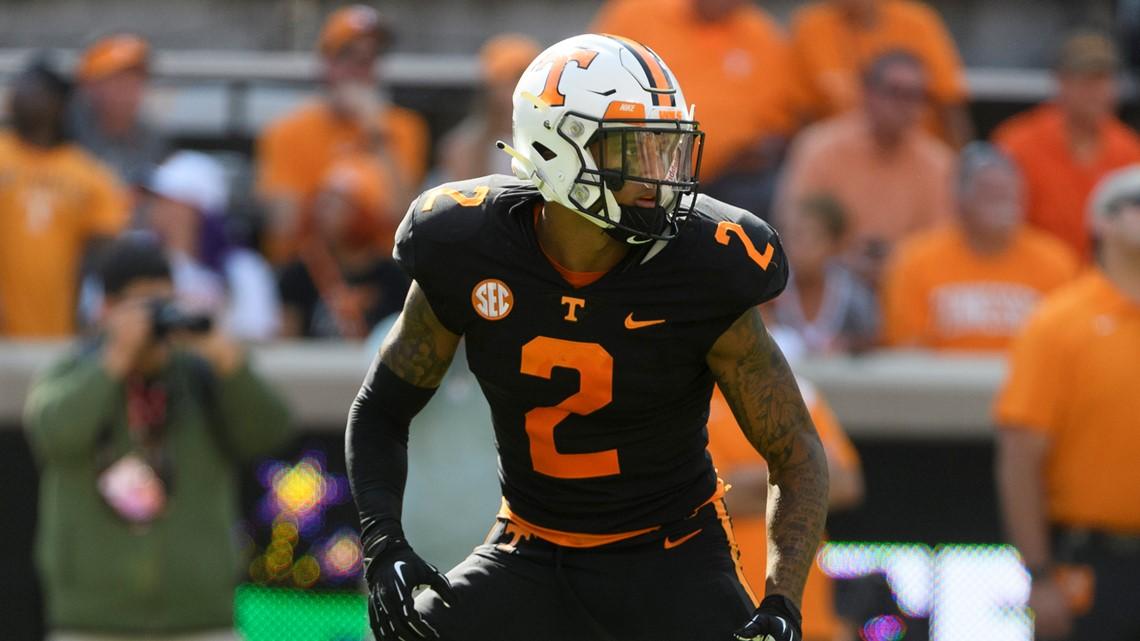 Some have argued that the New Orleans Saints got this NFL 2022 Draft pick wrong, in regard to taking him off the board in the second round, although this is perhaps the beauty of sports. Indeed, the franchise could argue it needs a DB, but there is a consensus that he could have been available in a later round.

Nonetheless, they have a player who could either line up in the cornerback position or potentially be converted into a safety in the future as he has shown he can be a physical player. The one problem is that he did miss a number of tackles.

They had to wait for over 100 picks to be made – because of the trades that had been made – but the Saints added D’Marco Jackson with the 161st selection, and it could be argued this is a top pick at this stage in the draft.

He is one of the most experienced players on special teams that were available whilst he can also punish between the tackles. However, he could struggle when it comes to pass coverage due to limited reps. Nonetheless, he could play a vital role on special teams.

Jordan Jackson will likely be playing on the inside in Louisiana, as this is where he played some of his best college football for the Air Force. An athletic defensive tackle, he could have a rather solid impact for the team when utilized, and with him being a 6th-round pick, there is a lot to like.

Whilst it is always impossible to be ecstatic about the draft picks that are made by an organization, the New Orleans Saints appear to have been able to select some players who could have an impact on the franchise moving forward.

Of course, we will have to wait and see what happens once the NFL 2022 season begins, but perhaps the new era led by Allen could be one that starts off as a success and continues to develop as the weeks pass by!