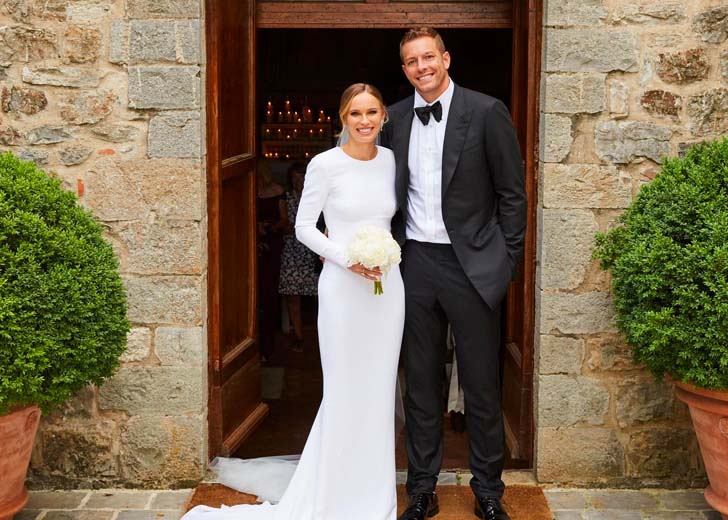 The Lee kids steal the hearts of millions.

The sports power couple, David Lee and Caroline Wozniacki, have left the fans in awe with their mysterious encounter. Although the couple has succeeded in marriage and even welcomed their second child recently, there’s still the curiosity of “how they met.”

Lee is a former basketball player, while his wife, Wozniacki, is a former tennis player. They most probably found a connection through their common interest in athleticism and eventually got married.

Recently, in October 2022, they had a baby boy and became a family of four. Now, the power sports couple has a beautiful little family and lives a comfortable life together. However, their history of encounters remains unexplored.

Lee and Caroline Wozniacki are both former athletes, due to which they might have had many mutual connections. According to sources, they met through a friend who introduced them to each other at a dinner party in Miami.

After their short encounter, the couple hit it off pretty well and started dating. At first, they were spotted getting intimate at a party, raising speculations about their dating. Later, Wozniacki’s brother confirmed their relationship and cleared the confusion.

When they met, Wozniacki had just broken up with her ex-fiancee, Rory Mcllroy, and was “blowing some steam off” in Miami. She also stated that she wanted to date someone much taller than her so that she could “wear heels.” Coincidentally, she met Lee, who happens to be 6 feet 9 inches.

The couple looks incredibly happy in the pictures and is taking only steps forward.

After 2 years of dating, Lee took a step forward and proposed to Wozniacki for marriage in November 2017. Certainly, Wozniacki responded with a huge ‘yes’ and made their engagement official through an Instagram post.

Her engagement post was a beautiful picture of the ring with a lovely caption that read, “Happiest day of my life yesterday saying yes to my soulmate.”

Just a few months back, in April 2017, Wozniacki made their relationship official on Instagram through a lovely birthday post for David. Later, they got married after Caroline’s retirement in 2019.

The wedding occurred at Castiglion del Bosco in Tuscany, and the setting was simply magical. They got married among their family, friends, and loved ones and got their blessings for a long and happy married life.

The power couple became a family after their wedding in 2019. In 2021, they welcomed their first child, their daughter Olivia Lee, and became a family of three. Wozniacki often shares pictures of her on Instagram and undoubtedly resembles Lee with her wide-set eyes and beautiful smile.

Recently, in 2022, they again welcomed their second child, their son James Lee in October. They announced the news with a beautiful picture of Olivia with her baby brother. With their two kids, they are a family of four now and live happily together.

During her retirement, Wozniacki stated that she wanted to start a family with her husband and travel the world, and she was working towards her goals.

She said, “Getting married to David was one of those goals, and starting a family with him while continuing to travel the world and helping raise awareness about rheumatoid arthritis (project upcoming) are all passions of mine moving forward.”

In a recent Instagram post, Wozniacki posted a picture of her taking Baby James out on a walk. Indeed, she looks healthy and gorgeous as always.