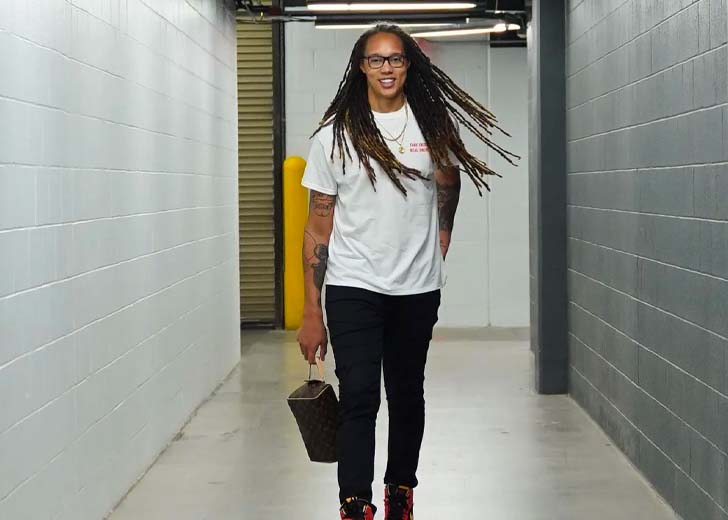 Brittney Griner was bullied for having a boyish appearance.

Brittney Yevette Griner is one of America’s most successful basketball players, and she plays with the Women’s National Basketball Association’s Phoenix Mercury (WNBA).

In 2012, the three-time All-American was voted AP Player of the Year and Final Four Most Outstanding Player. She is among only 11 women to have won an Olympic gold medal, an NCAA championship, a FIBA World Cup gold medal, and a WNBA title.

Despite her professional achievements, Brittney is currently serving her sentence in prison in Russia. Brittney Griner was found guilty of illegally importing cocaine into Russia and was sentenced to nine years in prison.

According to TMZ, Brittney was carrying hashish oil, commonly known as Cannabis oil, which is prohibited in Russia. This resulted in her arrest at the Sheremetyevo Airport.

Brittney Griner was bullied as a young girl for her looks

Brittney was born in Houston on October 18, 1990. Her parents are Raymond Griner and Sandra Griner.

Her father is a former Harris County sheriff and a Vietnam War veteran who served in 1968 and 1969.

However, there is not much information regarding her mother. The basketball star has three older siblings, DeCarlo, Shekera, and Pier.

When she first entered school, Brittney was taller and bigger than most of her classmates. She was bullied because of her boyish appearance and deep voice, which harmed her confidence.

“I never wanted to speak up in class. I didn’t want to hear myself; I hated the way I sounded. I couldn’t listen. They teased me about everything, my different voice, my stature, my chest. I’ve always been flat-chested,” Griner said to ESPN.

Brittney came out as gay, and her father didn’t take it well

Brittney embraced her individuality through clothing and fashion in the ninth school. The young player felt liberated in boyish clothes.

“I would say ninth grade, when I started wearing the clothes that I wanted to wear. I was so tired of living a lie, dressing a certain way. When you go to high school, you definitely feel like you’re an adult, and I wanted to be true to myself,” she shared with Mother Jones.

Coming out to her parents was the next stage in Brittany’s embracing of her individuality. But when she did, papa Ray objected, “I ain’t raising no gay girl.” He prohibited the teenager from inviting friends over to hang out.

Brittney and her father frequently battled, having inherited Ray’s obstinacy. They fought about petty issues, with Ray’s frustration stemming from Griner’s sexuality.

She eventually moved out to live with the Nimitz junior basketball team coach. She was supported by her mother and siblings, who had accepted her sexuality, and Ray changed his mind after seeing how her sexuality didn’t impair her basketball abilities.

At present, Brittney is married to her wife, Cherelle T. Griner.

According to Celebrity Net Worth, Brittney has a whooping net worth of an estimated $5 million. Brittney, who stands at 6 feet 8 inches, has been playing basketball since she was a child.

The NBA star was crowned a McDonald’s All-American at Nimitz High School and a WBCA High School Player of the Year.

The Phoenix Mercury drafted Brittney in 2013. Since then, Britteny has repeatedly demonstrated her incredible abilities, contributing to her net worth progressively increasing over time.