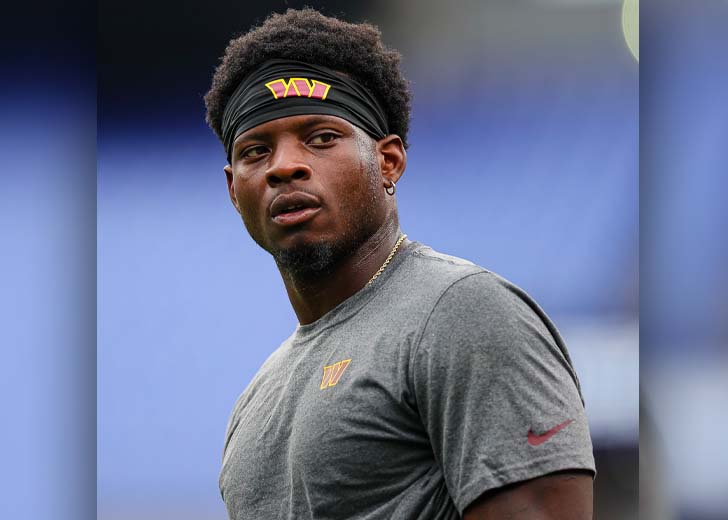 Brian Robinson’s lower body was hit by at least two bullets after he was shot in Washington, D.C.

Brian Robinson was recently shot during an attempted robbery, putting his NFL future as well as his entire life in danger. Thankfully, the injuries are reportedly not life-threatening.

Robinson won the CFP National Championship twice as a college football player at Alabama before being drafted in the third round of the 2022 NFL Draft by the Commanders.

According to the NFL Media and NBC Sports Washington, Robinson was shot twice just before six o’clock in the evening in Washington, D.C., and sustained non-life-threatening injuries. As of now, he is in stable condition in the hospital.

Even though his injuries are not life-threatening, his lower body has been hit by at least two bullets. As of this writing, the procedure to extract them is still in progress.

According to CBS News, his future in the field cannot be predicted right now. It’s terrible news for football fans, especially those who support the newbie. Hopefully, he will recover quickly and return to the ground stronger.

On the other hand, people are announcing the unfortunate news and praying for the running back’s quick recovery on Twitter and other social media platforms. It includes his teammates, journalists, fans, and supporters.

News anchor Sharla McBride tweets, “Mr. Robinson Jr. is a gentleman, a dedicated worker, and a team player. He is a student at Alabama who patiently awaited his turn and shone so brilliantly that the NFL took notice of him.”

“He was changing things. He’ll definitely have an impact. This city must perform better. I’m thinking of him a lot tonight and praying,” the tweet further read.

Another fan tweeted, “I don’t know about the rest of you, but when a player dons the uniform of my favorite football team, whom I have the honor of watching every Sunday, I consider him family. Please keep my brother Brian Robinson in your prayers. I wish him and his family a speedy and complete recovery.”

Robinson is currently 23 years old. He has already significantly impacted his career at such a young age. He became Alabama’s starting running back after waiting many years.

He had wanted this job since he was a kid in Tuscaloosa, watching Mark Ingram and the Crimson Tide crush Texas in the Rose Bowl.

Later with his hard work and dedication, Robinson had 96 carries for 441 yards and five touchdowns. He also had 11 receptions for 124 yards.

In Alabama history, he became the first player to rush for four or more touchdowns since Trent Richardson in 2011.

Who are Brian Robinson’s Parents?

The sportsperson was born to supportive and compassionate parents. His father’s name is Alabama Brian Robinson Sr., but his mother’s name has not yet been revealed on social media.

The cornerstone of Alabama’s career success is his parents. His parents have always supported and encouraged him in his career goals, and his parents consequently raised him to be successful and independent.

Robinson’s parents appear to have been happily married for over three decades. Despite this, no information about their personal lives is shared on social media.