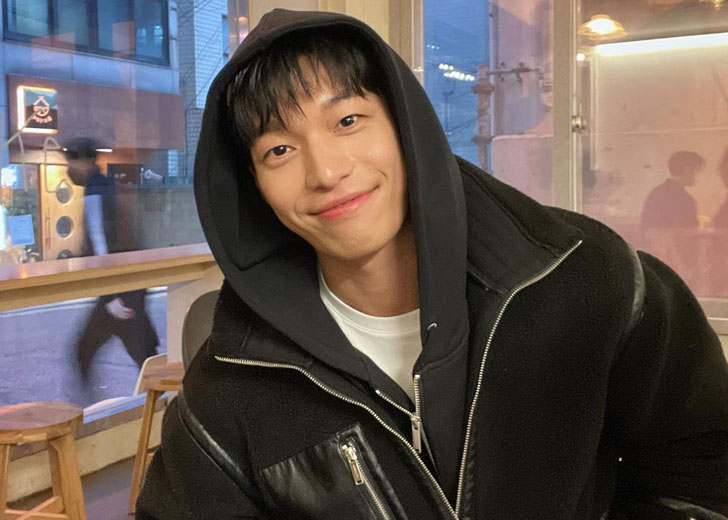 Wi Ha-Joon is a renowned South Korean actor and model who gained fame on a national level for his performances on Korean television shows such as Goodbye Mr. Black, My Golden Life, Something in the Rain, and Romance Is a Bonus Book.

In addition, he has appeared in movies such as Peace in Them, Bad Guys Always Die, Anarchist from Colony, Gonjiam: Haunted Asylum, Shark: The Beginning, and Midnight.

He soared to the international level after appearing on one of Netflix’s most-watched TV shows of all time – Squid Game. In the worldwide phenomenon of a TV show, he portrayed the role of Hwang Jun-ho.

After gaining international fame, he gained millions of followers worldwide. And those fans noticed that not only Ha-Joon is a talented actor, but he is also very handsome. So, they started wondering if this handsome hunk had someone special in his life.

Wi Ha-Joon doesn’t have a wife

The 18 Again TV show actor is notoriously private about his love life and hasn’t shed much light on his personal life matters.

However, when people saw that he occasionally flaunts cute pictures with an adorable little girl on his social media handle, some wondered if the girl was Ha-Joon’s daughter and if he might also have a wife.

Nonetheless, those talks are entirely false as the girl with whom he flaunts pictures on Instagram isn’t his daughter. In fact, the girl is his niece whom he loves very much – her name is Ah-Hyeon.

Now that the rumors of him having a daughter are debunked, it’s also evident that Ha-Joon doesn’t have a wife. To date, there have been no reports of the actor sharing the wedding vows with someone and settling down with his wife.

Is Wi Ha-Joon dating a girlfriend?

Now that it’s clear that Ha-Joon isn’t married to a wife let’s talk about if he is in a relationship.

As mentioned earlier, the actor lives a private life. But, it’s surely known that celebrities tend to keep their romantic relationships as far as away from the media’s cameras and the eyes of the public.

The same could be the case when it comes to the Squid Game actor. However, nothing could be said, with full confidence, without any official confirmation by Ha-Joon himself.

To date, he hasn’t talked about having a girlfriend in the past or present, and neither hinted at having a significant other in his life. His Instagram feed is also clear as he has only shared pictures related to his professional and day-to-day life.

The 30-year-old Wando County, South Jeolla native also hasn’t been linked to any of his co-stars or is rumored to be dating other ladies – either of the industry or outside it. So, to conclude, nothing suggests that he is dating a girlfriend.

So, the only plausible conclusion is that Ha-Joon’s relationship status is single, and he doesn’t have a girlfriend. He might just be focusing more on his acting career for now. That said, there might be a change in the near future.

While Ha-Joon might not have someone special in his life presently, he has previously expressed the ideal type of partner he is looking for.

In an exclusive interview with The Star, a Korean magazine, he mentioned that he likes the kind of partner with wisdom and who is wiser. In addition, he said he favors a strong woman who is also willing to help or be generous to people weaker than her.

These are some qualities that the actor is looking for in his partner. So, ladies, if you have these qualities and your paths get crossed someday, you might just have a chance with Ha-Joon.