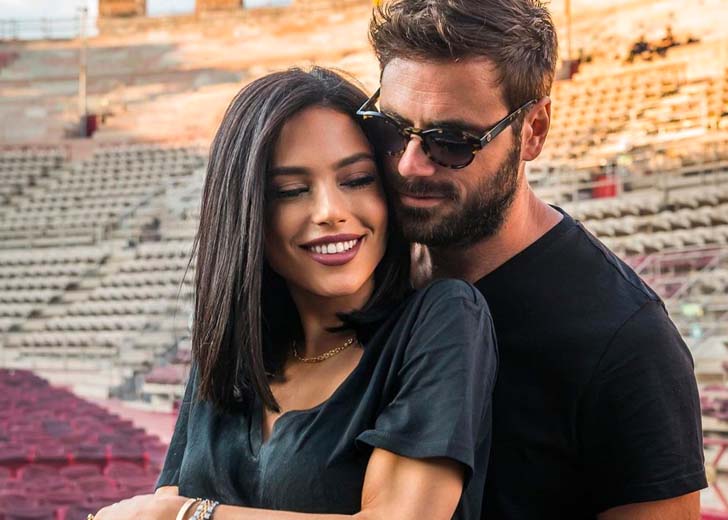 It seems like Stjepan Hauser has a new girlfriend after splitting with his former partner, Benedetta Caretta.

He has recently posted pictures and videos with Irene Garcia Moreno, leading people to believe Hauser is dating her. Moreno is a model and actress who has also been crowned the title of Miss Spain Europe.

Hauser is a cellist who often plays the cello for the women he is dating. So, when he did the same to Moreno, many connected the dots to presume that the pair were in a relationship.

As said before, Hauser has been posting photos and videos with Moreno. Similarly, the model has been doing the same with captions suggesting that she is his new girlfriend.

For instance, the first picture she posted with Hauser was on September 22, 2022. The pair posed infront of Arena di Verona, hugging each other.

Moreno captioned the picture as  “Just being Romeo y Julieta,” hinting they were dating. She then posted another picture inside Arena di Verona where Hauser hugged her from the back while Moreno shyly leaned onto him.

She wrote, “So excited for the concert in Arena di Verona💫💖” and gave the hashtags #italy #verona #arenadiverona #love #hauser #doubletrouble.

The third picture was of the two in Venice, riding a boat. There, Hauser is holding his cello with one hand while his other hand is fondly holding Moreno’s hand.

The model captioned the pictures, “Let’s never leave Venice.” The cellist also posted two videos in the exact location where he is playing the cello for the model.

In the first video, he played ‘My Heart Will Go On’ by Celine Dion while lovingly looking at Moreno. The latter hid her face with her mask as she gazed fondly at the Hauser.

Hauser wrote, “Romance in Venice continues ❤️🎻” as the caption. In the following video, he wrote, “Wherever you go, whatever you do, I will be right here playing for you.”

All of these hinted that Moreno was his new girlfriend and that the pair were dating. Unfortunately, many people did not like that.

They took to comment sections of these Instagram posts, claiming they better liked his former partner, Caretta. Similarly, a couple of them noted that these were all publicity stunts and nothing more.

Hauser often posts such videos with other women, where he plays romantic songs for them. For instance, back in July 2022, he played ‘All of Me’ by John Legend to Kira and captioned the post as “’Cause all of me loves all of you ❤️.”

This has led many to presume that Hauser is not dating Moreno, but they collaborated to make content together. Neither Hauser nor Moreno has confirmed anything.

So, unless they reveal they are dating or are in a relationship, everything is pure speculation.

Even though they were both extremely busy with their different schedules and regular travel, their romance survived. Following their engagement, Rozga and her fiancé moved into an apartment in Zagreb’s center that Hauser had purchased.

However, things did not work out with these two lovebirds, and they called it quit in 2017. The cause for their split has not been revealed to date.

Hauser began seeing Italian beauty Caretta after splitting from his fiancée Rozga. The cellist’s new girlfriend is also a singer, and he has performed several duets with her.

Since they started dating, the two have been seen posting duet videos on their separate Instagram accounts. Their popularity grew during the COVID-19 lockdown by sharing footage of themselves performing together.

It has yet to be confirmed if Hauser got engaged or married to Caretta. According to Hauser’s Instagram Stories (via The Focus), he got engaged for the second time in March 2021.

Hauser did not make an official announcement, but the image of him on one knee as he placed a ring on his girlfriend’s left hand speaks for itself. However, it is unknown if they are engaged to date or have parted ways.