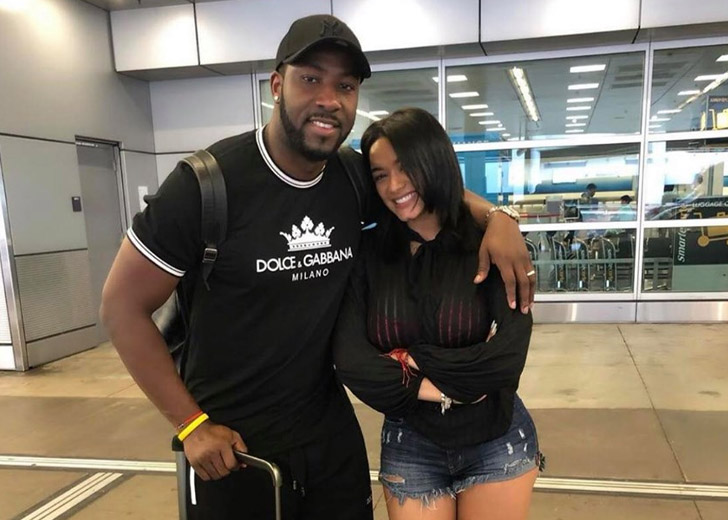 Professional cricketer Andre Russell represents Jamaica in local West Indian cricket as well as internationally for the West Indies as an all-rounder.

The all-rounder is renowned for his fast right-arm bowling and right-handed batting. He has participated in more than 300 Twenty20 (T20) games for various teams in international leagues.

In the 2018 Caribbean Premier League, Russell achieved a century in a league-record 40 balls and claimed three wickets in the same game. He, therefore, became the second player in a T20 encounter to take a hat-trick and score a century.

However, because the internet is rife with divorce rumors, the Jamaican cricketer is garnering attention for his personal life rather than his professional one.

Did Andre Russell separate from his wife Jassym Lora?

Given that there are no photos of Russell and his wife together on the platform, it appears from their Instagram that they may have split up.

Fans speculate that the couple may have divorced since they erased each other’s photos from their individual Instagram.

If you filter through his Instagram, you can only view his portraits and a few photos of him with his daughter. His wife, Lora, is not in any of the images.

On his Instagram, where there used to be many romantic photos, there are no pictures of Russell with his wife.

The same scenario also unfolded in Lora’s account. There is not a single picture of her husband in any of the 167 posts. Her Instagram is full of her self-portraits, along with a few with her baby.

Nonetheless, the two continue to follow one another on Instagram. The matter is yet to be officially addressed by Russell and his wife.

The West Indian cricketer Russell tied the knot with Lora in 2016, after being engaged for two years, in a private ceremony surrounded by her near and dear ones.

The cricketer wore a white shirt paired with a black bow tie for the wedding and finished the look with a classic black suit.

Similarly, Lora looked stunning in a traditional white gown with her hair down during her wedding. After a few years, the couple welcomed a beautiful daughter and named her Amaiah S Russell.

However, nothing is known about the couple’s premarital relationship, including how they met and how long they dated prior to saying “I do.”

Lora, 32, is most well-known as the wife of famous Jamaican cricketer Russell on the internet. She was born on February 11, 1989, in Miami, Florida.

The 32-year-old started her career as a model when she was just 19 years old. Before going public with her romance with Russell, Lora had a modest level of popularity.

Lora is an American fashion blogger and model renowned on Instagram for her daring brand shoots. She is also a fashion influencer.

She did engage professionally with many well-known personalities, but her relationship with Rusell catapulted her to popularity.