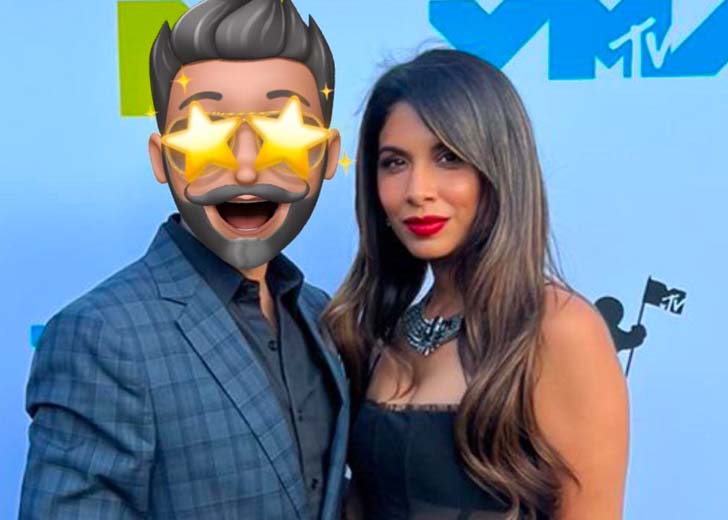 Sheena Melwani has been married to her husband for multiple years.

Sheena Melwani is a talented Canadian singer and internet star who garnered the limelight during the pandemic. She has over 1.7 million and 9.2 million followers on Instagram and TikTok, respectively. And on her self-titled YouTube channel, she has more than 1.52 million subscribers.

And while she got into social media by complete fluke, she had been expressing her feelings through writing and songs. On her official website, she stated that she processed different phases of her life, including breakthroughs and hardship, through music.

She wrote, “My songs tell the stories that I don’t always know how to share in words. They weave through my insecurities and help me appreciate the beautiful world around me. My music, like my life, is inspired by the experiences around me.”

Since Melwani’s rise to fame, she has maintained an active presence across all her social media handles. However, her music and skits aren’t the only reason that has attracted viewers — the other reason is her relationship with her husband.

For those asking if the social media star is still married, we can confirm that there are no reports of Melwani divorcing or separating from her longtime husband, Dinesh Melwani. The couple is happy and together as of 2022.

As for their relationship, the majority of details are still kept under wraps as both prefer to maintain privacy. Nonetheless, Sheena’s official website hinted that she had been married to her husband long before she came into the spotlight.

Multiple online outlets have also reported that the now-married couple initially moved to Japan but later relocated to Natick, Massachusetts, where they still reside. Similarly, it’s said that they shared the wedding vows around 2016 or 2017, but the exact date is unknown.

Besides these, there is no information about Sheena’s relationship with her husband. However, it’s no hidden fact that the love birds share two adorable children. Yes, that’s right! The singer is a mother to two kids; a son and a daughter.

Who is Sheena Melwani’s husband?

Like his wife, Dinesh Melwani is a fellow social media personality who rose to fame simultaneously as Sheena. Dinesh, also an attorney, is best known by some of his internet nicknames: The Real Indian Dad, TRID, and Mr. Close the Windows.

A post shared by Mr. Close the Windows (@therealindiandad)

After garnering fame, he and his wife took a step back to value their family’s privacy, due to which the viewers couldn’t see Sheena’s husband’s face. And whenever Dinesh appeared on Sheena’s Instagram post or YouTube video, an avatar would be added over his real face.

Born in 1978 as Dinesh K. Melwani, he was initially raised in the suburbs of Mumbai, Maharashtra, India. He is currently 44 years of age and celebrates his birthday every year on June 30. Likewise, his zodiac sign is Cancer, and his ethnicity is Asian.

Although born in India, Dinesh left his home nation and moved to Canada to get better academic and career opportunities. Later, he joined Concordia University to study Law. And upon his graduation, he enrolled at McGill University in 2001 — he graduated in 2004.

Sheena Melwani about to kiss her husband Dinesh Melwani, aka TRID (Photo: YouTube)

Following his graduation, the attorney began looking for jobs in reputed firms. He eventually got one at Bingham McCutchen LLP, where he worked for nine years: from September 2005 to November 2014.

After he left that job, he partnered with a Boston-based international law firm called Morgan, Lewis & Bockius LLP. He stayed as a partner from December 2014 to February 2018. Around the same time, Dinesh joined his present workplace, Mintz Levin, as a transactional attorney.

Sheena Melwani always wanted to be a mother

As mentioned earlier, Sheena has two children. And while she often flaunts her offspring on her Instagram handle or YouTube channel, she is yet to disclose their age and names.

That said, the internet star has mentioned on her website that she always wanted to be her young mother. And when she welcomed kids, she decided to take some time off everything and focused on raising her son and daughter.

Sheena Melwani with her children in May 2022 (Photo: Instagram)

She stated, “I thought I would take a year or two off and jump back into building my career, but it just didn’t feel right for our family, so what started as a year or two ended up being much more!”

When Sheena began to plan to return to her career, she realized that she was a different person with different priorities and expectations of her life. And while she chose not to go through the traditional route, she didn’t know other ways of doing things.

Later, the pandemic hit the world, but she decided not to stand still and do nothing. With encouragement from her family, she began to perform live concerts “for friends and family by taking requests during live sessions and performing them in real-time.”

And one night, when Sheena was recording content for her social media accounts, her husband, who didn’t know the camera was rolling, appeared and started doing hilarious things.

“I posted that video online, and it went viral! So we decided to record more ‘interrupted videos,’ and as they say – the rest is history!”

“And now, thanks to you, this mother of two, who was afraid of coming back to a world that had so drastically changed while raising her babies, has you all to thank for helping her find her happy,” she added at the end of her website.